"Films have to depict mental health issues in a sensitive way"

Supporting this was event was the host venue, City Hall at The Queens’s Walk, London.

Several key members figures from Tongues on Fire – UKAFF, and an actress shared their views. This includes why mental health amongst South Asians is important and the portrayal of mental illness in Indian cinema.

Aman Dhillon, was the Project Manager of this mental health activity. Whilst, Dr Toyeba Mushtaq was responsible for the final report, along with presenting its findings.

We exclusively caught up with Dr Pushpinder Chowdhry before the launch, gaining her insight into this much-needed initiative.

What made UKAFF explore mental health and the film arena during COVID? 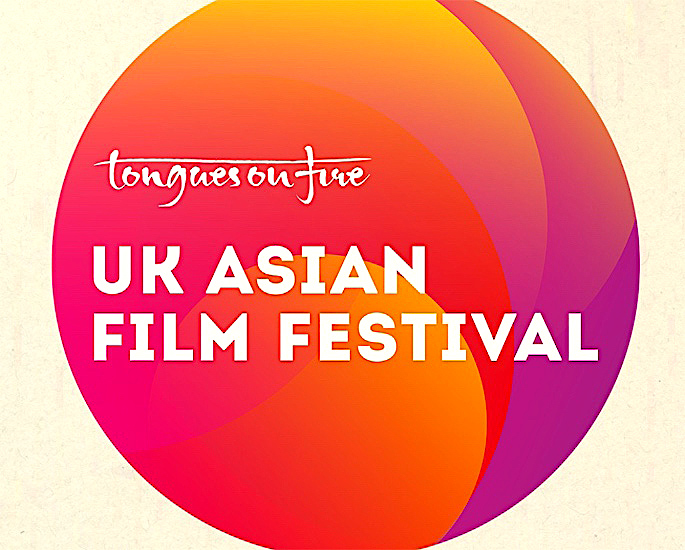 The UK Asian Film Festival organised by Tongues on Fire was cancelled for the first time in its 22-year history.

The shock of the sudden lockdown taught us to be more sensitive and resilient, along with responding in a positive way to given circumstances.

We felt the best way to remain connected with our audiences and the film industry was to move our screenings online. Post-screening panel discussions took place via Zoom.

We created a UKAFF Film Wallahs Club, free for all film buffs to join.

The club proved to be an instant success with lots of people joining our regular screenings. This enabled us to establish continuous contacts with our filmmakers and film enthusiasts.

In these unprecedented times, it’s fair to say that this coronavirus pandemic hasn’t just impacted our physical health but mental too.

UKAFF was very much aware of the impact on artists. Many were working on a freelance basis and we recognised there was no specific counselling service set up for South Asian artists based in the UK.

All the limited data, statistics, personal stories, and honest testimonials had been collected from the participants. After collecting all this over ten months, the final result came in the form of a report.

We realised the severity of the situation and acted promptly despite it being challenging.

UKAFF worked together as a team to overcome the impact of the festival cancellation and the lockdown on staff, volunteers, artists and filmmakers.

What were the thoughts of actors and filmmakers on mental health? 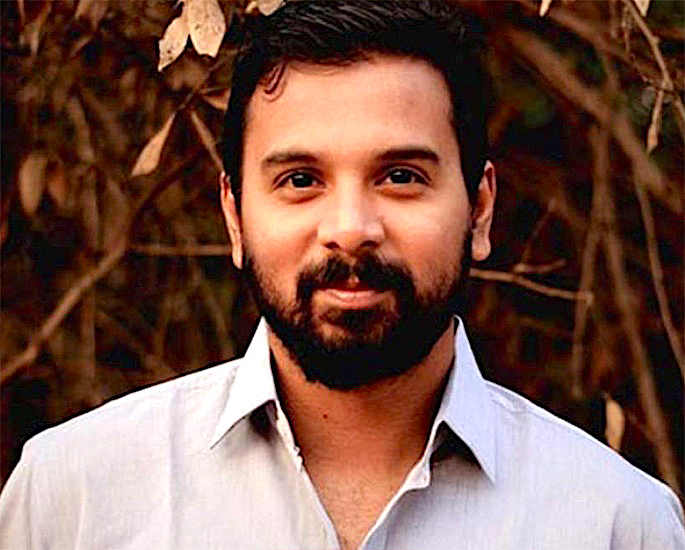 Traditionally Asians find it difficult to talk about mental health especially in the film world. This is where acknowledging depression or any kind of mental health issue is perceived as a weakness.

We were aware that South Asian men needed to hear other men talk about mental health. This is in order to accept the need to seek help and break down the stigma attached to it.

A month-long campaign was organised in September with South Asian artists. This was to promote a message to encourage men not to suffer in silence but instead, to seek help.

They shared views in their mother languages such as English, Hindi, Urdu, Gujrati, and Tamil for a maximum reach.

“The recorded and edited views were widely distributed via various social media platforms.”

With many individuals coming out and seeking help on our mental health helpline, the campaign was a successful one.

It is crucial to highlight that our volunteers, staff, and friends began a conversation about the significance of mental health awareness.

Films have to depict mental health issues in a sensitive way to spark off an open discussion about how individuals can identify, label and seek help.

How did the UK Asian Film Wallahs initiative promote health and well-being? 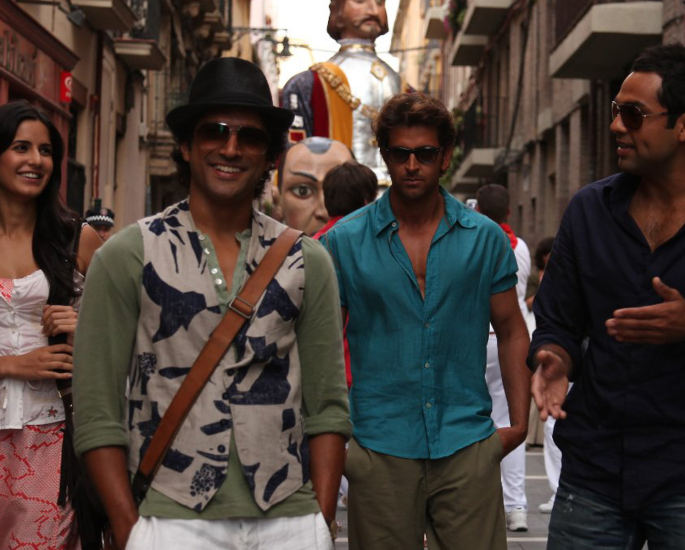 Joining the club is free. The films are selected from the OTT platforms or on the TV channels.

The club has once a month meetings, discussing an entertaining film, with a social relevance. Journalist, Anuj Radia is the host for the discussion on zoom.

The club normally ends up talking about significant social and political matters with context to the film they had viewed.

These comprise issues relating to women in films, Black Lives Matter, the Me Too movement, LGBTQIA+ portrayal, and contemporary political angles.

Additionally, during the pandemic, UKAFF arranged online screenings with post-film Q&As. This was in aid of filmmakers, promoting a ‘feel-good factor ‘ and a sense of wellbeing.

There were special discussions on film and documentaries headed by Professor Dinesh Bhugra CBE, Psychiatrist, and author of the book, Mad Tales from Bollywood.

The timing of the documentary was vital, especially after the suspicious death of the well-known Bollywood actor, Sushant Singh.

The film allowed debates about the limitations of “emotional and institutional support” for Bollywood stars.

The film Kathaa@8 also had a digital screening. This is the first feature film from around the world in eight Indian languages.

An online discussion, with all the cast and crew, followed post-screening. The panellists gave an insight into the process and of shooting the film during the peak of the coronavirus.

UKAFF also teamed up with The Bollywood Company LIVE during COVID-19, for audience interactivity over four Drive-in Screenings reflective of modern, evergreen, and well-being Indian cinema.

This includes sold-out screenings of Zindagi Na Milegi Dobara and Ram Leela where people had the chance to enjoy the unique, outdoor cinematic experience.

Can you enlighten us about the Online Mental Health Discussion? 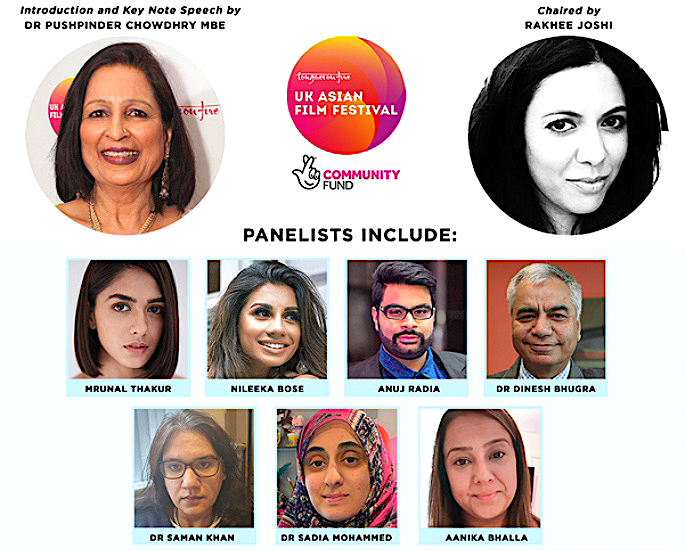 This uplifting event was facilitated to give a safe space for artists, especially those that were suffering from mental health.

They were able to discuss issues, feeling safe in an environment where everyone had the opportunity for sharing their experiences.

The focus of the discussion was pinpointing certain topics, stresses, and challenging aspects that South Asian artists and filmmakers were facing in respect to the corona outbreak.

The dialogues were also touching upon the effects that COVID has on an individual’s creative capacity and mental health.

In addition, the conversations went on to recognise openings in “support structures” across the “South Asian film industry.”

Furthermore, through discussion with health practitioners, we explored along with our Desi communities what can be done to help South Asian artists and filmmakers.

Our round table talk had a sparking impact, encouraging a positive conversation into the delicate issues of “shame” and “negative connotations”, linking with mental health.

What came of the discussion was the difference between each individual and the need for a specific strategy to combat mental illness as well as taking responsibility for your mental well-being.

“The emphasis was on how the mind and the body had a connection, particularly with the impact it has on one another.”

Rakhee Joshi was responsible for chairing this very important discussion.

Tell us about Priya’s Mask and the importance of showcasing such cinema? 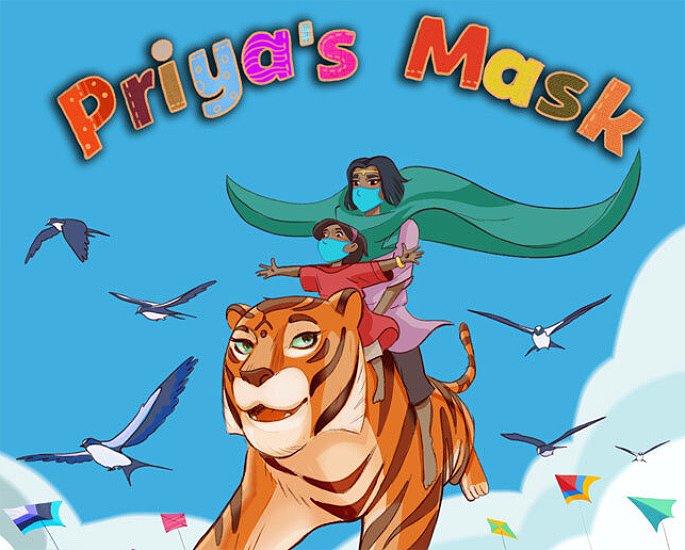 Symbolising courage and being a “force for change”, the film is about Priya fighting the pandemic as it causes havoc across the globe.

After befriending Meena, a little girl, Priya shows her the sacrificing nature of healthcare workers on the frontline.

Priya is influential in giving this girl some strength and instilling a compassionate level during such challenging times.

An impressive lineup of global stars and leaders with a feminist perspective relay their voices to this important film. They include  Vidya Balan, Mrunal Thakur, Sairah Khan, and Rosanna Arquette.

Post-screening there was a riveting Q&A with the artistic group behind the innovating film and greater comic book, depicting real life.

Shubhra Prakash (writer), Syd Fini, Hamid Bahrami, and Neda Kazemifar (illustrator and Animator) were the other names on the panel.

The importance of such a film was the historic and pathbreaking facets to it, realising the emotional toll COVID-19 had on the youth.

The film was also groundbreaking in terms of combatting the misinformation side of the pandemic.

The comic book has a credible legacy with a specific concentration on creating awareness about the dangers amongst young people.

The comic book series is available to download for free.

In light of the report, as a Psychotherapist what are your views? 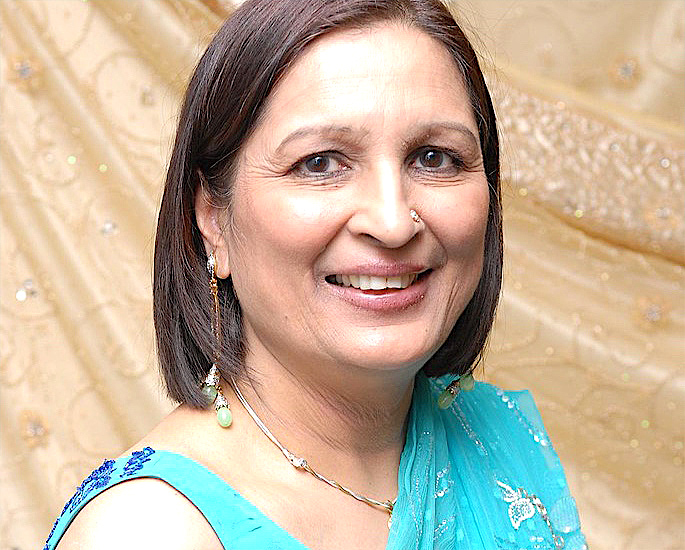 The publication aims to guide the importance of the mental health of the individual in difficult times.

This report is a starting point of looking at mental health issues in films and with creatives.

We aim at the South Asian films and the participants in the film and media. Although it is not a fully comprehensive overview to ignite a dialogue to address some of the important issues.

The research has addressed and explored several issues of interest that are crucial to support good mental health.

There is a special need for a support framework for South Asians working in the film industry to underpin their psychological well-being.

We also recommend having a “culturally-focused, free support structure in place” for South Asian artists as a ‘first point of contact’ service to talk safely in confidence.

This can be about any issues and challenges regarding mental health.

It is crucial to have a support service that is sensitive to the cultural diversity of the client to understand and comprehend the situation and respond appropriately to their emotional needs.

The initiative of ‘social prescribing’ helps people to connect to films and Bollywood music and dance need to be part of the wider well-being of support services offered under social prescribing.

“These events create a space for social connection and interaction.”

There is an urgent need for more resources and financial support for culturally specific services already existing.

These include organisations like the UK Asian Film Festival who are recognising and addressing mental well-being through films and film events.

The consequences of mental health have also been highlighted in an article titled, Repeated celebrity suicide in India during COVID-19 crisis: An urgent call for attention.

As part of the Elsevier Public Health Emergency Collection, the journal style piece cites PTI 2020, stating to the editor:

“As per the media reports, several Indian celebrities committed suicide during this COVID-19 pandemic.

“The… news reports the suicide of popular, young Marathi Actor Ashutosh Bhakre on 30th July 2020. The report mentions the possibility of depression in the actor.”

It continues to give reasons about the deeper issues that are neglected:

“Mental health needs of celebrities are complex, often unaddressed due to different psychological concerns such as unwillingness to give up fame, mistrust, isolation, and character-splitting.

For the well-being of everyone connected to the British Asian and South Asian film fraternities, this mental health report is no doubt a good intervention and a foundation to identify further strategic entry points.

This report is just the tip of the iceberg. However, not only does it address some key issues, but can also be comforting for many.

Faisal has creative experience in the fusion of media and communication and research which increase awareness of global issues in post-conflict, emerging and democratic societies. His life motto is: "persevere, for success is near..."
Vicky Kaushal reveals Biggest Fear on ‘Into the Wild’
Sushant Singh Rajput’s Ex-Girlfriend Ankita Lokhande to Marry?