The DESIblitz Film Fusion festival won the hearts of audiences and filmmakers. Find out which actors and films won.

"It was a dream come true."

With a mix of Punjabi, Pakistani, Sports and UK & World films, the DESIblitz Film Fusion festival was a sterling success that brought audiences and filmmakers together via their unique films.

“We are humbled by the successful outcome of the first edition of the festival. We were fortunate to have a wonderful group of filmmakers and talent who had gracefully embraced Film Fusion.

“For the inaugural festival, we thank the audience in attendance who came to enjoy some diverse cinema.

“It was a great sight to see a packed cinema hall for Jinnah, with near full houses for Siri: The Plight of Indian Farm Workers and East is East.

“Film Fusion will expand and introduce Bangladeshi cinema from 2023, whilst continuing to elevate and promote Punjabi, Pakistani, and UK & World Films.”

“I am thrilled to have had the opportunity to work on this exciting new festival and it was an honour to have had actors, directors and filmmakers from all over the world attend and enjoy the festival.

“It’s a very tough industry to break into and trying to increase greater representation and opportunities for South Asians in filmmaking in the UK is a long road but it’s a challenge that we take on with both eyes open.

“It’s sometimes hard to envisage exactly what the response will be to new concepts and fusions with film festivals but overall the response to this festival has been overwhelmingly positive from the public and we are already in discussions with sponsors and film directors about the festival for next year.

“This festival is created for the community to fill a void in film screening that has been missing for quite some time.

“Next year we hope to be back bigger and better and with lots more opportunities for communities to better connect and understand each other.”

The festival showcase featured Jinnah directed by Jamil Dehlavi which was a sell-out and a valued history lesson and India’s Daughter produced by Leslee Udwin which instigated great debate.

Mian Adnan Ahmad’s The Journey Within – The ‘Coke Studio’ Origin Story was also featured in the festival alongside the rural societal film Siri: The Plight of Indian Farm Workers and Cha, the terrific animation made by Gagandeep Kalirai. 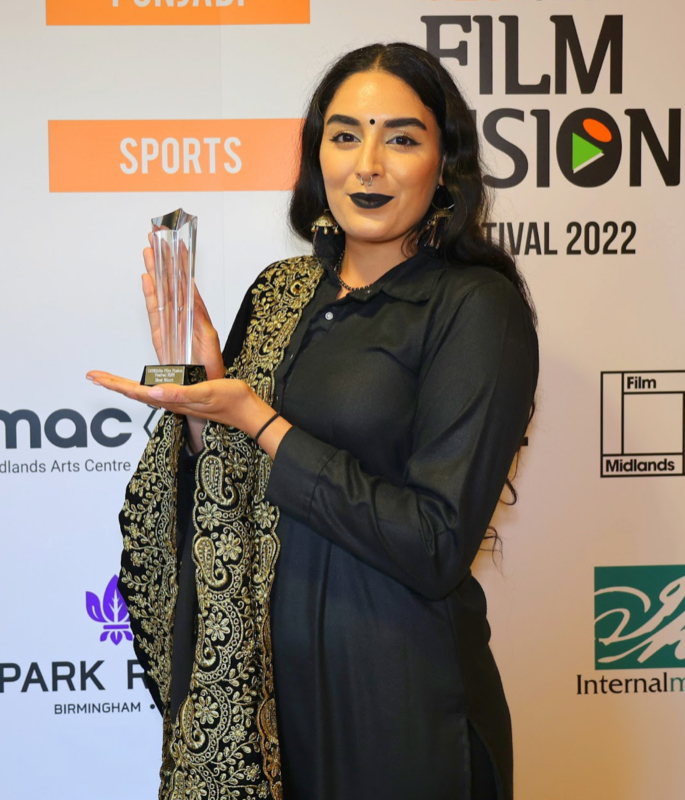 All of the films screened at the ODEON Luxe Birmingham Broadway Plaza and Midlands Arts Centre (MAC) contributed to 10 days of delightful and different films enjoyed by festival audiences.

They were joined by producer Leslee Udwin, directors Jamil Dehlavi, Tajinder Sindhra and Mian Adnan Ahmad who provided audiences with discussions around filmmaking and backstories about their projects. 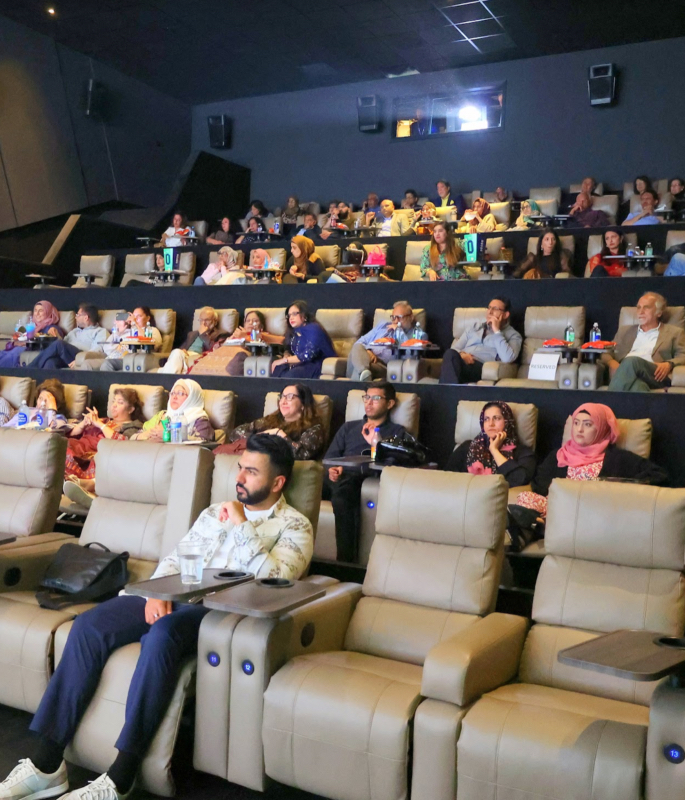 The closing night screened the taboo-led Am I Next starring social media influencer and actress, Anushka Sen and featured an insightful Q&A with her.

After which, the inaugural DESIblitz Film Fusion 2022 Awards ceremony wonderfully completed the festival by celebrating filmmakers and their contributions to the festival.

Winners of the DESIblitz Film Fusion festival awards are:

Anushka Sen – Am I Next

After picking up the Best Actor award, Shoib Nikash Shah issued a statement reading: “As an actor, my onscreen character was very appealing from the onset.

“To me, he is like an actual, Herculean hero. It was a dream come true to depict the various human aspects, which naturally flowed through from HG Wells to Rahat Kazmi Ji.

“I would like to express special gratitude to everyone connected with the first edition of the DESIblitz Film Fusion Festival 2022.

“I am very thankful to the organisers for officially selecting, Country of Blind, under their UK & World Films strand and showcasing it as an Opening Night World Premiere.” 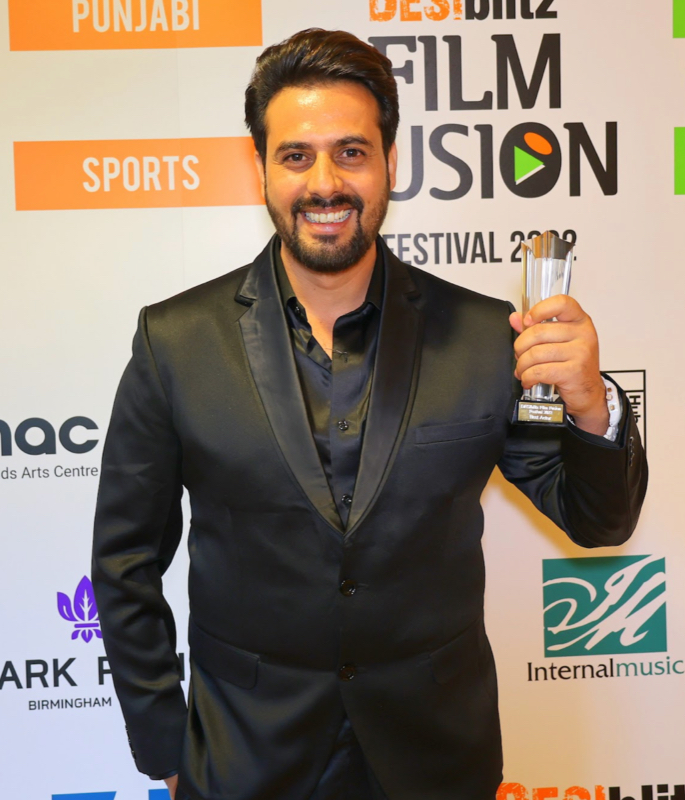 Faisal Shafi sees potential in Shoib, mentioning: “Shoib Nikash Shah has all the ingredients to become a successful actor and filmmaker, providing he continues to nourish and solidify his talent.”

“Future destiny firmly lies in the hands of Shoib as we see get to him beyond and over the mountains.”

Anushka Sen, who made headlines for her performance in Khatron Ke Khiladi Season 11, won the Best Actress award after she impressed audiences with her role in Am I Next.

The film was also the DESIblitz Film Fusion Festival’s closing film, and it was shown to a crowded theatre with enthusiastic applause. 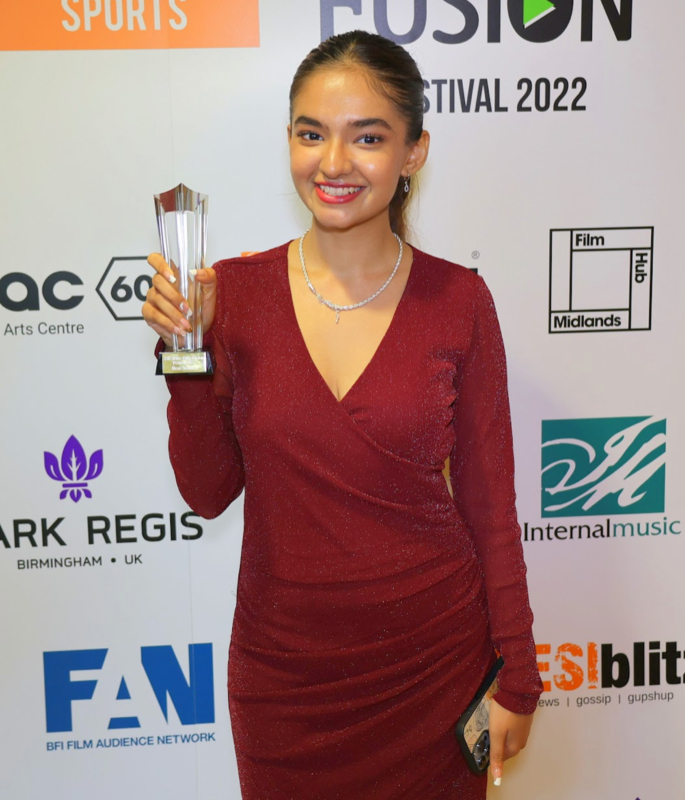 Am I Next is based on the true tale of a young rape victim who had to fight a protracted legal battle to abort a pregnancy caused by rape.

As the legal system forbids minors from terminating pregnancies, the issues grew until the court issued a landmark decision.

The award for Samar Minallah Khan for her inspiring documentary OutSwing was collected on her behalf by Ziauddin Yousafzai and Toor Pekai Yousafzai, the parents of Malala Yousafzai. 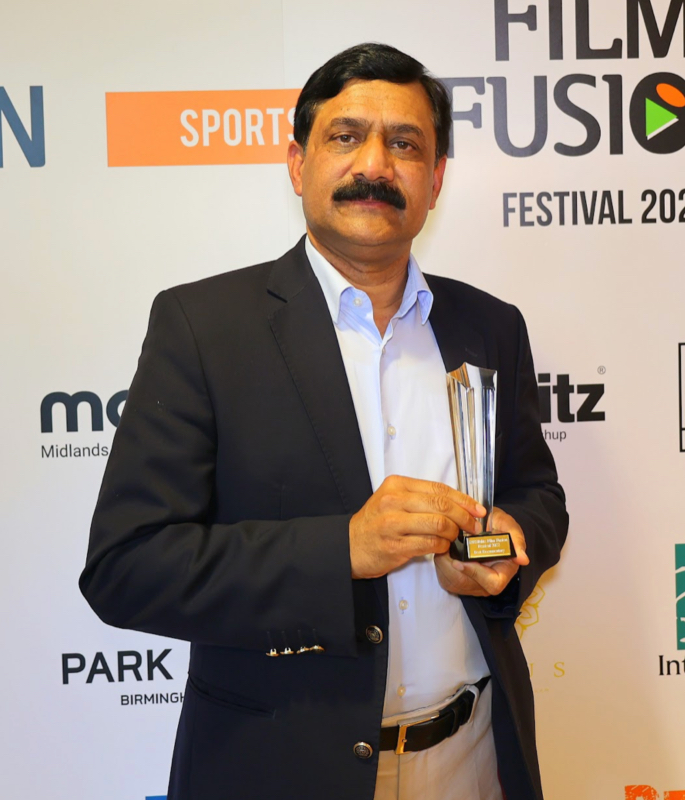 The documentary showcases female students learning cricket from a young coach in the Pakhtun population on the outskirts of Islamabad, which is also being appreciated internationally.

Rajeev Kumar was awarded Best Director for his Punjabi film Chamm which tackled caste and community issues with a great story.

The film brought to the screen experiences of all Punjabi people despite faith or background who experience trauma and loss.

The ethos of the festival was to increase awareness of films related to specific Desi storylines that need their narratives unveiled and told to new and existing audiences.

Check out some more pictures from the DESIblitz Film Fusion 2022 Closing Night and Awards: 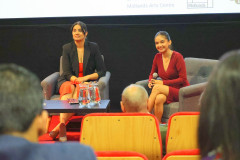 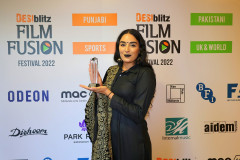 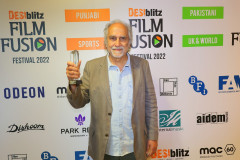 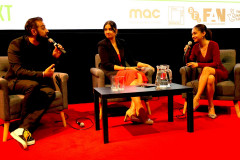 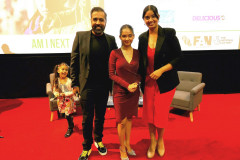 With the festival past its inaugural stage, DESIblitz Film Fusion is now already in talks with filmmakers and producers for 2023 entries, reviewing the amazing audience feedback and planning some exciting weekenders on their way between now and the next full film festival.