In a shocking incident, a young woman from Delhi had a love marriage only to be murdered. Her body was later dumped near some bushes.

Sahil told her that he would only marry her if she leaves home.

The body of a 20-year-old woman from Delhi was discovered dumped near a set of bushes just months after she tied the knot in what was a love marriage.

The dead woman was found on Wednesday, November 27, 2019, in the village of Dadlana, Haryana.

During the investigation, police identified the victim as Nancy Sharma, a woman originally from Delhi who moved to Haryana after getting married.

Police officers revealed that Nancy had been missing since November 10, 2019.

While the victim’s body was discovered in strange circumstances, Nancy’s father has claimed that his daughter was murdered by her husband and his associates.

Officers from Panipat Police Station recovered the body and sent it for a post-mortem. They also transferred the case to the Delhi Police.

Sanjay Sharma told police that he is from Delhi and during a party, his daughter met a man named Sahil Chopra.

They regularly spoke and got into a relationship. They eventually decided that they wanted to get married.

However, Sahil told her that he would only marry her if she leaves home.

The talk of marriage was something that Mr Sharma was initially against but despite that, Nancy tied the knot in a love marriage.

Mr Sharma explained that his daughter had suddenly disappeared in January 2019. However, he later found out that she had eloped with Sahil and married him on March 7, 2019.

He found out about his daughter’s marriage when she sent him a photo on March 24, 2019. 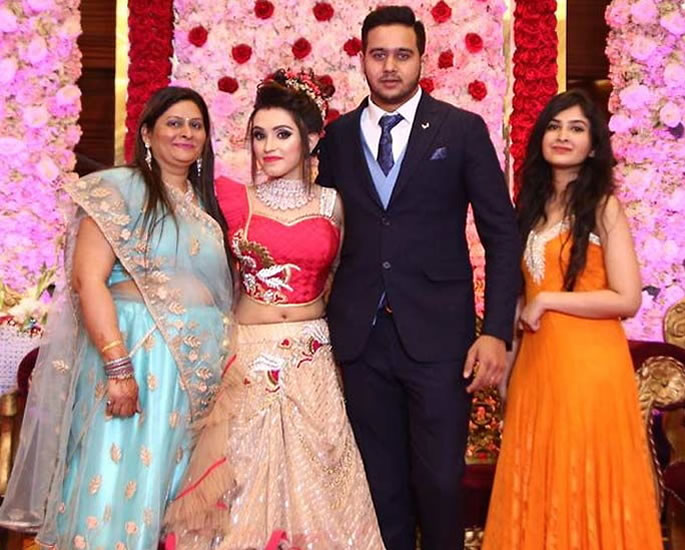 Although he initially opposed the marriage, Mr Sharma was ultimately happy for his daughter.

However, Mr Sharma went on to say that after the marriage, things took a turn.

He alleged that Sahil and his family constantly harassed Nancy for dowry and when she could not fulfil their demands, they would beat her.

Whenever Mr Sharma would ask about his daughter, her in-laws would come up with various claims. They had previously said she was in France.

On November 10, 2019, Nancy had disappeared and Sahil was also not at home.

Nancy’s friend found out and told Mr Sharma who subsequently informed the police.

When he asked Sahil’s parents about his daughter’s whereabouts, they said she had gone on a trip with her husband to Haridwar.

But on November 27, 2019, her body was found dumped behind some bushes in a puddle.

Police are waiting for the post-mortem report, which will reveal Nancy’s cause of death. Meanwhile, Sahil, his friend and his uncle have been arrested.

Dhiren is a journalism graduate with a passion for gaming, watching films and sports. He also enjoys cooking from time to time. His motto is to “Live life one day at a time.”
Brothers hid £12,500 Drug Money under Sleeping Mother
Indian Dr Priyanka Reddy Killed & Burnt Alive on Way Home