‘The Married Woman’ Stars open up on Roles

‘The Married Woman’ is just around the corner and leading stars Monica and Ridhi Dogra opened up on their roles in the web series.

"I resonate with these themes very deeply."

Monica Dogra and Ridhi Dogra have opened up on their roles in the upcoming web series The Married Woman.

The show is set during the 1990s and it explores the love story between two women and their subsequent choices.

Following roles in several films, Monica is happy to be part of such a meaningful project.

Monica explained: “I’m very grateful to have come across such a meaningful project where I play Peeplika, a pansexual artist-activist who is passionate about liberating herself and everyone around her from false societal pressures based on divisive religion or politics.

“I resonate with these themes very deeply.”

The Married Woman is based on Manju Kapur’s book of the same name.

The story revolves around Astha (Ridhi Dogra), a dutiful wife and a doting mother.

After meeting an unconventional artist named Peeplika, she sets out on a journey of self-discovery.

Like Monica Dogra, Ridhi is also excited to be a part of the upcoming series, saying she feels “honoured”.

On her experience of playing Astha in the show, Ridhi said:

“I feel quite honoured to be part of The Married Woman and to play the titular role is really a dream come true.”

For the actor, the subject at hand needed to be “dealt with utmost sensitivity and grace”.

Ridhi added: “We are telling the story of individuality, love and acceptance.

“And it doesn’t matter to me the orientation of any character as long as it’s told with dignity.

“And that’s exactly how the experience was.”

Ridhi had previously taken to social media to share how she has been in awe of her character.

“From the moment I started till the last moment I played her, I was awed by Astha’s resilience in silence.”

“It reminded me of the quintessential Indian woman – who on the outside might seem ordinary but once you step into her world, you’d be bowled over by her extraordinary character and strength.

On her character, Ridhi said: “A ‘perfect woman’, timid and loyal to her family.

“A daughter, a wife, a mother. She’s undertaken many roles in her life, but whilst pleasing everyone she’s lost her individuality.

“This is the journey of Astha, The Married Woman who is everyone’s, but her own.”

The Married Woman is produced by Ekta Kapoor and will stream on ALT Balaji and Zee5 from March 8, 2021. 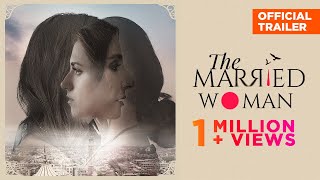 Dhiren is a journalism graduate with a passion for gaming, watching films and sports. He also enjoys cooking from time to time. His motto is to “Live life one day at a time.”
Ameesha Patel in Court for Cheque Bounce Fraud
Study finds Bollywood still associates Beauty with Fair Skin