Within South Asian culture, gender roles have always had an impact on people. But, these Desi male influencers are starting to change that.

At some point in a young Desi person’s life, gender roles have been attached to different items and activities around them.

These ideas have been ingrained throughout the very fabric of society, family, and tradition, where they are strengthened and normalised.

When one leaves the secure confines of the systems that uphold such preconceptions, the constructions of these gender binaries become apparent.

This is where Desi male influencers have recently started pushing the boundaries of traditional gender norms.

DESIblitz has listed a summary of the activities men are pursuing and, as a result, making it available to everyone, regardless of gender or sexual orientation. 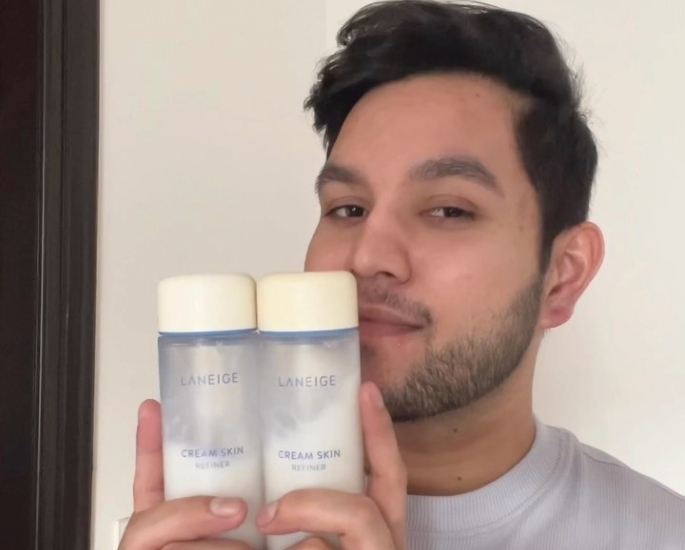 The concept of taking care of one’s skin somehow has become labelled as “feminine” among young Desi males.

Many male youngsters adamantly refuse to use lip balm on chapped lips out of fear of seeming “girly.”

In response to being questioned about a skincare routine, an Indian teenager, aged 16 said:

The common stereotype suggested by young Desi boys has portrayed looking after skin as unmanly.

However, several influencers who have taken social media by storm aim to eliminate the gender roles in skincare and self-pampering.

Influencers Shakti Singh Yadav and Yashwant Singh have created many videos on their Instagram platforms.

Here, they showcase how to maintain good skin with common items like face wash, sunscreen, and moisturisers.

The Dynamite Male, a YouTube user whose real name is Sahil Gera, has created a personal brand centered on skincare regimens.

Aiming to eradicate the gendered narrative around this industry, Sahil recognises skin-related issues and recommends the best solutions and approaches for males. 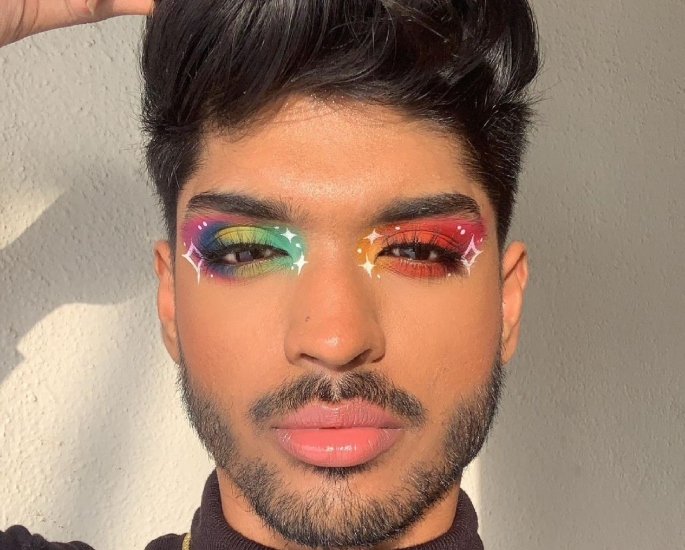 With makeup commonly associated with women, since they are a historically oppressed gender, the act of “beautifying” oneself is linked to appeasing the male gaze.

By extension, it was believed that males are naturally above the “vain preoccupation” with improving appearances that led to the need for makeup in women.

The history of makeup could be traced back to ancient Egypt where kohl and other cosmetic items were used by all genders.

However, since its history, the activities linked with wearing makeup discriminated against the male gender.

Popular social media users like Siddharth Batra, Ankush Bahuguna, and Shantanu Dhope further demonstrate how makeup is for anybody who enjoys it.

Additionally, Jatinder Grewal has broken stereotypes for Punjabi men by being the first gay makeup artist to share his sexuality openly within the Desi community.

Jatinder is a globally recognised makeup artist with over 40,000 followers on Instagram.

Breaking several glass ceilings to get to success, Jatinder followed his passion for pursuing makeup and has built a recognisable brand. 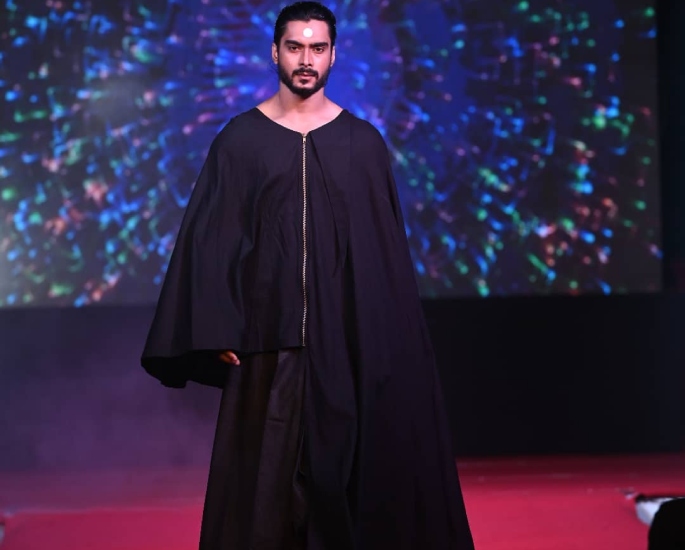 Fashion designers and artists are removing the distinction between genders in menswear.

Designers have introduced alternatives in sheer fabric, opting for flowers and bold designs, and combining them with plunging necklines, flowing flares, and a few ruffles.

Designers like Sidhartha Tytler and Sumiran Kabir Sharma (label – “Anaam”) have integrated fluid and non-binary styles into both their clothes and their collections.

They are combining flowing fabrics and traditionally feminine fashion elements like curtains and skirts into menswear.

Sushant Divgikr, a drag performer and fashion star, is renowned for his daring looks that cross all gender lines.

These fashion trailblazers are leading the way for gender-neutral clothing that accepts everyone regardless of sex or sexual orientation. 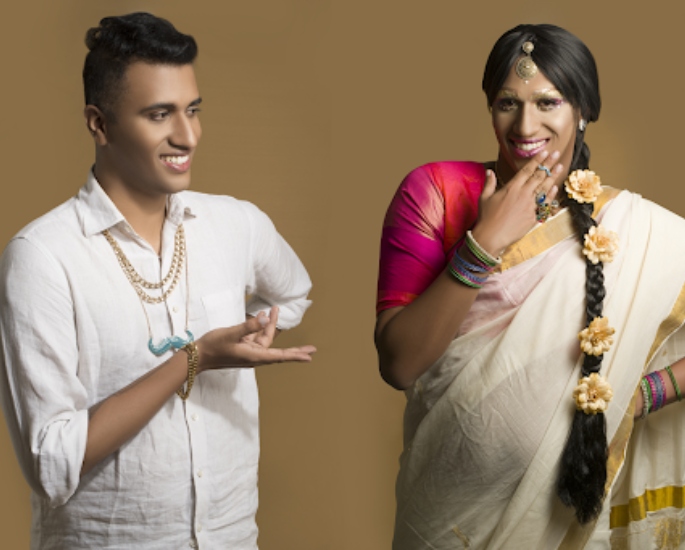 Generally, it is believed that only girls should wear skirts, heels, crop tops, and high-waisted trousers.

However, some men prefer to avoid putting a gender label on clothing instead of letting self-expression take the lead.

Many Desi men stand out with their creative styles, having little care about gender expectations, continuing the style from model fashion ramps into their clothes.

Another role model who rejects the idea of gender roles in both art and clothing is the drag artist Alex Mathew aka Maya.

Alex has also performed in a sari, completing the appearance with flowers in her hair, distancing sexuality and gender identity from drag.

Kiran did not let criticism that dancing or accessories were “too feminine” stop him from pursuing his love to the fullest.

Kiran has established a team, and a studio, and is now a dance instructor and choreographer. 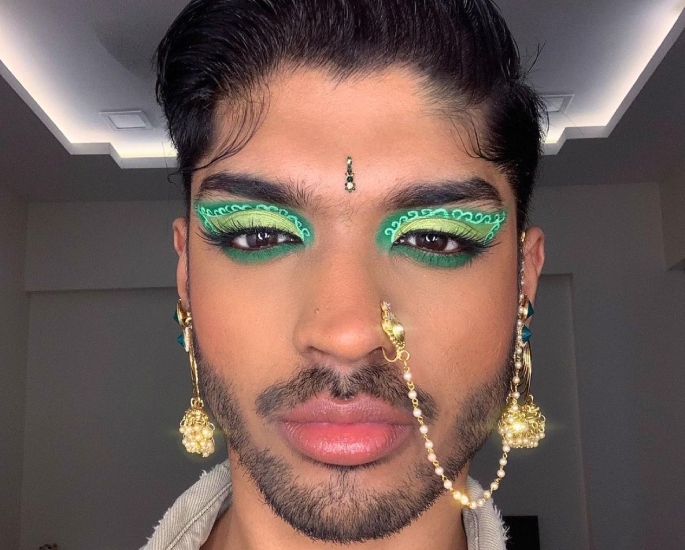 When looking back at history, pictures of old rulers wearing heavy earrings and expensive necklaces are nothing unusual.

Rulers in India such as Shah Jahan had their very own extensive jewellery collection.

It is believed that it would take the average jeweller 14 years to account for all of Shah Jahan’s jewels.

According to the Economic Times, the stigma associated with wearing jewellery by traditional males is significantly shifting, which has led to a rise in their popularity.

Siddharth Batra and Shantanu Dhope, two fashion lovers, do not hesitate to use jewellery in their outfits, which results in distinctive and daring looks.

Grander accessories like nose rings and jhumkas are also a part of Shantanu Dhope’s signature looks.

Even though nose piercings were previously thought to be a piece of female-only jewellery, Indian celebs like Aamir Khan and Ayushmann Khurrana have started embracing them.

Being a Stay at Home Partner 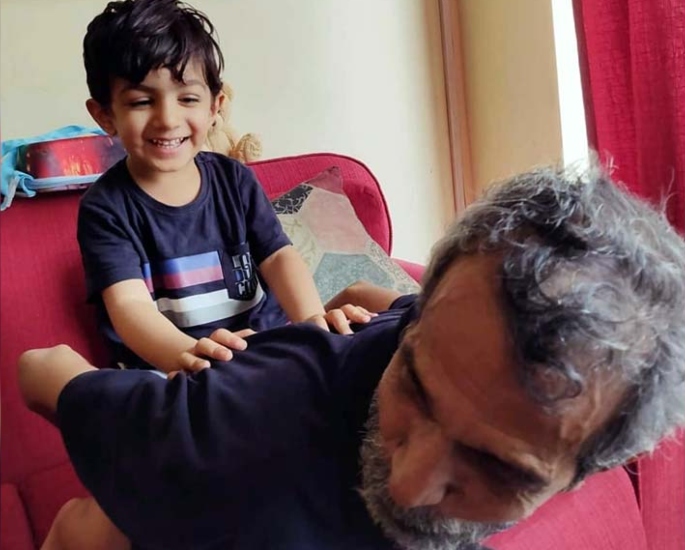 In a marriage or partnership, the woman is typically given the title of a stay-at-home wife or partner.

Within the Desi culture, people’s perceptions of this norm are so deeply ingrained that considering the opposite virtually causes uproar in society.

Men who stay at home with their spouses frequently experience regressive discomfort that manifests in nosy inquiries and remarks about “masculinity” and gender roles.

However, progress is being made and there are Desi men who normalise being stay-at-home spouses.

Examples include Lahar Joshi, Madhu Prabhakar, and Sid Balachandran who have adopted being stay-at-home partners.

These men place a higher value on spending quality time with their kids, breaking the stereotype that women should be home nurturers and carers.

There is hope that in the future, people will find it the norm when one partner takes over housework and childcare from the other, even though this change is still viewed as unusual. 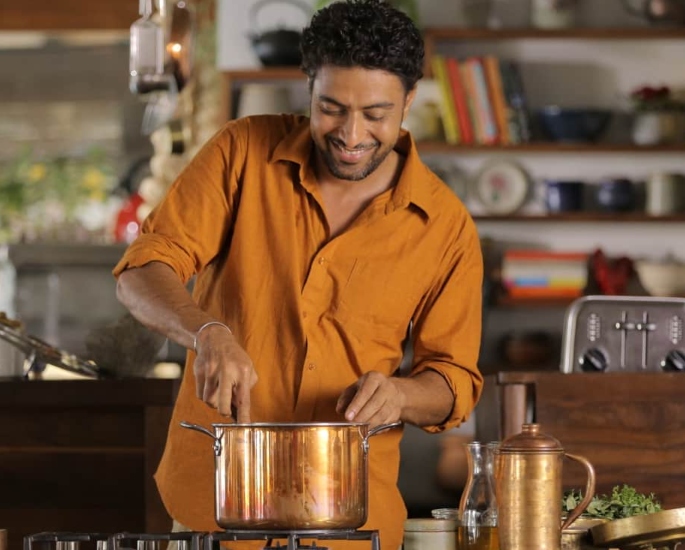 The designated cook within a family has been a long-standing topic of debate in Desi communities.

Whilst males dominate the culinary industry, home cooks are expected to be women.

This is prevalent in situations concerning marriage where the topic of whether a woman can cook or not is part of a checklist.

However, things have gotten better in families where Desi men do take up duties in the kitchen rather voluntarily.

Journalist Aditya Bhalla’s experience of this topic is an important conversation in the shifting change needed for men to also participate in cooking within the home.

Bhalla believes that males have missed out on acquiring life skills like cooking and cleaning because they firmly believe that a woman would be there to take care of them in the future.

He learns from his own experience that his grandmother was the leading advocate of what he currently recognises as the “sexist kitchen”.

People can be optimistic that further balanced family arrangements will ultimately evolve as more cisgender guys grow out of this ingrained sexism in Desi culture. 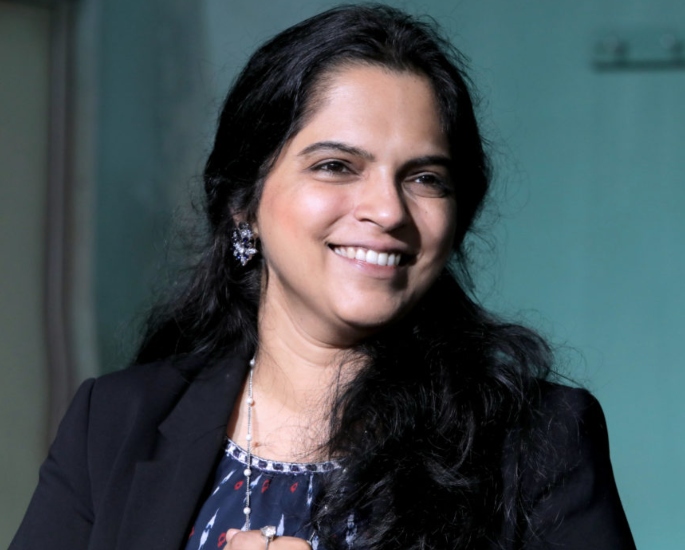 One of the most vibrant and surprising movements in the start-up sector today is made up of business partnerships or couples who live together and own a business.

Whilst this setup is less common in Desi communities, the co-founder of Jumbo King Vadapav, Reeta Gupta says:

“Running a business together is one way of turning your bitter half into a better half.”

According to the entrepreneur who shares a business with her husband:

“We already had a failed business behind us, so when we decided to start a new business, that of Jumbo King, we perfectly knew each other’s limitations.”

Reeta and her husband Dheeraj founded the Jumbo King chain of outlets in 2001. They have over 51 outlets operational across the country.

There are also examples locally in the UK as well such as corner shops and factories.

Many of these that are owned by South Asian families are shared between the husband and wife. But, they rarely get talked about.

However, these are the foundations needed for more Desi couples to enter professional partnerships and could change the way families succeed in business in the future.

The list above demonstrates how Desi men have worked to eliminate gender roles and stereotypes from their everyday lives and personal choices.

Discovering that attempts have been made to question conventions and liberate gender from its limiting boundaries is promising.

Desi male influencers who identify as LGBTQ+ are only the beginning of a culture that gradually eliminates negative prejudices of gender in Desi communities.

How to Come out as Gay to your Desi Parents
Why are Indian Couples Choosing Not to have Children?