Anything goes in Bigg Boss 9. But the sixth week is a shocker as the no.1 Bollywood beauty Deepika Padukone asks Salman Khan to become her wedded hero!

Deepika appears solo on stage for some Salman masti.

Before we get to the most gob smocking moment on Bigg Boss 9, it has been a week of cry babies, bitching and house drama.

The luxury task means the house is divided into two groups – teachers and children.

They must take it in turn to act childish and annoy their teachers.

Whilst Kishwer plays nice this week, Mandana is accused of foul play by Prince and Kishwer. 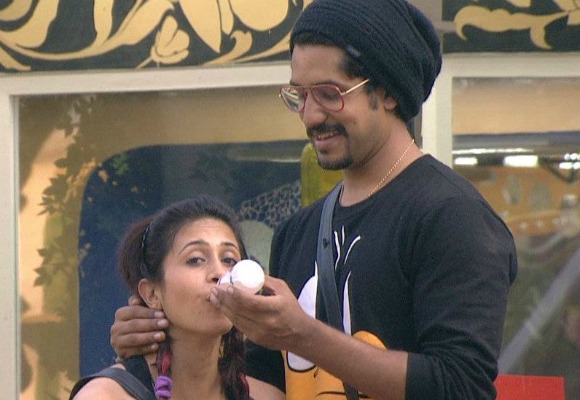 They feel she only decides to take part in the task when it’s her team’s turn to annoy the teachers.

Rimi, who continues doing zilch in the show, declares Mandana is the worst performer this week.

There are tears as her shock ‘eviction’ is announced following Rimi’s decision. Even sworn enemy Kish looks visibly upset.

Well, they need not to worry as she is in fact taken to a secret room where she will watch housemates bitch about her openly.

This is because Bigg Boss has tasked the house to be as mean as they can be about the model, knowing that they are being watched. The best bitcher wins immunity by being put up for eviction by Mandana.

It is announced that Prince and her are safe and Rochelle goes on to explain the secret task to Mandana.

But she is far from convinced and accuses Rochelle of being fake and against her.

On Saturday, Salman does quite a U-turn on his ‘pro Mandana’ stance from last week. 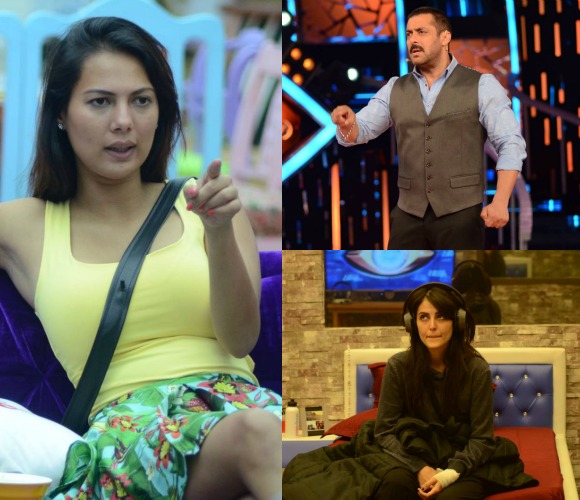 He calls her ‘bewaqoof’ for being angry at Rochelle who is just doing the task to the best of her ability.

Prince took quite a bashing from the host last week and is even teary mid week as he questions if he can continue with the show.

But Salman is a lot more cheerful towards the Punjabi lad and revokes housemates’ claims that he has been heavy handed in this week’s task.

The best is yet to come though as Stunner Deepika gets pulses racing as she enters the house on Sunday. 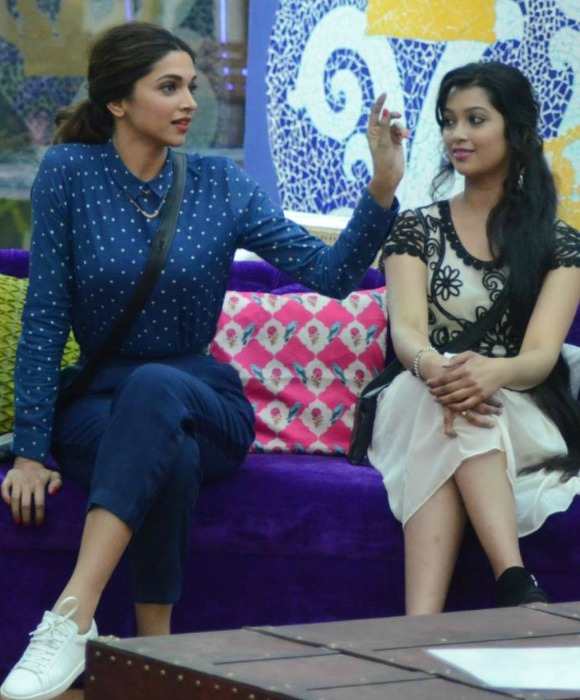 Especially Prince who makes sure he looks, and even smells good, before meeting the beauty.

But she has her heart set on someone else, the host perhaps?

She appears solo on stage for some Salman masti to promote her upcoming movie Tamasha.

And then it happens. Getting down on one knee, she goes in for the kill:

“Will you marry me Salman?”

Does this mean the dust is yet to settle between the two after the Katrina Kaif saga?

Well whatever the case, his ex-flame has just proves his rival Khan is still a big hit with the ladies.

The Kick star replies: “Let me think about, its not a bad idea.”

The two joke away and Salman romances Deepika by singing his ‘Hero’ track. 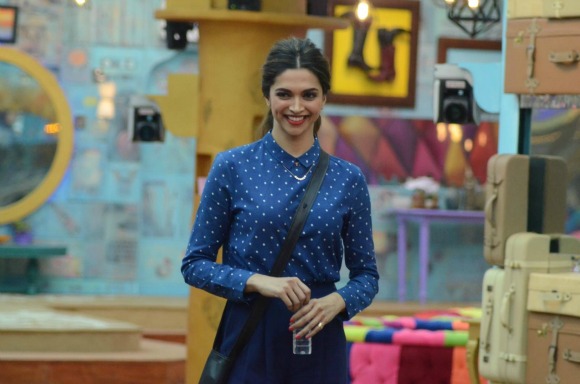 Then there comes shock horror as Salman drops the eviction bomb. Despite the house feeling assured about Aman lasting until the end, viewers vote him to leave the show.

There are also rumours of another wild entry and Keith returning over the next few days.