Actress Deepika Padukone visits Jawaharlal Nehru University (JNU) to show solidarity and support to the victims who suffered a brutal attack on campus.

“I feel proud that we are not scared."

Bollywood A-lister Deepika Padukone is one of the biggest stars to have visited the Jawaharlal Nehru University (JNU) to support protests against violence at the campus.

The brutal attack was carried out by masked suspects who reportedly belonged to the Bharatiya Janata Party (BJP).

They mercilessly attacked students and teachers with sticks, sledgehammers and rocks on Sunday, January 5, 2020.

It was reported a few weeks ago, a public meeting was organised by the university’s teachers association concerning an increase in hostel charges.

This led to the violent attack on staff members, students and property of the university. Police were called and an FIR (first information report) was lodged.

The president of the JNU student’s union, Aishe Ghosh, was seriously wounded in the assault. She was present along with the students when Deepika joined the protest. 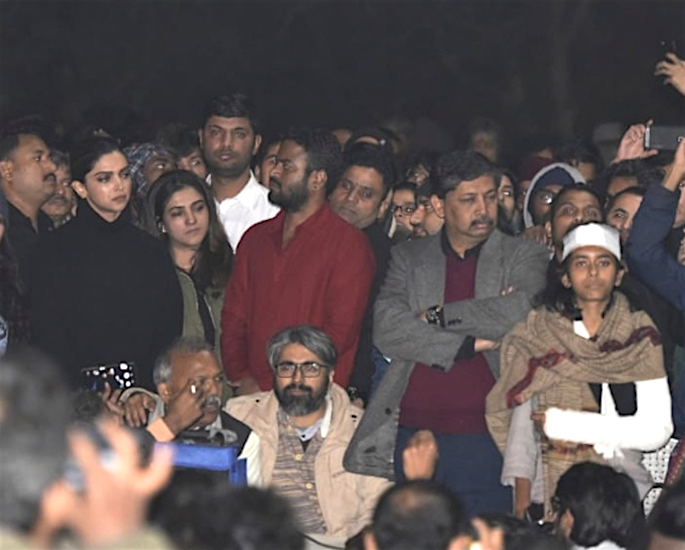 According to Indian media, Deepika was seen hugging Aishe Ghosh and stayed amidst the crowd.

Numerous videos and photos were shared of Deepika supporting the protestors on social media.

He also took to Twitter to thank Deepika Padukone for her solidarity on this matter. He said:

“More power to you @deepikapadukone and thank you for your solidarity and support.

“You might be abused or trolled today, but history will remember you for your courage and standing by the idea of India.”

More power to you @deepikapadukone and thank you for your solidarity and support. You might be abused or trolled today, but history will remember you for your courage and standing by the idea of India. pic.twitter.com/q9WkXODchL

Deepika, who was in New Delhi to promote her upcoming film Chhapaak (2020), took time out of her busy schedule to express her support for the JNU students.

As a result of her backing, the supporters of the BJP have issued for a boycott of Deepika’s film Chhapaak that is due to release on January 10, 2020.

They have accused her of supporting the “anti-national” students of JNU. This has led to the “#ISupportDeepika” and “#boycottchhapaak” tags as the top two trends on Twitter in India.

Despite the backlash Deepika has received, she is proud that many have taken a stand against such wrongdoing.

On Monday, January 6, 2020, she told NDTV news channel that expression is important to make a change. She said:

“I feel proud that we are not scared. I think to be able to express ourselves. I think the fact we are thinking about this and about the future of our country.

“It is nice to see people are coming out on the streets to voice this and express (themselves).

“Because if we want to see change, this is very important.” 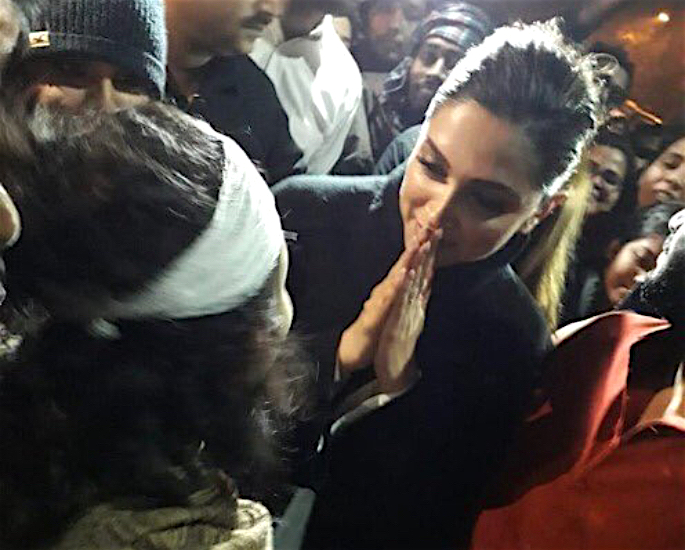 In addition to Deepika’s support, numerous filmmakers and actors have also come out in support of the JNU victims.

However, a part of the film industry has been condemned for their silence on the matter.

Stars like Shah Rukh Khan, Salman Khan and Aamir Khan have been questioned regarding their support.

Despite the chances of it affecting her forthcoming film, Deepika Padukone has come out in support of protesting against violence.