A host of Bollywood celebrities have taken to social media to express their reactions concerning the winners of the prestigious Oscars 2020.

"As people and as entertainers, we are one"

The highly-anticipated 92nd Academy Awards 2020, more popularly known as the Oscars 2020 is the current talk of the town and it seems Bollywood stars are also chiming in.

The Oscars 2020 began in high spirits and ended with an eruption of cheers on February 9, 2020.

The South Korean film is hailed as a dark comedy thriller and is the first overseas film to win the award for Best Film. 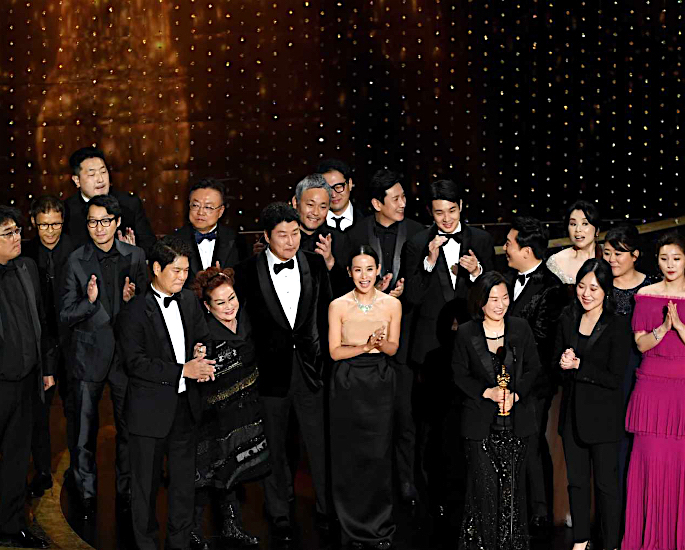 Team Parasite (2019) is being applauded from across the world for their tremendous win and a host of Bollywood celebrities have also been showing their support.

On Twitter, Ashwini Iyer Tiwari shared a picture of her television screen showing team Parasite onstage during the Oscars 2020 accepting their award. She captioned it:

“The world of storytelling is evolving literally so and it’s for us to see.

“There is hope that no matter who you are or where you come from no dream is unachievable, we just have to keep living and breathing it every day.”

The world of storytelling is evolving literally so and it’s for us to see. There is hope that no matter who you are or where you come from no dream is unachievable, we just have to keep living and breathing it everyday. #Parasite #Oscar2020 #ilovemovies #Moviegoals #Oscars pic.twitter.com/Rq9wWQhLYK

“Wow! It’s so emotional to see an international film like Parasite (2019), in Korean with English subtitles, not only receive such a warm embrace from audiences around the world, but also this kind of recognition from one of the most prestigious film academy’s in the world.

“It’s time for representation. As people and as entertainers, we are one through entertainment.

“Our craft has the power to transcend borders and languages and tonight Parasite (2019) demonstrated exactly that.

“Congratulations to the entire film for shattering the glass ceiling and making history as the first non-English film to win Best Picture.”

Filmmaker Krishna D.K. also gave his reaction to the winners of Oscars 2020 and chimed in on Parasite’s win. He said: “What a night for Korea!”

It seems actor Sidharth Malhotra is a fan of the film. In response to Milap’s tweet about watching Parasite he said: “It’s superb! Must watch bro.”

Here is the full list of the Oscars 2020 winners:

Actor in a Supporting Role– Brad Pitt, Once Upon a Time … in Hollywood

Production Design– Once Upon a Time … in Hollywood

The 92nd Academy Awards will certainly go down in history for its first-ever overseas winner Parasite (2019) who took home four major awards.

Everyone from all over the world, including our Bollywood stars are delighted with Parasite’s win and rightly so.