The idea of age is just a number when it comes to marriage for Bollywood actresses. Let’s find out which actresses tied the knot after 40.

"She made a beautiful bride!”

The world of Bollywood actresses is full of glamour, yet their struggle to find true love has proved a challenge for some.

Typically, it is believed that the right age to get married for women is when you are in your twenties or peaking towards your thirties in some cases.

This was because women were known to be homemakers, to look after and nurture their families.

Yet in the current times of building a career, many women do not want to be tied down in marriage.

In this instance, we look at Bollywood heroines who found love and got married after 40. 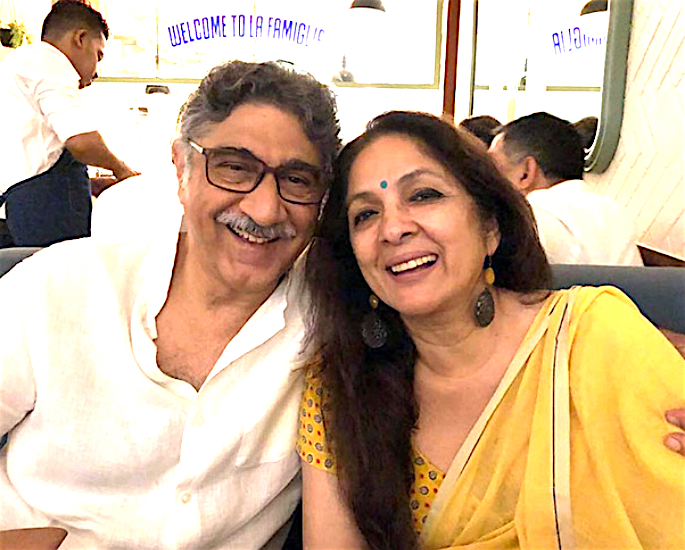 Bollywood actress and television director, Neena Gupta tied the knot at the age of 49.

Previously, Neena was engaged to Shaarangdev, the son of classical vocalist Pandit Jasraj. However, he called off their marriage at the last minute.

After this, Neena was in a relationship with one of the world’s renowned cricketers, West Indian Sir Vivian Richards in the 1980s.

Richard was known to be a Casanova and Neena was aware that marriage with Richards was not possible.

During their relationship, Neena was pregnant with her daughter Masaba Gupta. At that time, Neena took a bold decision to raise her daughter as a single mother.

Despite feeling dejected, Neena Gupta found love with Vivian and this time she wanted to get married. She eventually married Delhi-based chartered accountant, Vivek Mehra.

She met Vivek on a flight and the pair connected instantly. Vivek had separated from his wife and was feeling apprehensive.

Neena and Vivek were in a relationship for over six years before they got married.

After Vivek’s divorce was finalised in 2008, Neena and Vivek left for his relative’s wedding in the United States.

It was there Vivek proposed to Neena and the couple got married there and then. Vivek had planned the entire wedding without Neena knowing.

In an interview with the Times of India, Neena said: “If you want to live in India and in society, you have to marry.”

Despite Neena’s personal struggles with the twists and turns in her life, her marriage proves how it is possible to find love again. 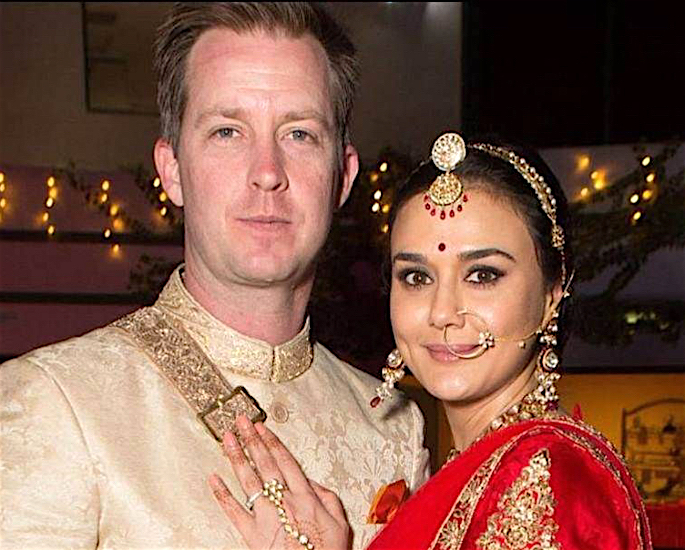 Over the years Bollywood actress Preity Zinta was rumoured to be dating actors, cricketers, businessman and so on, yet they were mere speculations.

One of Preity Zinta’s high-profile relationships was with the business tycoon, Ness Wadia.

After years of being ‘good friends’, the pair made it official and attended numerous events arm in arm.

In 2014, Preity accused Ness of physical, verbal and mental torture in front of family and friends.

One friend happened to be her present husband Gene Goodenough, the Senior Vice President of the US-based Hydroelectric Power Company. He supported Preity throughout her battle.

In 2016, Preity made the decision to secretly marry businessman Gene Goodenough at the age of 41.

On February 16, 2016, Preity married Gene Goodenough in an intimate Hindu ceremony in Los Angeles. Their wedding was a secret reception with close family and friends.

To mark the celebration, Gene and Preity held a lavish reception in Mumbai. After two years of marriage, Preity opted to add her husband’s initial to her name, Preity G Zinta. 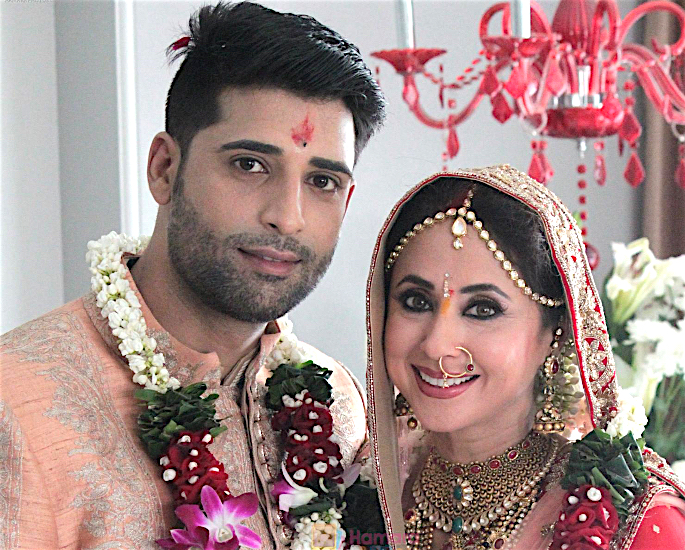 Another secret wedding of Bollywood was the union between 90s heroine Urmila Matondkar and Mohsin Akhtar Mir.

On March 3, 2016, Urmila married Kashmiri businessman and model Mohsin at the age of 42.

According to reports, Mohsin was besotted with Urmila and pursued her for over a year before she agreed.

Manish Malhotra congratulated the couple for their wedding. He had said:

“So happy for Urmila and Mir. They met at my niece’s wedding in 2014. She made a beautiful bride!”

Mohsin who is ten years younger than Urmila shows how age is just a number. 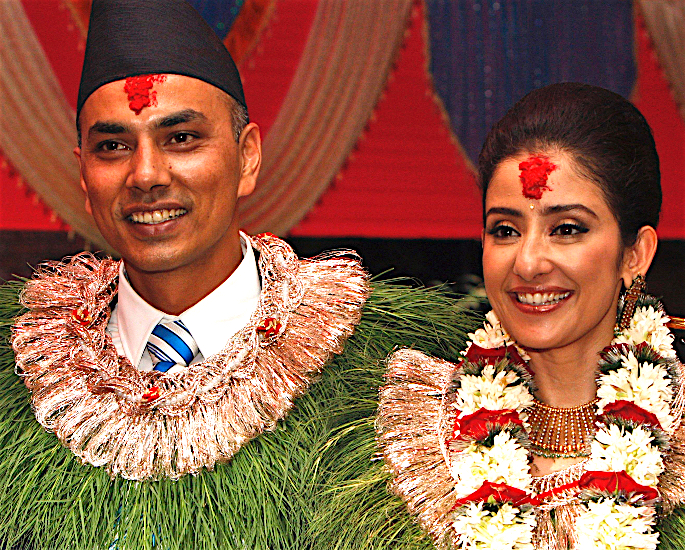 Nepali beauty and Bollywood actress Manisha Koirala has had her fair share of relationships.

There is no denying Manisha wore her heart on her sleeve and despite numerous upsets, the actress did not stop giving love a chance.

Urmila married Nepal’s businessman Samrat Dahal in 2010 when she was 46.

It was rumoured the pair met through a social media site and fell in love. Their marriage made headlines declaring them as the perfect couple.

Unfortunately, their marriage did not last long as they divorced after two years of marriage in 2012.

Speculations rose stating it was the free-spirited nature of Manisha that wrecked their marriage. Manisha was reported saying:

“I take full responsibility of hurrying up and wanting to get married and then realising I am not meant for this. There is no fault from other side, the fault is mine.” 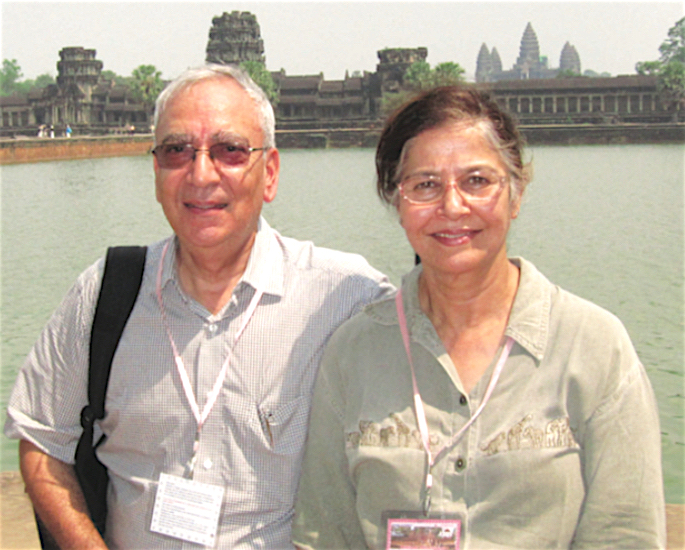 Previously, Suhasini opted for a live-in relationship. After breaking the relationship in 1990, she remained single.

Suhasini has broken the age-related stereotype of marriage in the most modern way. She met 65-year-old physicist Atul Gurtu on Facebook.

The couple were Facebook friends and chatted for months online.

According to the Times of India, Suhasini was drawn to Atul’s interesting conversations. She said:

“I have won five national awards, one for Hu Tu Tu and four for documentaries I made. All of my documentaries were non-fictional.

“I have always been into reading serious material. We were able to chat about issues not related to my profession (Bollywood).”

Upon reading a magazine article written by Atul, Suhasini was convinced he was the right man.

Atul was married for 39 years until his wife, unfortunately, died from cancer.

Suhasini Mulay surprised her family and friends with her decision to get married. She said:

“My family was very surprised. When I rang up my sister, she asked me if I was drunk. After I told her everything, she said ‘Hang on, now I need a drink.’ It was funny.

“My family had never in their wildest dream thought I would get married.”

In 2011, she married Atul Gurtu at 60 in the presence of their families at the Arya Samaj.

Their love story proves that there is no set age to marry and settle down.

The idea of settling down when you are ready is not dependant on age. These Bollywood actresses are a testimony to that fact.

Despite the marriage of Manisha Koirala not lasting, we hope she finds love again. We also wish the other couples a happy married life.