Behind the Indian Veil Photos by Sephi Bergerson

Sephi Bergerson’s Behind the Indian Veil: A Journey Through Weddings in India is an elegant hard-cover coffee table book that showcases the exquisiteness of wedding traditions in the Indian sub-continent.

Each photograph documents a story, of life and of happiness

Behind the Indian Veil: A Journey Through Weddings in India, by Sephi Bergerson is an enchanting optical journey through familiar and exotic wedding traditions of India.

Sephi Bergerson is an Israeli-born award winning documentary photographer, who has made India his second home for the last 13 years.

He has spent more than seven years working on this colourful project. When asked what inspired him to take up this project of Behind the Veil, he said:

“A friend had asked me to photograph her sister’s wedding in Kerala. Although I mentioned I wasn’t a wedding photographer, she replied that this was the exact reason she wanted me to do it, so I agreed.” 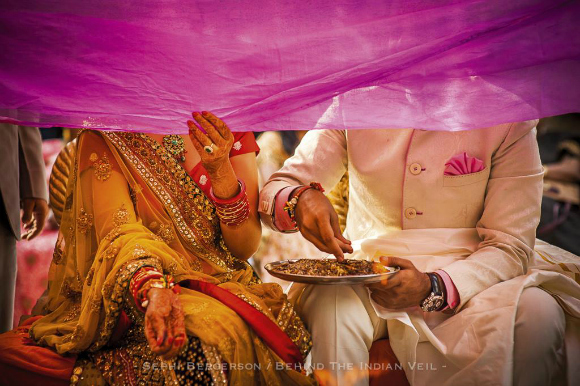 His first book in India, Street Food of India, was published in 2010. Honoured as the Best Cook Book Photography for 2010 in the UK, it has also been commended internationally.

Bergerson claims that he has potentially witnessed and documented a greater array of Indian weddings than any other person on Earth.

The book is a sheer pleasure to hold in the hands. As we flip through the pages, we are immersed in a rich assortment of intricate wedding customs from North to South, covering almost all corners of India. 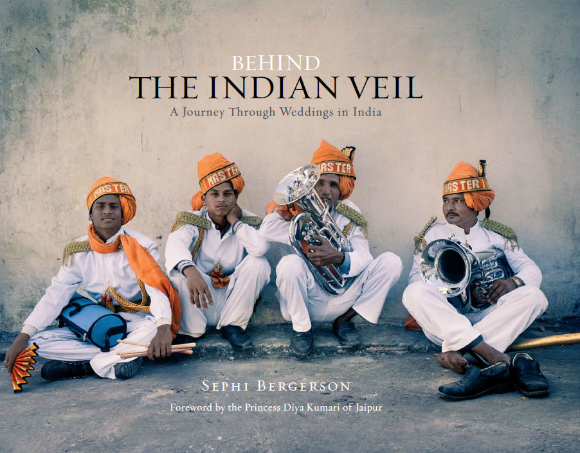 Traditionally, Indian weddings are lengthy and vibrant affairs, often with one ceremony following another. Planning for a wedding can begin early, sometimes up to a year in advance.

Every ritual is organised and well-structured. The photographer has cleverly captured some rare moments of these extravagant affairs:

“Each image is surprisingly tangible and will speak not only to the eye, but the very heart and soul of the reader as it did to me,” writes Princess Diya Kumari of Jaipur in her foreword.

This coffee table book presents the reader with wedding photographs from an interesting perspective. Sephi’s pictures speak to us, make us laugh and translate the poignant emotions of people.

Each photograph documents a story, of life and of happiness. The beginning of marriage, the union of two families and the vibrant and colourful customs that follow. 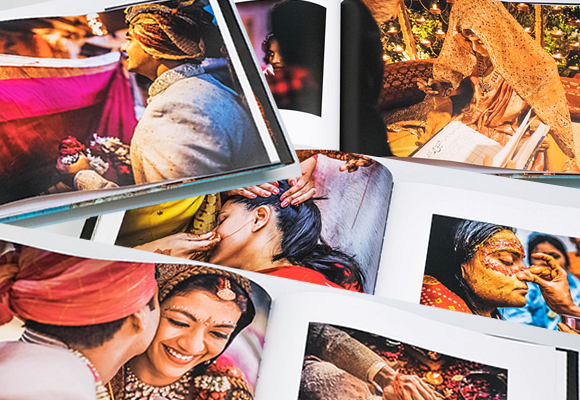 The photographs are put alongside easy to understand captions, revealing the practices of each ritual. The book also portrays some quirky and eccentric customs related to marriage ceremonies.

A particular photograph illustrates a Telugu pre-wedding ceremony where the groom is seated facing his own reflection in the mirror. He is to imagine himself facing his new bride, the two of them together as one.

Another image portrays a Kodava (Coorg) bride who has been put to a test. She is expected to break a coconut, and then draw water from a well.

With a pot filled with water placed over her head, she enters her new home. The groom’s family blocks her way to the door, singing and dancing.

In a Gujarati wedding, a groom is welcomed by his mother in law, who performs an Aarti ritual and then playfully pulls the groom’s nose to remind him to be humble and grateful. 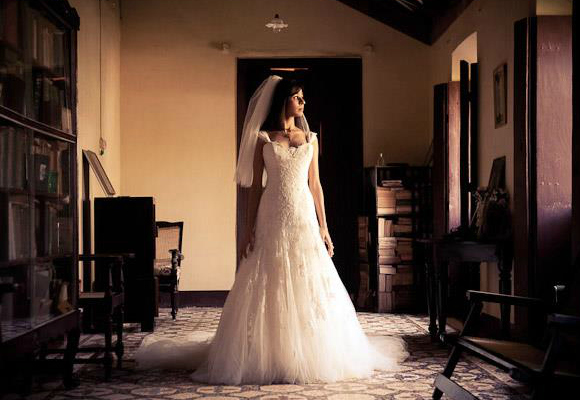 Another Bengali bride, seated in a low wooden stool is being lifted by her brothers and taken round the groom in seven complete circles. The image beautifully highlights the brothers’ role as protector and hero.

A photograph shows the footprints of the newly married couple. The bride enters the house after kicking a pot filled with rice and stepping into a basin of water with vermilion.

This final act is thought to bring good luck, wisdom and wealth into the new home.

With the globalisation of India and the assimilation of multiple cultures, many of these customary practices are fading away and becoming more modernised.

The wedding rituals in this book are a reminder of past practices. Photo documentation of cultural traditions has a very significant value in the point of preserving original aspects of culture and civilizations. 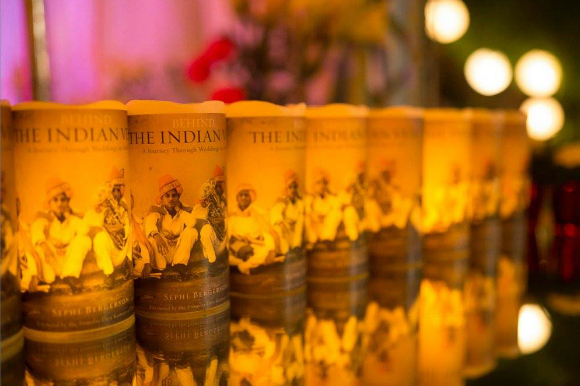 Indian weddings not only aid in the union two people but also their families. These family bonds play a significant role in the lives of individuals.

As a result, these pre-wedding ceremonies capture the essence of kinship perfectly, with each photo revealing a unique aspect of a revered and respected culture:

“Indian weddings are never really celebrated in haste. The lining of the ensemble should be perfect. The Silverware used in rituals must have the right polish.”

“The horse crying the groom must be pure pedigree. The lehenga must weigh 10 Kilos, and the jewellery, often hundreds of years old, must be adequately visible through the veil.

“And that’s just tip of the iceberg,” says Princess Diya Kumari of Jaipur.

As Sephi Bergerson travelled across India, he was allowed the chance to enter the most private spaces and capture a multitude of intimate moments.

He has used this opportunity to bring Indian traditions to a global stage. This selection of photos reveals a complex and diverse set of cultures, traditions, and legacies prevailing within India.

Behind the Indian Veil is without doubt, a splendid coffee table book as well as a cherished volume of picturesque memories each family should own.

Behind the Indian Veil: A Journey through Weddings in India by Sephi Bergerson is available to purchase through Amazon.