According to quarterly statistics by the Radio Joint Audience Research (RAJAR), the BBC Asian Network has topped the charts in terms of its number of listeners, with a record 668,000 people tuning in across the UK.

"Thank you so much everyone for making my radio show the most listened to Asian show in the UK!"

With its latest figures released for its final quarter of 2013, RAJAR (Radio Joint Audience Research) has announced that radio listeners across the UK are at an all-time high with 90 per cent of the population now tuning into their favourite radio shows.

27.7 million people now listen to digital radio, an increase of 10 per cent from last year. Taking all the accolades for this quarter are the BBC who continues to dominate airwaves across the UK.

It is estimated that the BBC amounts for 55.2 per cent of shares of hours listened to, while commercial radio enjoys only 42.1 per cent. Chris Evans, BBC Radio 2 breakfast presenter, enjoys an incredible 9.85 million listeners. 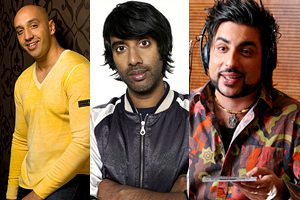 But while mainstream BBC radio tops the leader board, the real winner here is the BBC Asian network which has seen an unprecedented increase in its number of listeners. It now boasts an audience of 668,000 listeners, with 113,000 new listeners in the last quarter.

This number makes it the biggest Asian radio show in the UK, greater than the hugely popular Sunrise Radio, which is now down by 35,000 to make a total of 521,000 listeners.

One BBC spokesperson welcomed the news saying: “The RAJAR results for the Asian Network are absolutely fantastic. The record weekly reach figure for the station shows that our programmes and journalism are having a real impact on our audiences. It’s a testament to the hard work our team has been putting in to deliver some real stand-out moments of the highest quality.”

Radio DJ for the Asian Network, Noreen Khan expressed her joy at the news tweeting: “So latest #Rajars show BBC Asian Network has reached record listening figures! We’re at an all time high! Thanks for tuning in.”

It was double celebration for Noreen as it also emerged that her daytime show was the most enjoyed by listeners, making it the most popular Asian radio show in the UK: 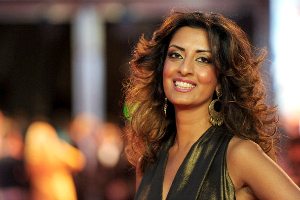 “Omg I’ve just found out that I have the most listened to radio show on @bbcasiannetwork which makes it most popular Asian show in the UK!

“Thank you so much everyone for making my radio show the most listened to Asian show in the UK! As the only female on daytime I feel proud,” Noreen tweeted to her followers.

This is a stark improvement for the Network considering that they were faced with the possibility of closure in 2010. The news, which had been announced by the BBC, created an outcry from the British Asian community who believed that it would have a detrimental effect on the day-to-day lives of many Asians in the UK who needed that ‘cultural link’, which the Network provided.

The BBC later reversed its decision a year later but threatened the Network with budget cuts meaning that management would have to re-organise its expenses to become more cost efficient.

The appointment of Mark Strippel as the Head of Programmes for the Network in 2012 without a doubt had a huge effect on the station, which saw a complete turnaround, bringing in new talent and liaising more closely with British Asian artists, Bollywood stars and sports personalities to engage more with listeners. 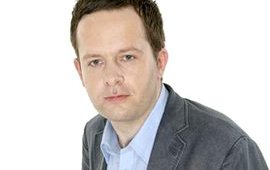 In one interview, Mark Strippel said: “It was a very difficult and uncertain period for the entire network over a prolonged period of time.”

He admitted that catering to the Asian community on the whole is the most challenging: “This is the hardest to reach audience in radio across the UK. There are nuances and complexities in faith, ethnicity, language, location.”

While the new figures by RAJAR now suggest a clear win for the Asian Network, it also suggests a clear win for radio popularity overall. The BBC’s Director of Radio, Helen Boaden says:

“Britain’s love affair with radio shows no signs of cooling. We are a nation of audiophiles and so, despite the ever-increasing competition for people’s time and the growing range of online audio providers, radio is thriving in the digital age.”

CEO of Digital Radio UK, Ford Ennals, adds: “The long term drive to digital listening continues and upcoming developments in coverage, content and cars during 2014 will accelerate the growth of digital listening further.

“Over the next couple of years we will see 350 new transmitters for national network and local DAB, the proposed launch of the new national Digital Two network as well the majority of new cars coming with digital radio as standard.”

It seems that some old traditions never die, and as many outlets of media have been rendered outdated with the new wave of modern technology on the horizon, radio won’t be leaving our homes and cars anytime soon.

Aisha is an editor and a creative writer. Her passions include music, theatre, art and reading. Her motto is “Life is too short, so eat dessert first!”
Beginners Guide to Backpacking
Bangladesh Garment Factories abuse workers