Bank Manager caused Death after ‘taking Law into Own Hands’

A bank manager from Birmingham caused a death in an 80mph crash after he reportedly took the “law into his own hands”.

hit speeds of up to 80mph on the dual carriageway.

Sabeel Nazir, aged 33, of South Yardley, Birmingham, was jailed for two years and five months for his role in a fatal 80mph crash. The bank manager had taken “the law into his own hands”.

Birmingham Crown Court heard that Anthony Moran was a front-seat passenger in a Renault Megane which collided with an Audi A7 in Walmley, early on December 8, 2018.

It was heard that Nazir, in the Audi, “took it upon himself” to track down those he believed had damaged his family’s home.

His home had been targeted in multiple attacks and he had been out looking for a Megane, which he believed was connected to the incidents.

Nazir spotted a Megane and pursued the vehicle.

One witness described the sound of loud engines with the cars “close to touching each other.”

Prosecutors said that he and the Megane driver, Leigh Robinson, hit speeds of up to 80mph on the dual carriageway.

Travelling in the opposite direction was Peter Stockwell, aged 76. As he turned right across the dual carriageway into Ashford Drive, he collided with the Megane, which left the road and overturned.

The bank manager was able to avoid hitting the two other vehicles, however, he mounted the grassed central reservation and hit street furniture.

He told police he had drunk five-and-a-half pints of bitter.

At an earlier hearing, both Robinson and Nazir admitted causing the death of Mr Moran. 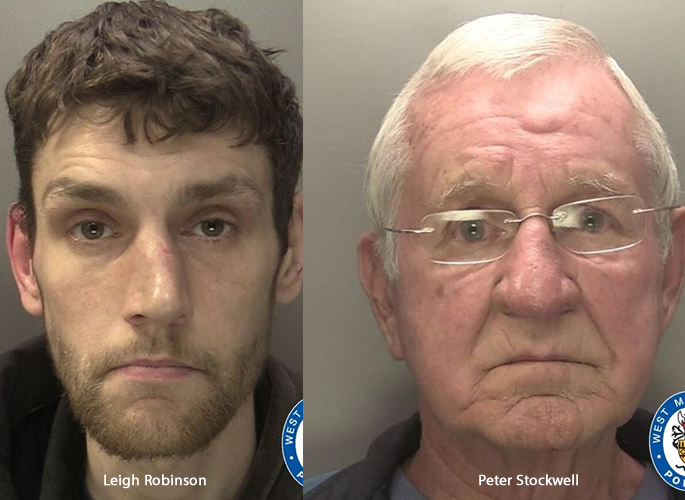 Judge Kristina Montgomery said that both men “played a role in a fatal road traffic collision”.

However, she accepted that Nazir’s family had been subjected to a “campaign of harassment”.

She told the bank manager: “Your reaction to that in taking the law into your own hands and driving in such a way that it was a substantial danger, in anger, is a serious feature of your offending.”

“This was a tragic incident that resulted in the death of Anthony Moran and I offer my condolences to his family.

“Both Robinson and Nazir pleaded guilty to causing Anthony’s death by the dangerous manner of their driving.

“Had Nazir not decided to take the law into his own hands and pursue Robinson this collision would never have happened.”

Leigh Robinson, aged 33, of no fixed address, was jailed for three years and two months.

Sabeel Nazir was jailed for two years and five months.

Birmingham Mail reported that they were both banned from driving for three years.

He was sentenced to eight months in prison, suspended for 12 months.

Stockwell was also banned from driving for two years and ordered to attend 10 days of education on drink driving.

Dhiren is a journalism graduate with a passion for gaming, watching films and sports. He also enjoys cooking from time to time. His motto is to “Live life one day at a time.”
Teen Sexually Assaulted Lawyer & Stole Mercedes at Knifepoint
Son charged after Mother found with Fatal Head Injuries