Bollywood’s latest rumoured couple, Katrina and Vicky have been creating a buzz everywhere they go together. Let’s find out more.

Vicky wearing a hoodie to hide his face.

Bollywood beauty Katrina Kaif and actor Vicky Kaushal’s rumoured relationship has been capturing the attention of media and fans alike.

The pair have been in the headlines for their alleged relationship and it seems they are doing nothing to squash the rumours.

Katrina and Vicky have been spotted at several joint appearances from Diwali parties, dates around the town to birthday parties.

Recently, Katrina attended the special screening of Vicky’s upcoming film, Bhoot: The Haunted Ship (2020) and took time out to interact with her fans.

The rumoured couple also appeared to be wearing ‘matching’ outfits with the duo donning denim jackets.

Not only that, but Katrina also gave her seal of approval to her supposed boyfriend’s upcoming film.

The film revolves around the mystery surrounding the sudden appearance of a ship, called the Sea-Bird, that is known to be haunted.

Prithvi (Vicky Kaushal), who appears to be struggling with his traumatic past, is fascinated by the ship.

However, his strong interest in the dilapidated ship leads to bone-chilling experiences unfolding onboard. 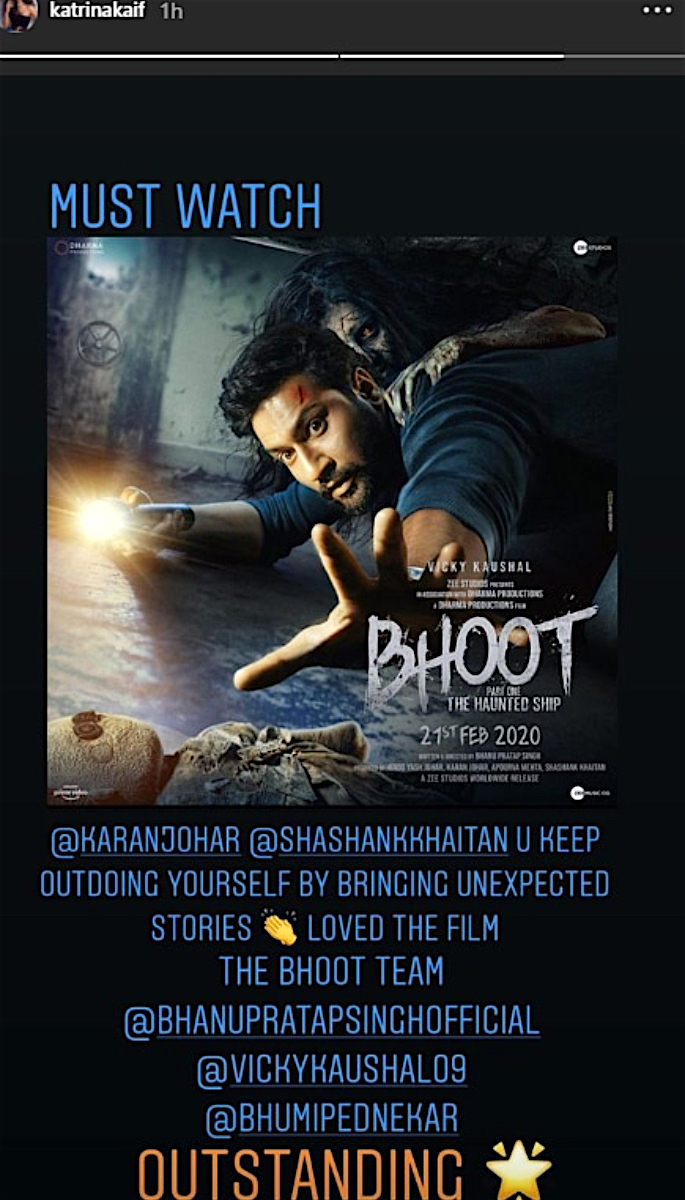 The actress stated that the horror film was “outstanding” to which Vicky responded saying, “Thank you ‘Kay’.” 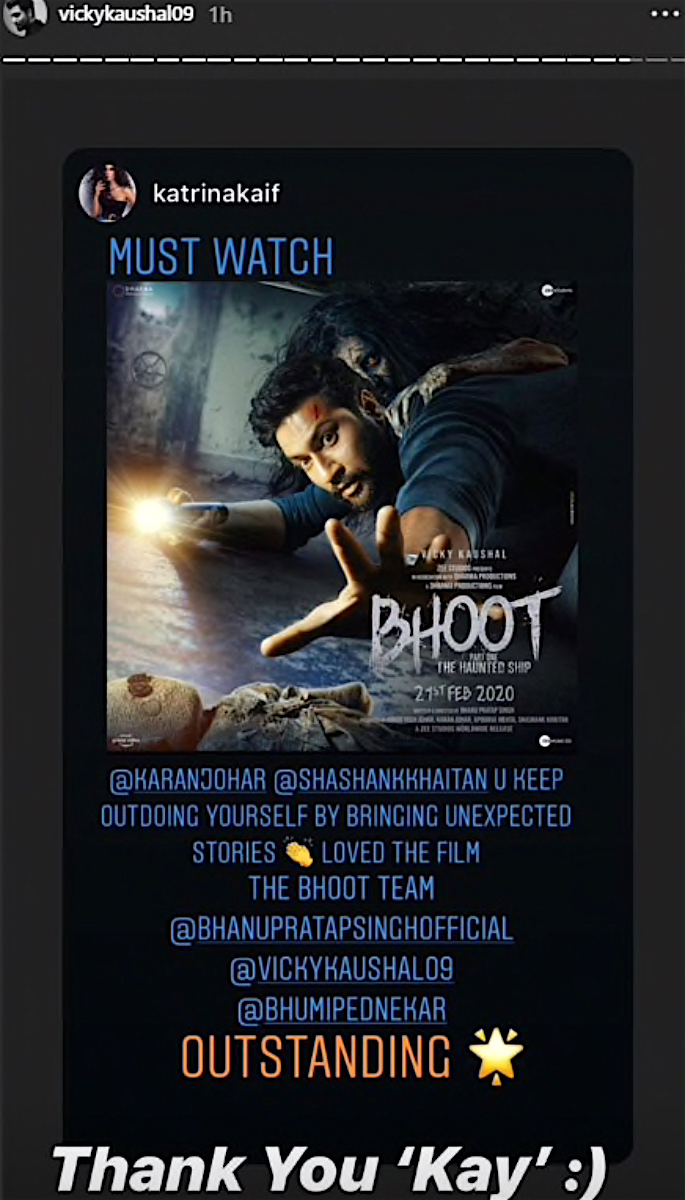 There is no doubt the duo enjoy each others company. This has fans speculating whether there is a budding romance blossoming between the pair.

Vicky Kaushal is busy on a working spree with his upcoming film, Bhoot: The Haunted Ship (2020).

Typically, actors do not have much time for themselves when their film is expected to release.

Yet, they look forward to going home and enjoying the company and support of their loved ones and this seems to be the case for Vicky.

It appears Vicky Kaushal has found solace with Katrina Kaif after a long day at work.

According to a recent report by Mumbai Mirror, Katrina’s neighbours have spotted Vicky visiting her residence late at night.

Eagle-eyed neighbours are well aware of Vicky’s late-night visits to Katrina despite Vicky wearing a hoodie to hide his face.

The rumoured lovebirds do not seem bothered about what people perceive of their relationship.

We wait to see whether their supposed ‘friendship’ is, in fact, a budding romance.

Ayesha is an English graduate with an aesthetic eye. Her fascination lies in sports, fashion and beauty. Also, she does not shy away from controversial subjects. Her motto is: “no two days are the same, that is what makes life worth living.”
Twitterati ‘reacts’ to Dabboo Ratnani’s 2020 Calendar
Umer Sharif’s Daughter died from Illegal Kidney Transplant