South Asian food is big business in the UK and Indian curry houses are part of nearly every high street. Further to the recession, this trade is suffering.

"The traditional Indian restaurant can be seen as old hat"

Fancy a Curry? Was a term frequently heard by many who love to go out and dine at any of UK’s curry houses.

However, the South Asian cuisine sector in the UK has been hit hard by the recession and the repercussions of it are now becoming evident.

With spending trends changing there are many restaurants Asian struggling to stay open. Others have called it a day. For example, the well known Curry Mile in Manchester on Wilmslow Road, Rusholme, has seen food businesses in the area close. Once a home to over 25 curry houses, now you see about 12 remaining.

Manchester curry houses are now struggling to compete with the shisha bars and many fear it could be the demise of the Curry Mile. 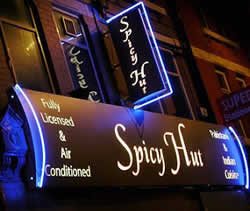 Shabir Mughal, chairman of Rusholme Traders’ Association and owner of Spicy Hut, said: “We have seen a reduction in the number of people coming to the area because they are losing trust. For example in 2009, after the recession we saw a 15 per cent drop in takings but more recently that’s dropped further to 25 per cent because of the shisha bars.”

The story is no different from Birmingham’s Balti Triangle to London’s Brick Lane.

Many of the restaurants although called “Indian” restaurants are in fact owned by Bangladeshi and Pakistani entrepreneurs. They use the highly established brand of “Indian” food as the obvious way to do trade, although their cooking and recipes may differ from those cooked the Indian way.

According to the trade figures, it’s estimated that there are over 10,500 curry restaurants in the UK and they have up to 2,500 million customers who visit them per week. This is a staggering figure of clients and fall in these numbers means it affects not just UK business but hampers growth in this well-known UK trade. 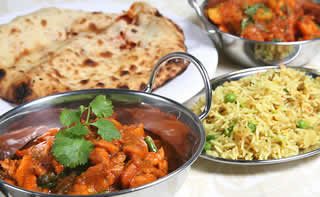 Noticeably, there is a growth of grill and pizza take-out style outlets along with shisha bars being seen more in UK cities and towns. The economic downturn has changed people”s spending habits when it comes to eating out and curry one of the nation”s favourite foods is not the choice on top of the list anymore.

Healthier eating is on the agenda for many people and many curry houses have not kept up with this change, still cooking food in unhealthy fats. Market data firm Horizons spokesperson Peter Backman, said: “The traditional Indian restaurant can be seen as old hat, not really somewhere that”s kept up with healthy eating.”

It’s estimated that the Asian restaurant food market is worth more than £770 million and this figure has been hit by a 20 percent fall to about £596 million. Talking about the fall in numbers, Peter Backman, said: “People have less money and slightly fewer go out to eat. Customers are becoming far more selective and are choosing places that do heavy marketing and discounting, which tends to be the better-funded chains and not independents.”

“My mum cooks amazing food so why go out to eat? I have been to restaurants in the past and I suppose affordability is a problem.”

Mazzi Ali,17, from East London says: “To be honest I don’t really eat out. Only on occasions like Eid, birthdays etc.” Regarding paying for expensive food in Indian restaurants she said: “Well if it’s worth it then yes, I don’t mind paying.”

Hardev from Birmingham said: “I think with everything going up in price, I’d think twice if I can afford to eat out as often as I use to. It is more of a treat to go for an Indian nowadays.” 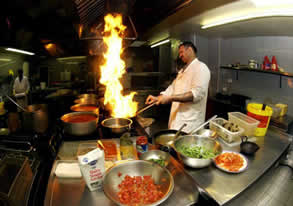 There has also been impact on the Curry trade from changes in the way staff are recruited. With UK government immigration legislation making it tougher for restaurants to get pre-experienced chefs from India, Pakistan and Bangladesh, quality staff are becoming harder to obtain locally.

Also, as with many generation-based Asian businesses in the UK, sons and daughters are no longer prepared to continue the family restaurant business as they wish to pursue other alternate careers. Once expected carrying on of the family heirloom is not seen any longer as a priority or necessity for children born into families owning restaurants.

Aftab Rahman, a young photographer from Birmingham said: “My dad owns an Indian restaurant, I help out, but I am more interested in a career in photography and will do what I have to in order to make it as a photographer rather than an owner of a restaurant.” 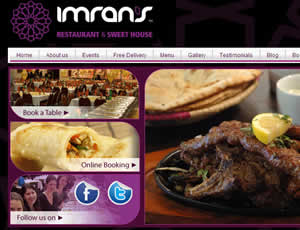 Curry Club founder Pat Chapman speaking about the reduction in curry house trade said: “It shrinks the industry and it may be a good thing to shake it up. You get rid of some of the complacency.”

Either way, it is not good news for Asian restaurants and unless they re-invent and introduce more innovation into their businesses, it is likely numbers may dwindle further.

The Internet is offering an opportunity for curry houses to provide online table reservations ordering on-line and take-out with delivery online. Giving them a chance to tap into virtual customers who are not physically visiting locations.

Diner cookery events, buffet only restaurants, early bird offers, special music nights and taster sessions are also part of tricks being applied to keep the trade fresh. Modern decor with cosmopolitan styles have also emerged as a trend but whether they are working to attract customers is not so clear.

Customers simply want wholesome good quality Asian food at very reasonable and affordable prices, and to get that right in an economic climate hit by a double recession, is not an easy challenge for curry houses simply trying to survive.

Madhu is a foodie at heart. Being a vegetarian she loves to discover new and old dishes that are healthy and above all tasty! Her motto is George Bernard Shaw's quote 'There is no love sincerer than the love of food.'
Pinky Lilani OBE ~ A Culinary Entrepreneur
There’s Nothing like a Paratha