Writer and actor Ambreen Razia debuts with her one-woman show, Diary of a Hounslow Girl. She chats to DESIblitz about writing for British Asian audiences.

“I just wanted to act really, but the opportunities are few and far between"

British Asian writer and actor Ambreen Razia is enjoy the spotlight at the moment, having starred in the controversial BBC3 drama, Murdered By My Father.

The talented actor is now set to embark on a nationwide theatre tour for her one-woman show, Diary of a Hounslow Girl.

In a special Gupshup with DESIblitz, Ambreen Razia tells us more about being a British Asian triple threat who is breaking into the mainstream.

Ambreen admits that she was interested in the arts from an early age, which prompted her to study at the London College of Music as opposed to an accredited drama school.

After graduating, she did a stint of facilitating, working with young women between the ages of 12 to 16. She became a runner up in Monologue Slam back in 2014, and she landed an agent and started attending castings leading her to where she is today. 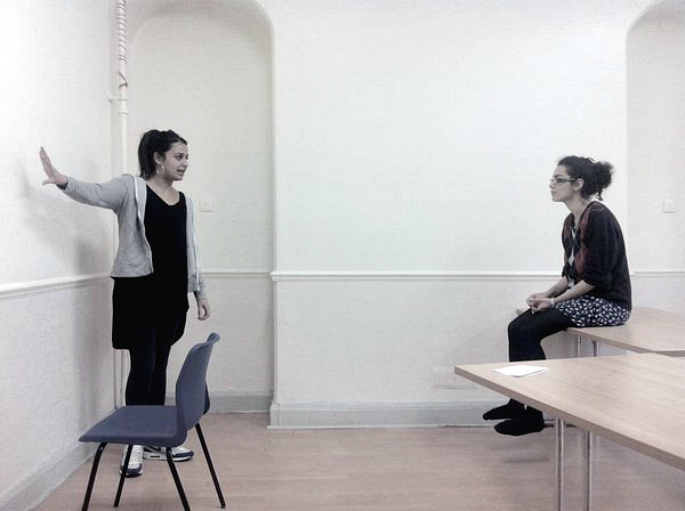 Ambreen openly tells us how challenging it has been to break into acting in the mainstream.

“I just wanted to act really, but you know the opportunities are few and far between. I really wanted to get back on stage, so I wrote my one-woman show, Diary of a Hounslow Girl,” Ambreen tells us.

Diary of a Hounslow Girl is a semi-autobiographical, one-woman show about a 16 year old British Muslim girl growing up in west London.

Ambreen admits it is inspired by some of the girls she went to school with. It is essentially a coming of age story, which Ambreen describes as funny, bold and provocative:

“I think it was just being around young women coming of age, because it’s a very important age, 16. I just studied them for almost a year, and was able to see their struggles, what their kind of priorities were, and I was just inspired to write it really.”

The comedy show involves Ambreen taking on multiple roles, and enacting out some funny scenarios, such as a traditional Pakistani wedding, making it hugely relatable for Desi audiences from all backgrounds.

The show, while comedic for the most part, touches on the trials and tribulations many young Asian girls face when treading the line between tradition and modern life. It uncovers conservative cultural traditions and how they continually clash with Western modes of living:

“Because I understand coming from that culture, coming of age. I had friends in school who found it very difficult to come of age because they were trying to balance their two co-existing worlds, and that is very pressurising.

“And I wanted to do that through a strong, bold character, who is very proud of her religion, but also very confused by it as well.”

The show also helps to break down negative stereotypes that relate to young British Asian girls wearing headscarves. Ambreen’s purpose behind Diary of a Hounslow Girl is to show that all 16-year-old girls go through the same experiences growing up.

Watch the trailer for Diary of a Hounslow Girl here:

Aside from debuting on stage, Ambreen has also been involved in other projects, including BBC 3 drama, Murdered By My Father, No Guts, No Heart, No Glory on BBC 4, and The Raz and Deep Show.

Murdered By My Father has been critically applauded for its controversial theme around honour killings in the British Asian community.

It is a hard-hitting story about cultural traditions and honour killings that still take place in some Asian communities to this day.

Ambreen gives a great performance in the show as Rafia, the level headed sister of one the secret lovers:

“The show itself is based on an honour killing. It centres around a daughter and a father, and things just go horrifically wrong,” Ambreen says.

The story sees two young lovers embarking on a secret romance even though the girl is already promised for marriage.

Events take a devastating turn once her father realises the truth and the family’s reputation is left in tatters amongst the Asian community. Ambreen admits that it was an enriching project to be involved in: 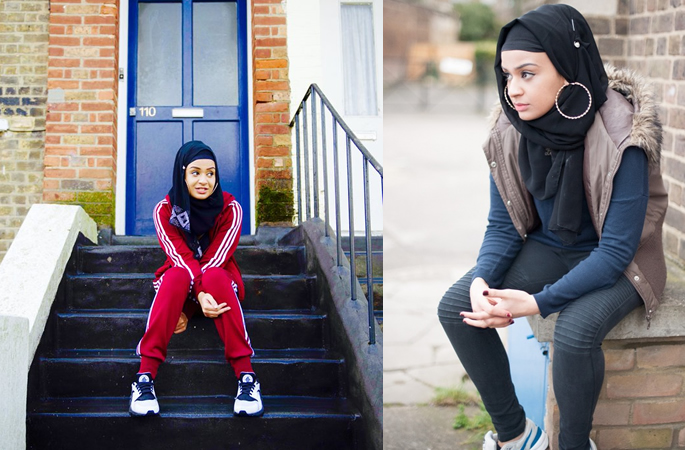 “Firstly, I don’t think it should be called ‘honour killing’. It is something that happens, and something we have to tackle. I’m just so pleased to have been part of the project where it was tackled in such a universal way.”

“It is very harrowing, but at the same time you don’t blame each character because they love each other. You sort of blame the outside influences that have a big part to play.”

Ambreen adds that watching the premiere of the show was really difficult for the cast due to the challenging nature of the plot. She explains how important it is for British Asian stories like this need to be brought to the public consciousness, and told in a sensitive manner.

Listen to our Gupshup with Ambreen Razia here:

Diary of a Hounslow Girl theatre tour kicks off from May 4, 2016, at the Ovalhouse in London before stopping off on dates all over the country for eight weeks.

Tickets are available on the Black Theatre Live website, here.