‘Favour’ is an emotional play looking at how a Muslim teenager deals with the conflicts that arise from her mother’s return from prison.

She captures the despair and love of a mother superbly

In June 2022, Ambreen Razia’s touching play Favour made its debut at the Bush Theatre in London.

The show, co-produced by Clean Break, tells the story of a torn 15-year-old, Leila, played by the talented Ashna Rabheru.

Leila is conflicted with life as she tries to follow the guidance of her traditional grandmother, Noor (Renu Brindle) and the boisterous attitudes of her mother, Aleena (Avita Jey).

Aleena and Noor both battle against each other, believing they know what’s best for the troubled teenager.

However, this is not just a plot of family issues. Aleena has just returned from a two-year stint in prison and is also battles with alcoholism.

The reasonings for her absence unravel throughout the play, shining a light on certain taboos for South Asian families and the extent to which secrets are kept.

The London backdrop provides a whimsical setting for the audience and is lit up by the incredible humour of Noor’s best friend, “auntie” Fozia (Rina Fatania).

But, how did the stellar cast rack up with the varying emotions of such an intricate plot? 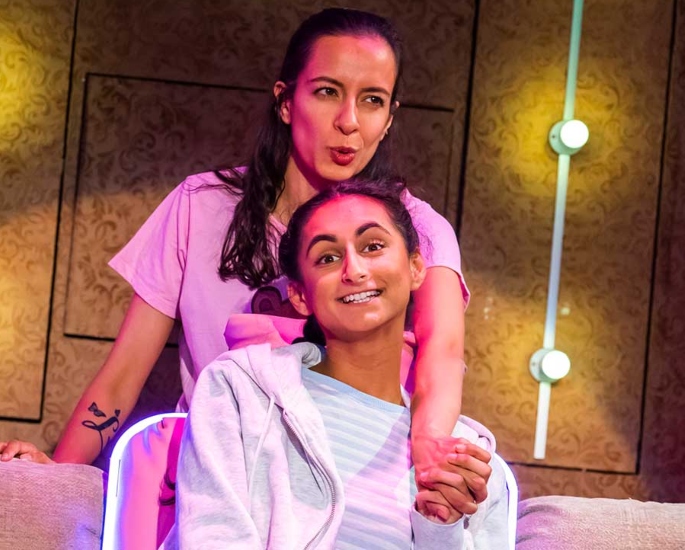 The central theme throughout the whole of Favour is identity.

The play opens with Leila painting a family portrait as Noor prepares food for the day ahead. She has a strict routine for her granddaughter.

Consisting of lots of homework, no sugar after 9 pm and no rubbish TV like Love Island to which Leila comically states “it’s just stupid naked people”.

This lays the foundation of the type of relationship they have. Noor is stern, remote and sometimes bleak in her expressions but also warm and comforting.

However, she is also adamant for Leila to recognise and follow her Muslim faith. This is symbolised by the headscarf Leila dons (in parts) throughout the show.

Although, the first signs of confusion for the teenager come from her mother’s return from prison.

Aleena greets her mum with the traditional “Salam Alaikum, Ami”. But, she then clocks Leila’s hijab to which she bellows “hang about, when did she start wearing that, Ami?”.

Aleena regularly questions the rules Noor has put into place which emphasises the unapologetic approach she has.

The audience witnesses this on Leila’s birthday as Aleena pours her daughter a glass of cherryade.

Aleena asks “have you tried this?” to which Leila replies “Nanoo doesn’t let me drink fizzy drinks”.

With a disappointed look, Aleena states “well your old mum’s back now” and pulls out a bright pink straw.

Even further into the act, she expresses “there’s going to be some changes round here, sugar, and TV allowed whenever you want”.

They also purposely contrast the subdued speech of Noor and actively go against the home she has formed for herself and Leila.

Slowly, onlookers see that Leila’s fascination with her mother fizzles into an identity crisis.

Favour perfectly displays Leila’s frustration in stages. The constant switch between her mother and grandmother leaves her in a place of anguish.

The audience feels the full effect of this as Ashna Rabheru beautifully executes Leila’s excitement and timidness.

Avita Jey adds to this with her carefree behaviour, trying to actively keep up the identity of the fun-loving mum. 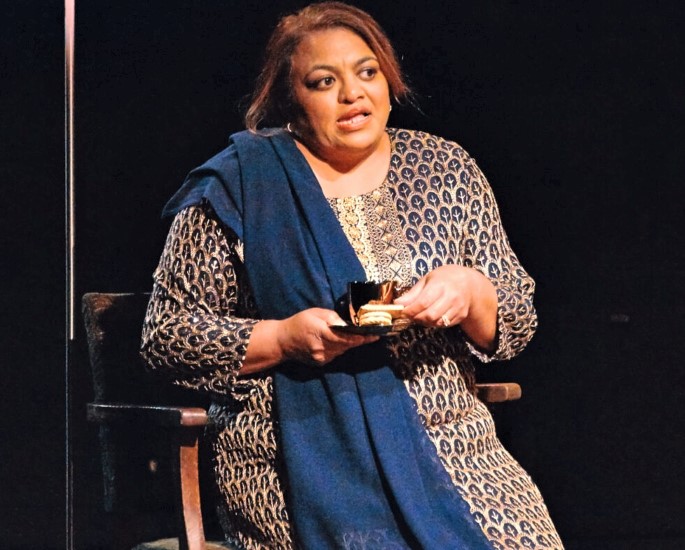 Whilst the four-woman cast all played their roles impressively, most of the humour in Favour is brought by Rina Fatania’s character, Fozia.

The cheeky, bodacious and cocky character is like the queen bee of the play. We learn that she is Noor’s best friend, but what’s left to the imagination is how the friendship formed.

The audience learns that Fozia helped provide the little house for Noor and also provided the defence barrister for Aleena.

In loud bursts throughout Favour, she enters with rounds of gossip from the community. But, she funnily counteracts this with a humble bravado that onlookers can see right through.

She exhibits all the classic behaviour of a South Asian “auntie” – the ones who aren’t blood-related but think they are.

Rina does a fantastic job in moulding Fozia into this self-serving hypocrite.

Her entertaining reactions, mumbling laugh and loud expressions draw out huge giggles from the crowd.

One hilarious instance was when Fozia is offered a selection of biscuits, she complains her “sugar is very high at the moment”. But, proceeds to eat all the chocolate ones.

She adds a certain pace to the play and doesn’t overwhelm the plot with her amusing and sometimes silly behaviour.

Similarly, Aleena and Leila both have their moments of witty comebacks but it’s the conversations with Fozia that really have onlookers chuckling. 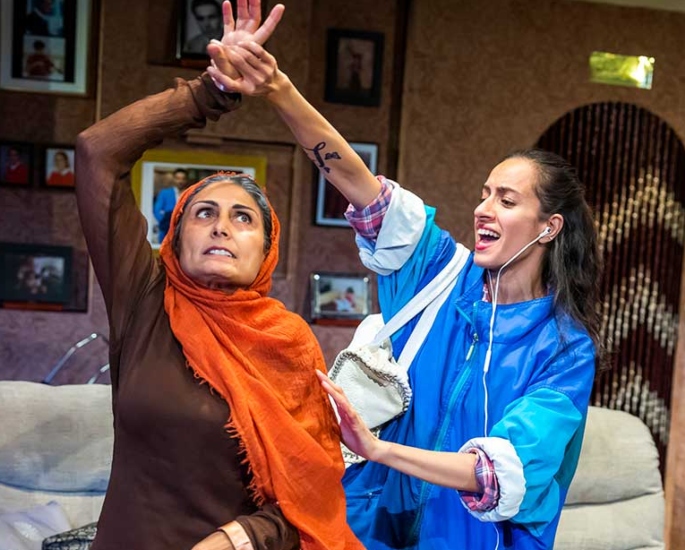 The most riveting elements of Favour come through its portrayal of family dynamics and stigmas in South Asian households.

From the get-go, Noor and Aleena’s intense and varying relationship is highlighted.

The audience can see right from the beginning how on edge Noor is when realising her daughter will return home soon.

Even so, no matter how hateful Noor comes across, Renu expertly shows glimpses of care within the character. She captures the despair and love of a mother superbly.

In addition, we see the protectiveness that comes within South Asian culture.

Although Leila appreciates the guidance both her mother and grandmother give, it becomes unbearable and sometimes suffocating.

Leila’s emotions are constantly up and down because of her surroundings.

The audience can feel every inch of her happiness, sadness and anxiety.

Ambreen does a tremendous job of highlighting the ideals within South Asian families and the actors present this in such a realistic way.

Trying to get these themes across can sometimes hinder a show’s impact.

However, with such a diverse audience looking on, all of them feel connected to what is happening in front of them.

In vivid fashion, stigmas such as smoking, prison, addiction and mental health are present.

Smoking is a running act within the show. Actors lit up real cigarettes, but most surprisingly, Noor’s smoking habit catches you off guard.

She tries to hide this but Leila is well aware as she points to the kitchen drawer when Aleena asks “where does your Nanoo keep her ciggies?”.

Another poignant aspect of Favour is Aleena’s alcoholism. In South Asia, especially in particular faiths, drinking is prohibited.

Although it adds to Aleena’s happy-go-lucky aura, it’s frowned upon by Noor as she tries to hide this from others – especially Fozia. It draws out the distaste Noor has for her daughter.

We also see how clouded the prison situation is for Aleena. What’s very symbolic is how the reasons for Aleena going to prison are shied away from in the play and rarely discussed.

This makes way for other backstories but is constantly at the back of your mind until its ultimate reveal at the end.

The panoramic setting of the play allows you to see all angles and movements of the actors.

Some of their reactions are hidden from the other characters but seen by the audience which is a refreshing theatrical quality.

Likewise, the transitions from one act to the next are smooth and you never really realise that the play is going on to the next phase. It feels like one continuous rollercoaster of emotions.

Watch some reaction from audience members: 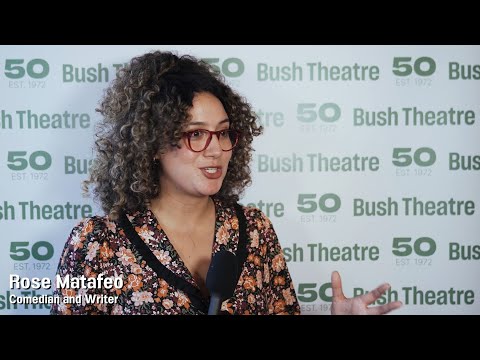 With such brilliant performances from each character, you feel so engaged and are able to witness amazing subplots and storylines come to life.

Each theme within Favour doesn’t overwhelm another one, everything links together.

It tells the story of powerful South Asian women, many of whom represent wider society but their stories are often looked over. But, this gives them a voice.

The astonishing acting and poignant scenes are thought-provoking and at times, gut-wrenching.

The actors pull on your heartstrings and audience members go through a catalogue of emotions, resonating with each character but also understanding the other.

This is a show not to miss out on. Find out more about Favour here.