"I simply reminisced about surroundings which I grew up in the mid-80s."

UK-based artist Kully Rehal has taken the internet by storm with her ‘Superhero Aunties’ series.

Through portraying them as popular comic book heroes like the infamous Deadpool, the fierce Catwoman, and the inspirational Wonder Woman, she wants to show the struggles of immigrant Asian women.

Each Aunty has a symbol of their culture weaved in to their superhero costume, alongside having the realistic body proportions of a woman in her 60s.

In addition, each of them has their own superhero name, like ‘Dead-phool Auntyji’ and ‘Bindar Woman’.

Rehal does not shy away from showing it all and this really contrasts from the ‘stick thin’ body type we are so used to seeing. 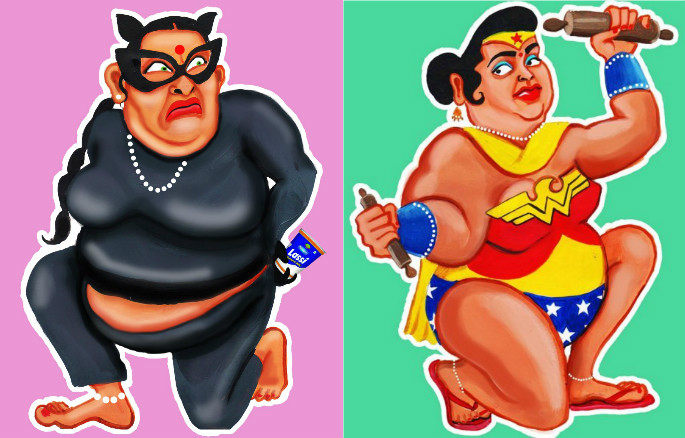 Growing up in an Asian neighbourhood, Rehal knows the trials and tribulations of the Asian diaspora as her parents experienced it.

It’s safe to say that there is a lack of awareness for the struggles of South Asians, especially for women. Rehal was inspired by her painter father to bring the issues the Aunties face into the light by creating a set of cartoon-esque artwork.

She says: “When I started my superhero aunties series, I simply reminisced about stereotypical surroundings which I grew up in the mid-80s and wanted to shed light and pay tribute to the struggles, sacrifices, and success stories after moving from their motherlands to the UK.”

She has spoken to many Asians in their 60s about their struggles and experiences. Everyone has their own story, and this project is a way of bringing awareness to the unique issues that Asian women face.

She tells Buzzfeed: “I feel the elderly members of our community don’t have voices to express and share their stories, so I personally made them all individual pieces of art to celebrate their strengths.”

“It has given them a sense of importance and being part of something and I wanted to shed some humour to celebrate their success stories.”

By using classic and well-known superheroes like Spiderman and the Hulk, her artwork has given a sense of empowerment and individuality to each person. 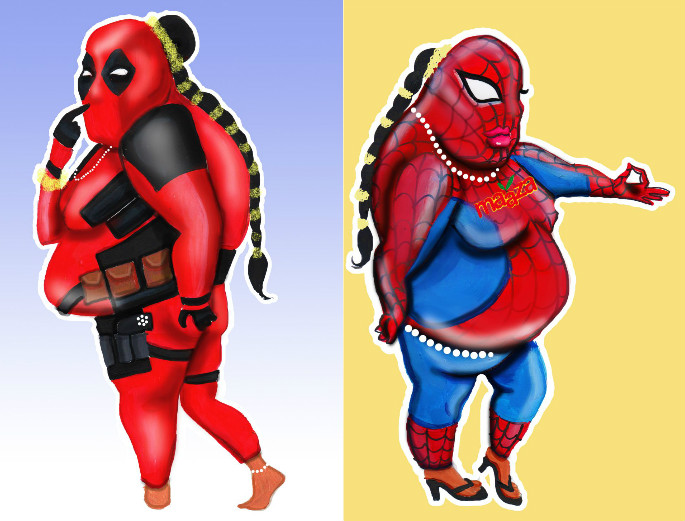 Rehal adds: “Each and every person, no matter what caste creed or gender, has a story to tell.

“To me, this Superhero Aunty series is paying tribute to all those aunties who have experienced various types of struggles after moving to this country, such as racism, sacrifices, domestic, verbal abuse, and generally working hard labour, that they had to endure.”

This project does not only have aunties at the centre, as she also has created superhero uncles in the same style.

Superman is reimagined as ‘Ishuperman Bhai – Man Of Steel’, while Batman with a Desi twist has become ‘BP Singh’ who is ‘here to help those Desi bandeh who suffer from ‘High Blad Presser’ EAT GARLIC!!’

In the same spirit as the aunties, she’s drawn them with receding hairlines and the typical ‘dad bod’ you would expect an older Desi man to have, and has introduced them in very amusing ways. 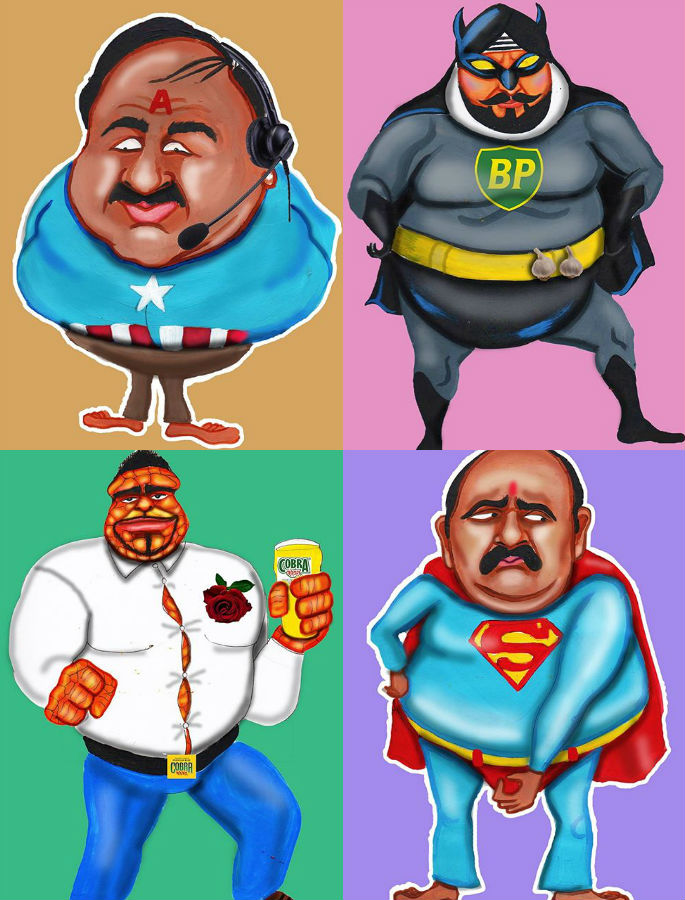 South Asians – be they aunties or uncles – are often overlooked in the media and in some cases dehumanised as caricatures, so it is refreshing to see a Desi artist, such as Kully Rehal, portray them in interesting ways.

With these quirky representation of Asians in the comic world gaining more spotlight, a Desi take on Marvel’s Avengers or DC Comics’ Justice League could arrive sooner than we think.