Akshay Kumar has proved he is King of the Box Office with his release, Singh Is Bling. The film starring Amy Jackson and Lara Dutta has become the second biggest opener of 2015.

"I shot with it, I sat with the lion and I was sh*t-scared!"

King Akshay Kumar is back in his Punjabi avatar once again with Singh Is Bling.

Co-starring Amy Jackson and Lara Dutta, hit director Prabhu Deva and the Singh Is Bling team have delivered in their promise to entertain you with this brilliant action comedy.

Singh is Bling follows the story of Raftaar Singh (played by Akshay Kumar), who’s the apple of his mother’s eye (played by Rati Agnihotri), and the biggest irritant for his father (played by Yograj Singh).

The carefree Raftaar is known to always run away from his responsibilities. Fed up of his dalliances, Raftaar’s father orders him to go to Goa and work for his friend there.

Respecting his father’s wishes, Raftaar leaves. Once in Goa, he impresses his new boss with his enthusiasm and out of the box thinking. 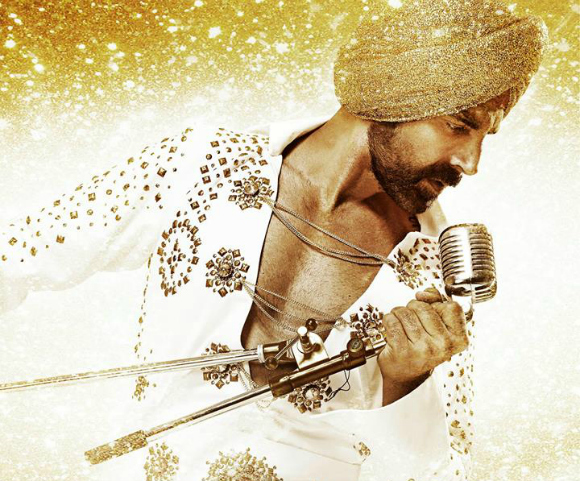 Soon he gets an important assignment from his boss that leads him to Sara (played by Amy Jackson) and thus begins their unique love story.

But struggling to speak to Sara, Raftaar is joined by a unique translator, Emily (played By Lara Dutta) who almost ruins their budding love.

However, what starts as a harmless romance takes a deadly turn when he realises that Sara is not who he thinks she is and has a hidden agenda that takes him to Romania.

Will Raftaar be able to go back home with his ladylove?

Known as the Khiladi Kumar of Bollywood, Akshay has long since proved that he is the true action hero of Indian cinema.

Playing the character of a zookeeper in the film, Prabhu Deva thought it would be effective to have Akshay shoot with a lion in one of the scenes.

Interestingly, instead of using a green screen, the filmmakers decided to keep Akshay and the lion in the same frame. 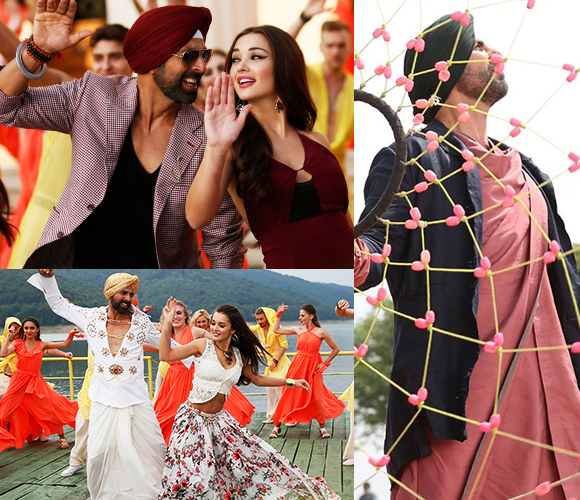 Akshay later revealed how he felt during the shoot, saying: “I don’t want people to think it’s a green mat. Not at all. I shot with it, I sat with the lion and I was sh*t-scared!

“Actually, in the middle of a shot, the lion got angry and broke some glass. Because he saw his own reflection and thought it was another lion.”

Even with the fun and dangerous shenanigans on set, the big release film has faced a bit of controversy.

Just like Singh Is Kinng, Singh Is Bling was being threatened to have a halt on its release due to some questionable content that represented the Sikh community. 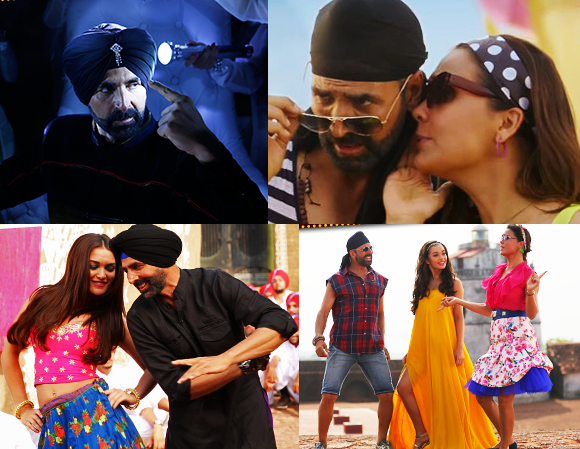 However after two cuts, the film was later cleared by the censorship board:

“The CBFC was very clear on the issue of cultural policing. Only if the objectionable scenes were seen to go astray of the board’s guidelines would they be censored.

“There were two such scenes which Sikh organisations objected to and which the board then decided to delete from the film.

“One of them has Akshay Kumar using his holy kadaa (iron bangle) like a weapon and the other scene shows his turban catching fire. These two scenes have been censored. The rest of the film had no objectionable content.”

Already being in the top three of most downloaded albums, Singh Is Bling enjoys a great collection of hit songs.

The mix of composers by the likes of Meet Bros Anjjan, Manj Musik and Sajid-Wajid offers a nice raw and fun twist to the album.

Each of the 5 songs and 3 remixes stand on their own in the album.

Watch the trailer for Singh Is Bling here:

‘Tung Tung Baje’, sung by the talented Diljit Dosanjh the song gives us an introduction to the character of Raaftar. The fun Bhangra song will make you want to get up and start dancing instantly.

Title track, ‘Singh and Kaur’ is a hip hop mix with Bhangra, and the party track is definitely one of the best from the album.  ‘Cinema Dekhe Mama’ is a fun way of Raftaar introducing Bollywood to Sara. The goofy and fun lyrics are your all out thumakda Bollywood track.

With Akshay always raising the bar with his films, the Khiladi has enjoyed box office success with a record-opening weekend.

The film has already roped in Rs, 50 crores, making it the second biggest opener of 2015, after Salman Khan’s Bajrangi Bhaijaan.

For the British Amy Jackson, the response to the film has been truly overwhelming:

“Completely overwhelmed, it is huge project to be working on Singh Is Bling. How everyone is enjoying the film is everything to me. Definitely, it is the biggest milestone of my career.

“I am very fortunate that I have a film with Akshay and to be doing a film like this in Bollywood.”

With everything going so well for the young starlet, could Amy Jackson be the next Katrina Kaif of Bollywood?

It is clear that Akshay has all the right reasons to be laughing all the way to the bank, make sure you catch this Khiladi Singh in action.

British born Ria, is a Bollywood enthusiast who loves to read books. Studying film and television, she hopes to one-day produce good enough content for Hindi cinema. Her motto is: “If you can dream it, you can do it,” Walt Disney.
Priyanka Chopra hunts the Truth in Quantico
South Asian films at BFI London Film Festival 2015