The Pakistan Super League T20 cricket competition returns for its sixth edition from February 20, 2021. The National Stadium Karachi will be kicking off the event.

There is lots of excitement around the Pakistan Super League (PSL) in the country and amongst diaspora communities.

In typical Pakistani fashion, cricket is a festival itself and one for the whole family to celebrate.

This is the second season of the PSL, which is taking place entirely in the country. The Pakistan Super League, fittingly, has gone on to produce six smash-hit cricket anthems from 2016 to 2021.

All 6 anthems have a different theme and a music video to go with them.

Pakistani singer-songwriter Ali Zafar was behind the first three anthems. Subsequently, the next three anthems had different vocalists and musicians collaborating.

With world-class commentators on board, they will also sing and dance to the tunes of some of these anthems.

DESIblitz presents 6 catchy Pakistan Super League cricket anthems that will get everyone in the mood.

Eminent Pakistani playback singer Ali Zafar had the responsibility to produce the anthem for the inaugural season of the Pakistan Super League in 2016.

Ali recorded the song ‘Ab Khel Ke Dikha’ in the studio and performed it initially at the Pakistan Super League logo release ceremony on September 20, 2015, in Lahore.

However, Ali did not create this unforgettable song alone, with twenty-five male and female singers joining him as backing vocalists.

A remix version and the music video came out, courtesy of HBL Pakistan on February 4, 2016. Ali went on to perform the hit song during the opening of the Pakistan Super League season 1 in Dubai the same evening.

Following the performance by Ali, the song was trending on Twitter. Celebrities such as Urwa Hocane and Umair Jaswal tweeted their support.

The handsome, Ali Zafar, partook in the music video himself and was singing and dancing. Ali spoke about how this anthem had a very global touch to it, with some Pakistani masala.

“The song has a sort of international feel to it but there is also a very Pakistani flavour.”

Taha Subhani went on YouTube to voice his support:

The iconic anthem was such a success that it was on repeat during season 2 of the PSL.

Additionally, the melody of Ali’s famous song was on the playlist at the end of the 2019 Pakistan Super League opening ceremony. 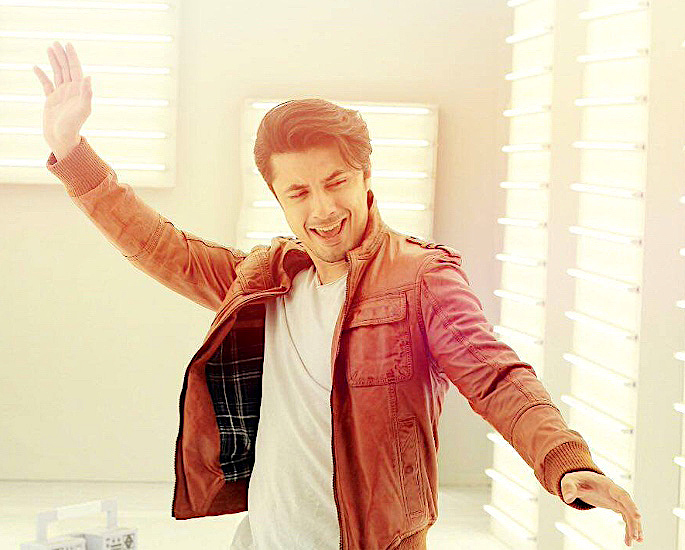 ‘Ab Khel Jamay Ga’ is another buzzing anthem by star Ali Zafar for Pakistan Super League 2. Ali became the writer and singer of this track after he had the green signal from the Pakistan Cricket Board (PCB).

Ali released the audio for the song online on January 1, 2017, but re-released it a day later with some background vocals changed.

In preparation for the song release, Ali created excitement:

“Last time, it was just the beginning. This time, it’s a bigger celebration.”

The music video had an impressive line-up, with HBL Pakistan releasing it on January 29, 2017.

Several cricket players also made an appearance in the video, which made its way on YouTube. The cricketers include Ramiz Raja, Shahid Afridi, Misbah-ul-Haq, Umar Gul and Ahmed Shehzad.

Ali went on to perform the anthem in the opening ceremony of the Pakistan Super League in Dubai on February 9, 2017.

Asjad Khan wrote a glowing review about the song on February 23, 2017:

“The PSL anthem aims to create a party atmosphere, and win hearts.”

Ali Zafar sang the anthem again at the closing ceremony of the 2018 PSL The song was an instant hit.

“It is better to repeat this anthem every year instead of making new one every year.”

The song was enjoyed by many around the globe, attaining over 16 million views on the official PSL channel.

The video also received more than 170,000 likes on YouTube. Further, #AbKhelJamayGa was used to promote the tournament across social media. 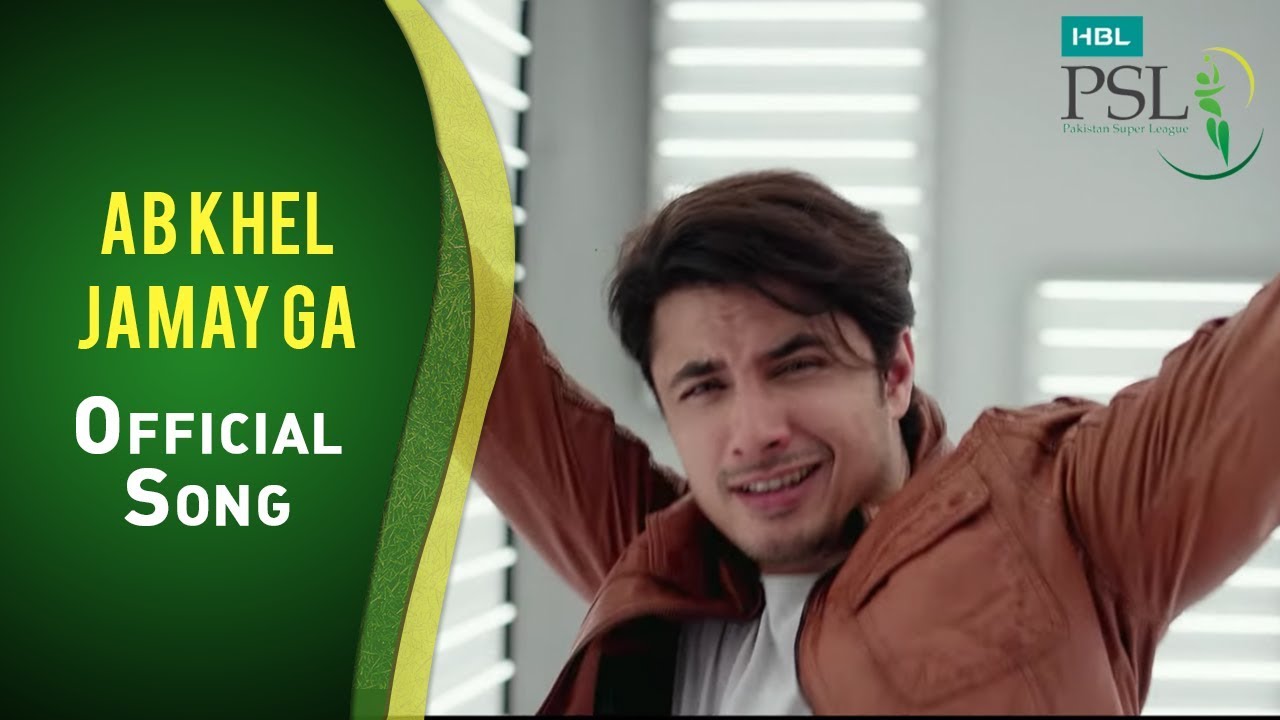 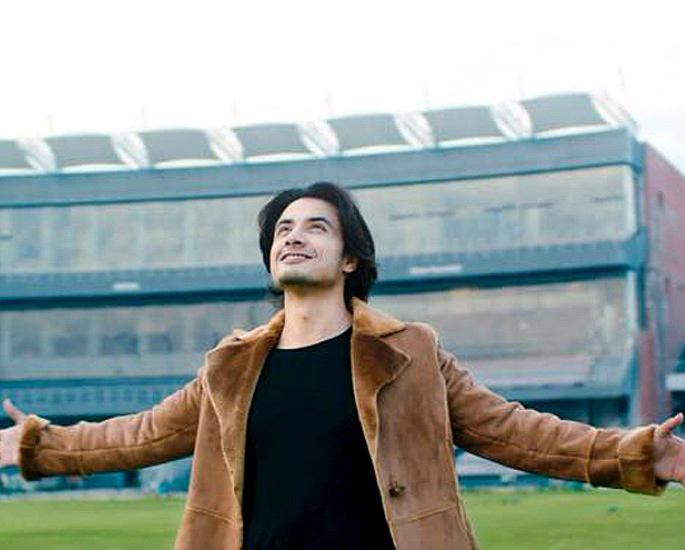 The song was premiered on January 28, 2018, by HBL Pakistan and Silent Roar Productions. Besides writing and composing the song, the creative Ali Zafar has also sung ‘Dil Se Jaan Laga De.’

Shani Arshad a well-known name in the Pakistani music industry is the producer of the track.

In the video, cricketers can be seen, trying their hands at instruments. Former Pakistani opener, Rameez Raja is drumming in the video, with Ahmed Shehzad playing the guitar.

Former Pakistan captain, Shoaib Malik ventures into a different sport, with him boxing in the music video.

The melody of this anthem was also played at the end of the 2019 Pakistan Super League opening ceremony.

Earlier, #DilSeJaanLagaDe was trending to officially announce the anthem on December 28, 2017.

With over six million views on YouTube and more than 100,000 likes, Ali made another hit song for the Pakistan Super League.

There was clearly a positive reception to the song, with Ramsha Soofi from Daily Pakistan, writing:

“The song takes you right into the golden days of country’s cricket.”

The song was popular enough to gain the attention of Indian fans also. ‘It’s Lisa plays’ went onto YouTube, expressing positivity about the anthem:

“It’s such a fresh, energetic, and joyful song that it doesn’t even feel like it’s a psl anthem. Seems like a song from a blockbuster movie? This is always the best anthem?”

‘Dil Se Jaan Laga De’ is clearly an iconic song to be remembered. 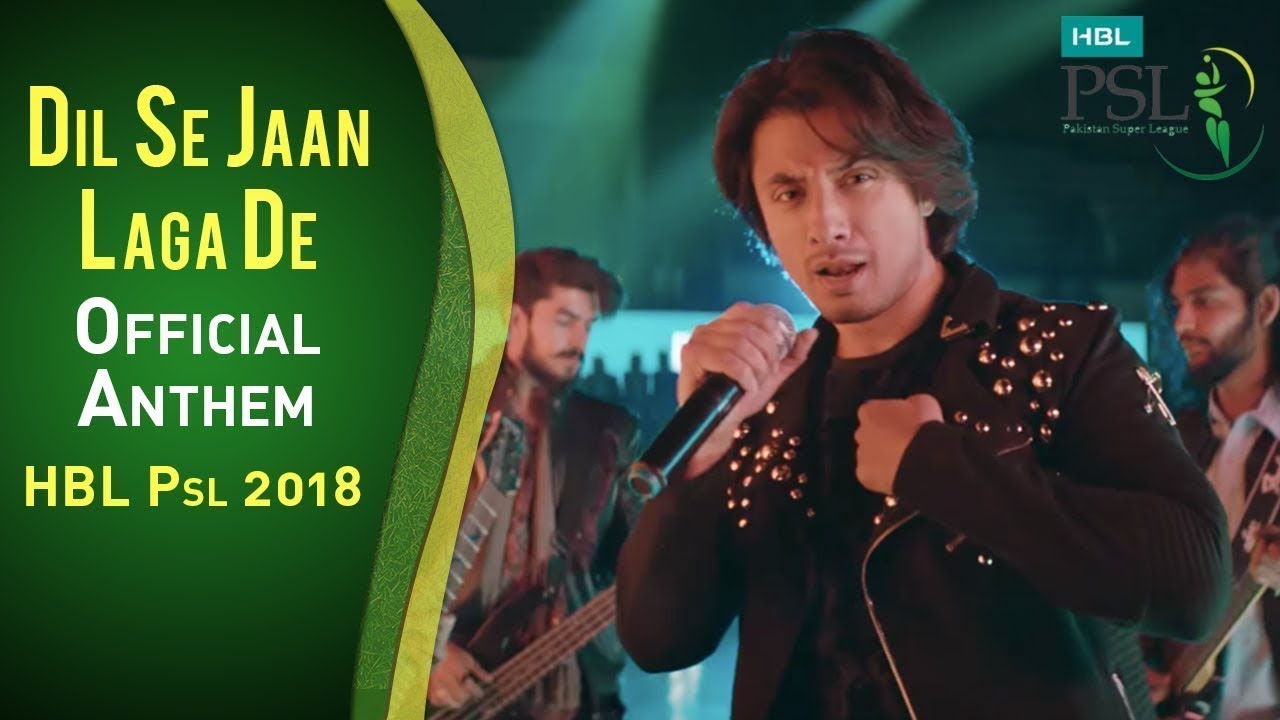 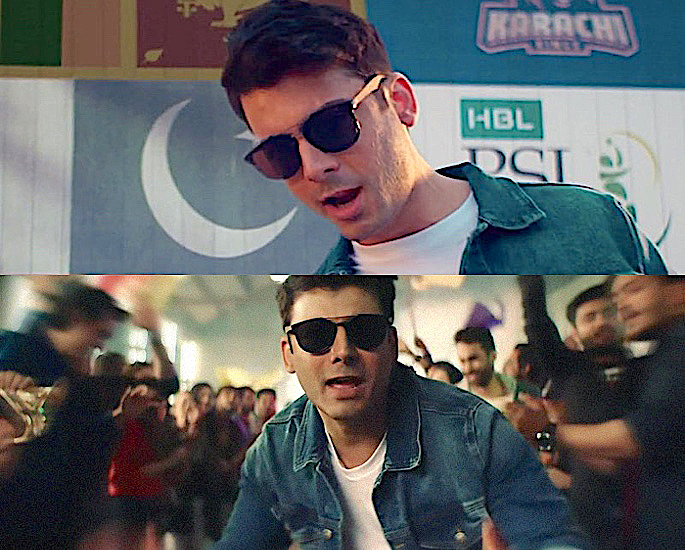 The famous composer Shuja Haider had his words playing to the tune as the writer and producer of the anthem.

The song marked Valentines Day, with Fawad Khan and Young Desi performing it at the PSL opening ceremony in Dubai International Stadium on February 14, 2019

‘Khel Deewano Ka’ has garnered over 14 million views and more than 1.7 million likes on YouTube.

A fan going by the name of FK @i1ikesunshine took to Twitter on January 23, 2019, praising the song, especially Fawad and Shuja:

“I am addicted to this song #KhelDeewanoKa the bits are so catchy, the lyrics are so meaningful, and #fawadkhan’s moves.”

“The song is already a massive hit and will only get more famous in the coming days. Suja Haider and Fawad Khan did a great job!”

The song was quickly trending at number six in Pakistan, following its release. ‘Khel Deewano Ka definitely has had a lasting impact. 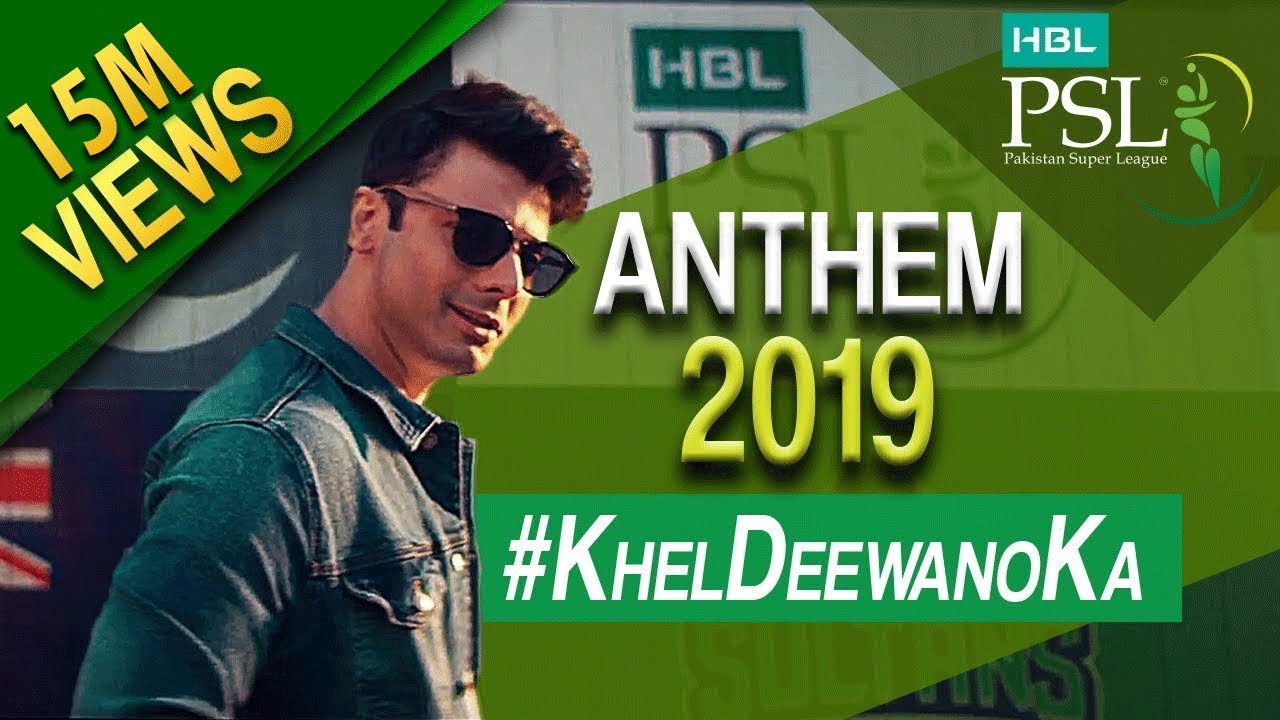 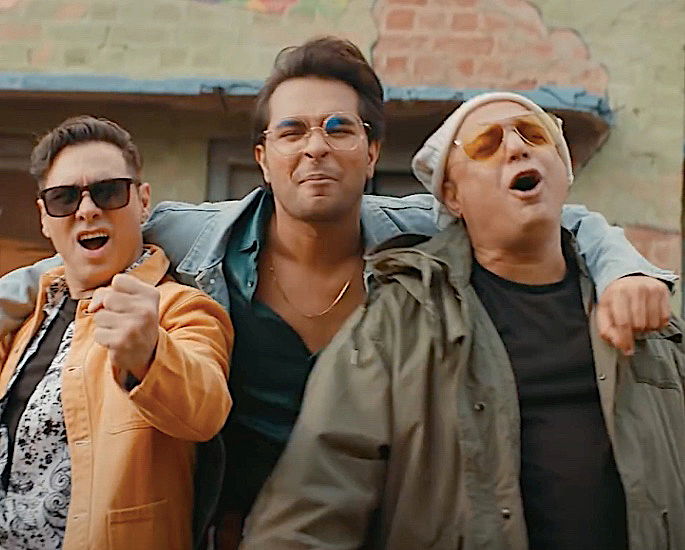 Pakistan Super League, 2020 brought about ‘Tayyar Hain,’ which was a big collaboration. HBL Pakistan and Pepsi came together to release the song on January 28, 2020.

Many singers were collaborating for the 2020 anthem, with Ali Azmat, Haroon, Asim Azhar and Arif Lohar all performing the vocals.

Post-launch, singer Haroon was confident that the track and visuals were very impactful:

“The HBL PSL V anthem and video truly encapsulate the feeling of excitement that grips the entire nation as we approach HBL PSL.”

Vocalist, Asim shared his passion for the sport, along with being delighted to be part of the song:

“Like most Pakistanis, I am an avid cricket fan myself and getting to sing the HBL PSL V anthem was a very special experience for me.

“It has allowed me to celebrate and express what most Pakistanis feel about the fact that their very own League is taking place in Pakistan.”

The creation of this song saw a total of twenty-two instruments coming into effect. This includes tumba, chimta, rubab and harmonium

The sound of ‘Tayyar Hain’ went onto unite countries, with fans appreciating the song. Adnan Ahammed was optimistic about the anthem, posting on YouTube:

The video received over 6 million views and more than 130,000 likes on YouTube. 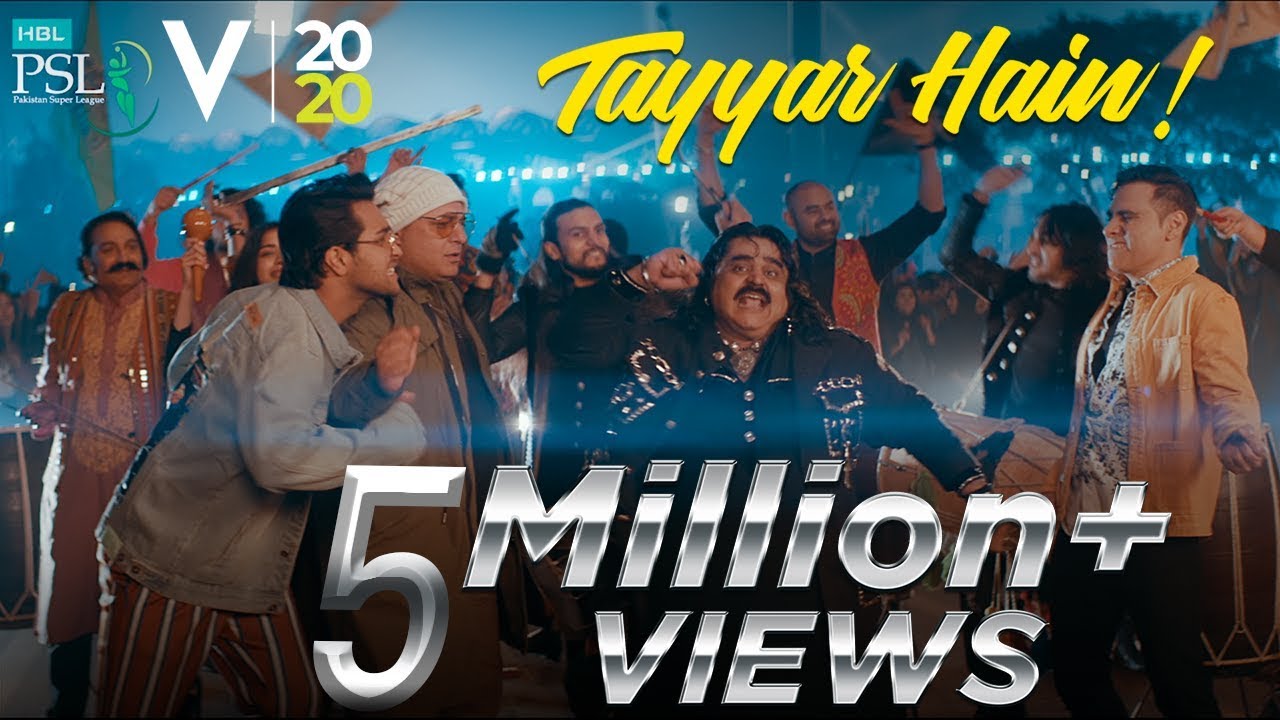 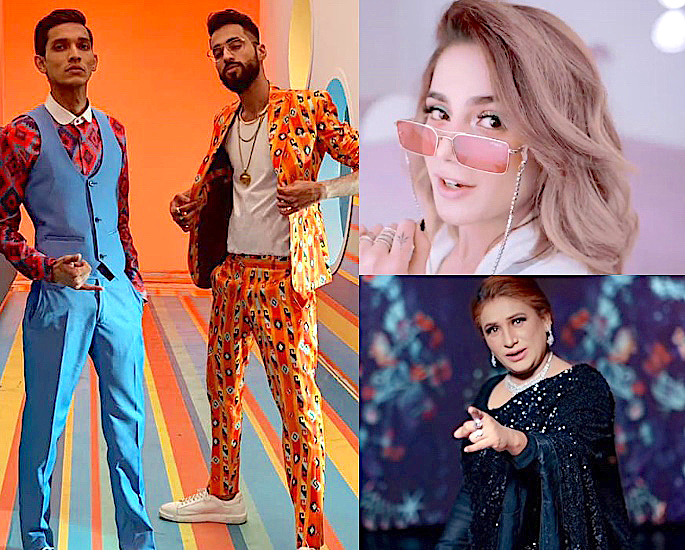 Naseebo Lal, Aima Baig, and Young Stunners teamed up for the vocals for the 2021 Pakistan Super League anthem.

The creative and vibrant anthem was written by songwriter Adnan Dhool. Adnan cleverly used the opportunity to reflect the COVID-19 pandemic for audiences and cricketers alike.

The anthem was released on February 6, 2021, with the music video. Pakistani folk singer Naseebo Lal was ecstatic with the response to the song.

Hina Saleem from Reviewit. pk referred to the song as a “gust of fresh air for the nation.”

Syed Muhammad Usman had the song on repeat:

“I heard this Song About 60 times…I really Appreciate your Work. and  I love this Song! OMG.”

Whilst some had reservations with the song, Pakistani Canadian singer Meesha Shafi quickly came to the defence of Naseebo Lal, tweeting:

“Queen Naseebo Lal bringing this song to the pitch with her pitch. I am her biggest fan!”

The song had over ten million YouTube hits and more than 300,000 likes in such a short space of time. Fans are in awe of the anthem. 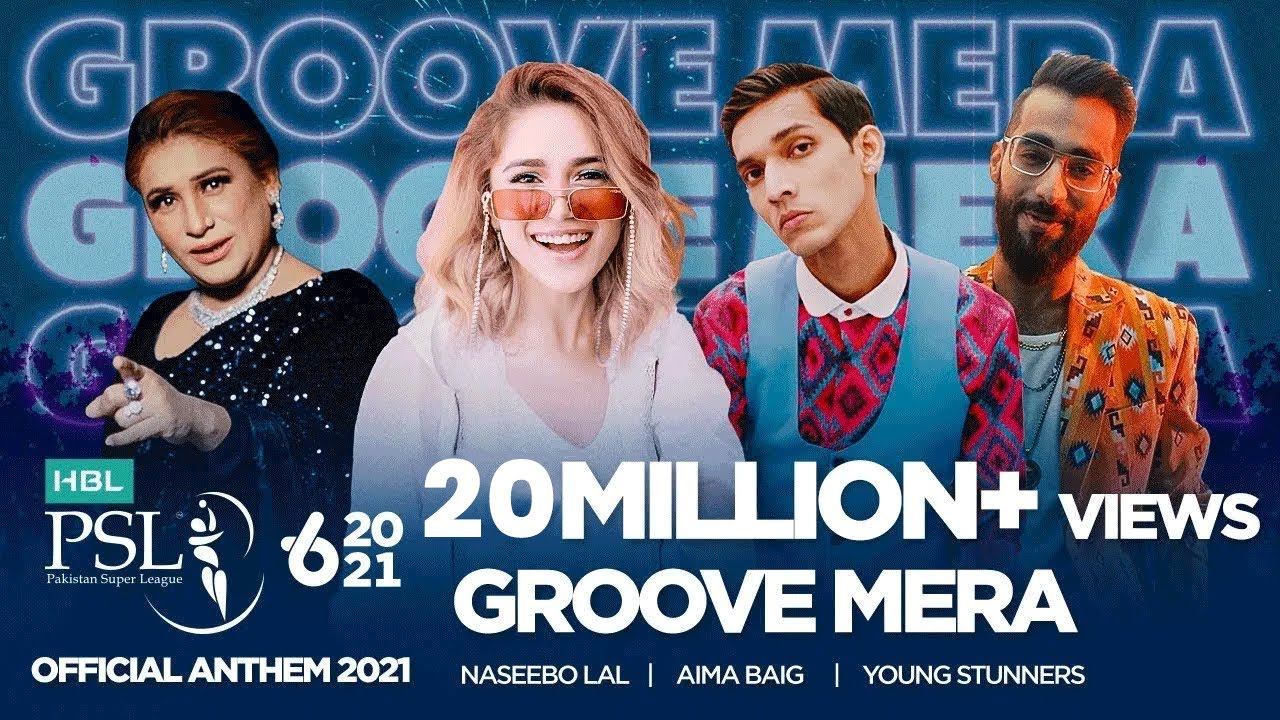 With a history of successful PSL anthems, it is hard to tell which one is the best.

Ali Zafar was successful three times with Fawad Khan’s anthem being popular. The years 2020 and 2021 brought about a change. It was not just a change in artists but a global change.

Pakistanis and all others will be celebrating the Pakistan Super League in style with these smashing hit cricket anthems.

Arifah A.Khan is an Education Specialist and creative writer. She has been successful in pursuing her passion for travelling. She enjoys learning about other cultures and sharing her own. Her motto is, ‘Sometimes life doesn’t need a filter.’
Bollywood Singer Neeti Mohan announces Pregnancy
Rihanna Topless photo sparks Cultural Appropriation Row