Pakistan is renowned for its biscuits. DESIblitz brings you 15 delicious Pakistani packaged biscuits that you should check out.

"the ultimate tea-time partner for every tea lover!"

Pakistan is a country known for its fresh bakeries that sell tasty cakes, pastries and most famously biscuits.

Aside from the gourmet biscuits sold in these bakeries, Pakistan also sells a range of popular packaged ones in shops and supermarkets.

These biscuits have some unique names and flavours, which differ from the ones sold in the UK.

Pakistani biscuit adverts also tend to be quite extravagant. They usually include catchy songs or memorable storylines and characters within them.

One thing that is certain is that Pakistan as a nation loves their afternoon chai and biscuit.

DESIblitz brings you 15 Pakistani biscuits you can try with your chai.

Most of the biscuits mentioned are only available in Pakistan. However, some are in fact available to purchase in Pakistani food stores in the UK. 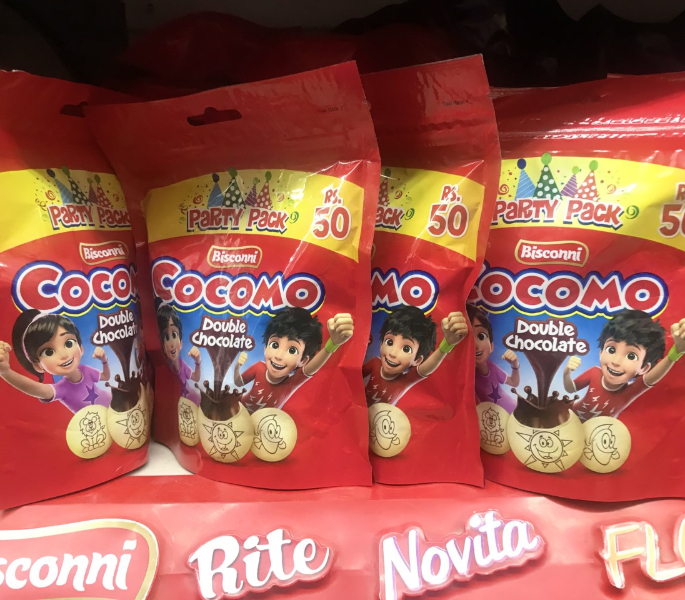 Cocomo, launched in 2002, is Bisconni’s star brand. They are known as Pakistan’s most popular biscuit snack pack.

They are circular wheat biscuits with sweet fillings inside.

Cocomo comes in four flavours: Chocolate, Milk, Strawberry and Orange. However, their chocolate biscuits are the most popular.

Cocomo is a fun bite-sized treat that contains cute designs on the biscuits.

They are quite similar to the Japanese biscuit brand, Hello Panda, however, they cannot be beaten on price.

Cocomo is marketed at children, but it is a firm favourite among adults too. One mother said:

“It is my sons favourite treat; he always asks for it when we go to the supermarket. He also loves the Cocomo song in the advert.”

Cocomo’s adverts include cartoon characters along with the catchy iconic tune of ‘Cocomo Mujhay Bhi Do’ (Give me Cocomo too).

Check it out in their 2019 television advert: 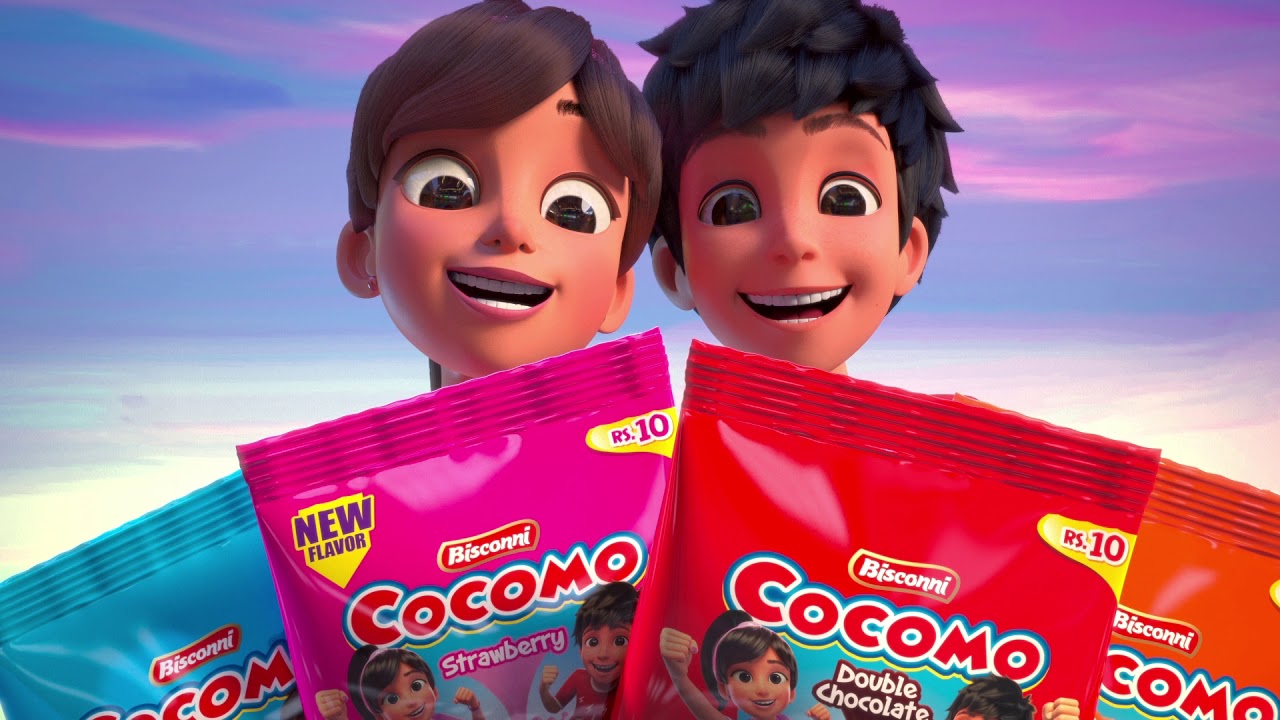 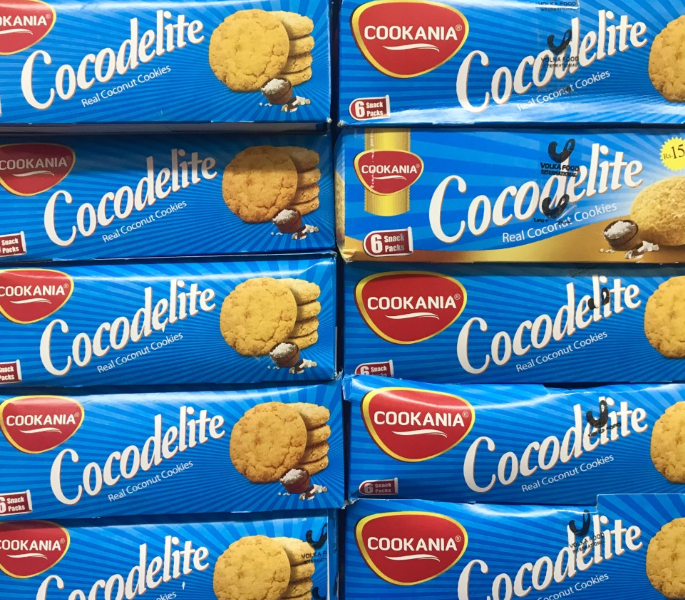 Cocodelite, by Cookania, are crunchy biscuits that contain real coconut.

You can purchase a pack of six biscuits for as little as Rs. 15, which is equivalent to only 7p!

The crunchy texture of the biscuit provides a nice balance with the coconut flavour.

If you are a coconut lover then you will definitely be a fan of these.

One person loved the taste of Cocodelite and said:

“They are my favourite Pakistani biscuit that I have tried, the flavour is very unique from the biscuits you get in the UK.” 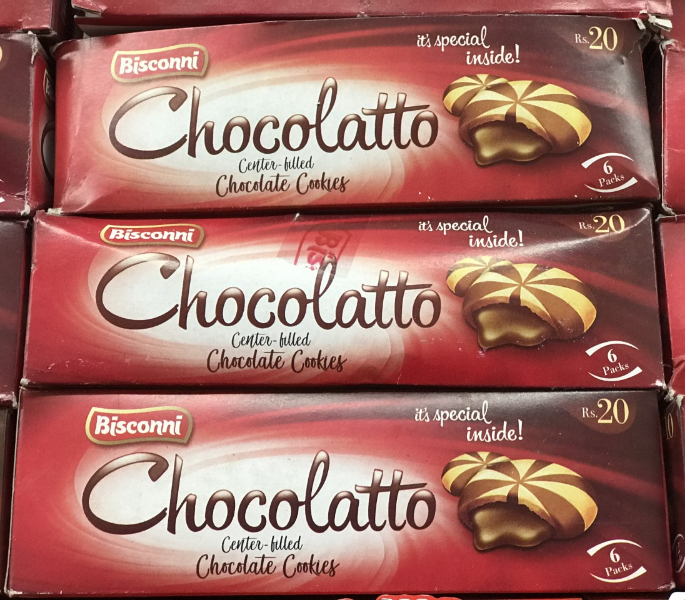 This is a popular one among chocolate fanatics!

Chocolatto, by Bisconni, is a crisp chocolate whirl biscuit that contains creamy chocolate in the centre.

It has a similar centre to Cocomo. But Bisconni markets this brand as more of a rich indulgent and irresistible treat, which you are guaranteed to “love at first bite”.

In Pakistan, there are approximately 1.4 million young children who have disabilities. Bisconni try to help these children where they can.

They donate Rs. 1 from the sale of every Rs. 10 pack of Cocomo and Chocolatto towards prosthetic arms for children in need. 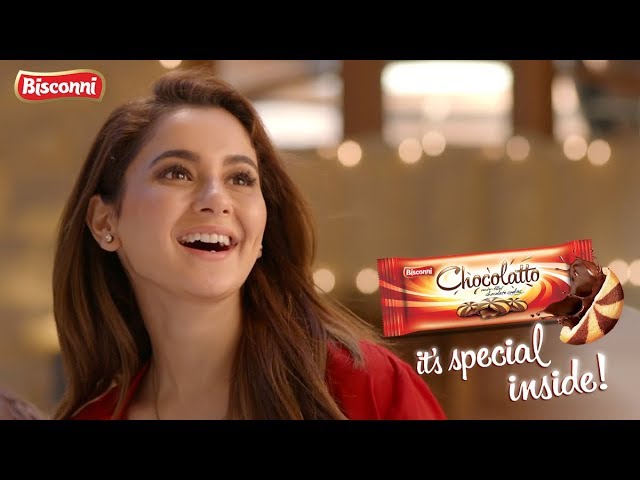 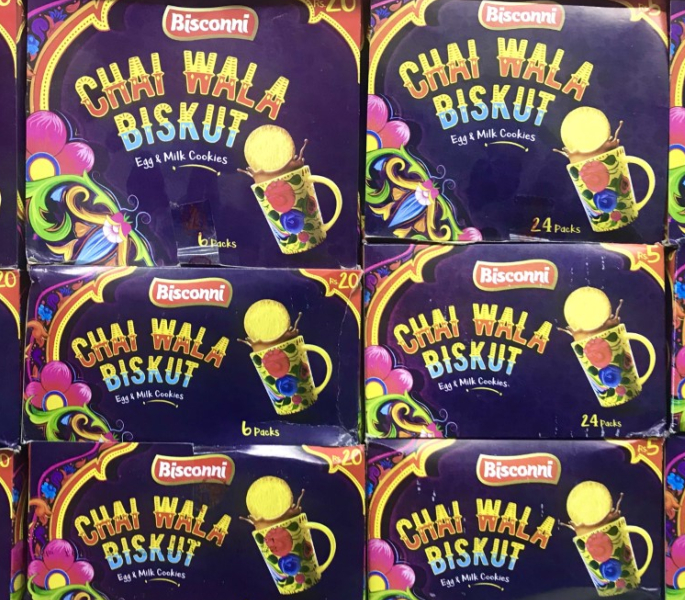 Chai Wala Biskut, by Bisconni, are small egg and milk cookies. They are well-known for their slogan “Duba Magar Pyar Se”.

“Chai Wala Biskut is the voice of Pakistanis who love and own their heritage, with their hearts as vibrant as truck art and proudly dunk their biskut in tea no matter where they are.

“Because Chai Wala Biskut is the ultimate tea-time partner for every tea lover!”

“They are the best biscuits to have with chai, they kind of remind me of mini biscuit versions of cake rusk!”

The packaging is very unique in comparison to other biscuits brands in Pakistan as it is a lot more vibrant.

The packaging incorporates colourful truck art, which is an iconic aspect of Pakistani culture. 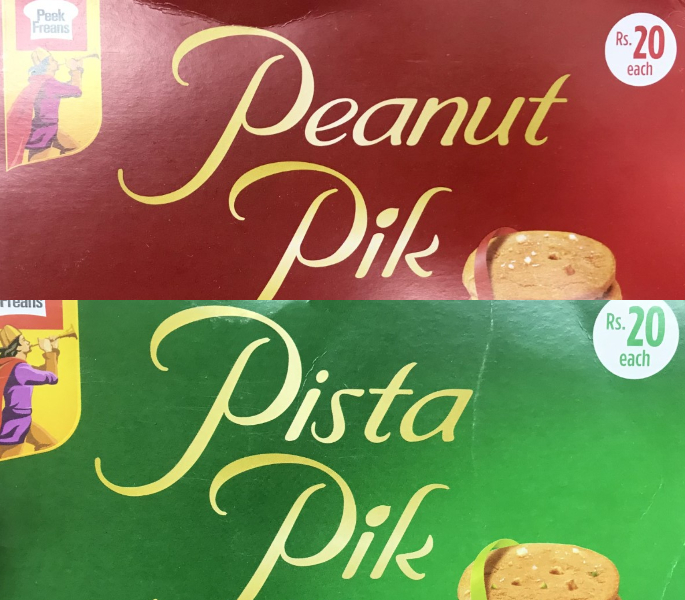 Peanut Pik, by Peek Freans, is a smooth biscuit that contains crunchy peanuts. It is a very addictive biscuit that is loved by all ages in Pakistan.

Peek Freans also sells other variations, such as Party Pik and Pista Pik.

Pista Pik has been well-loved in Pakistan since 1983.

The packets retail for only Rs. 20, which is equivalent to 9p.

While it is a brand that is full of flavour and makes for a great snack, avoid it if you have a nut allergy.

Check out the Peanut Pik 2021 advert: 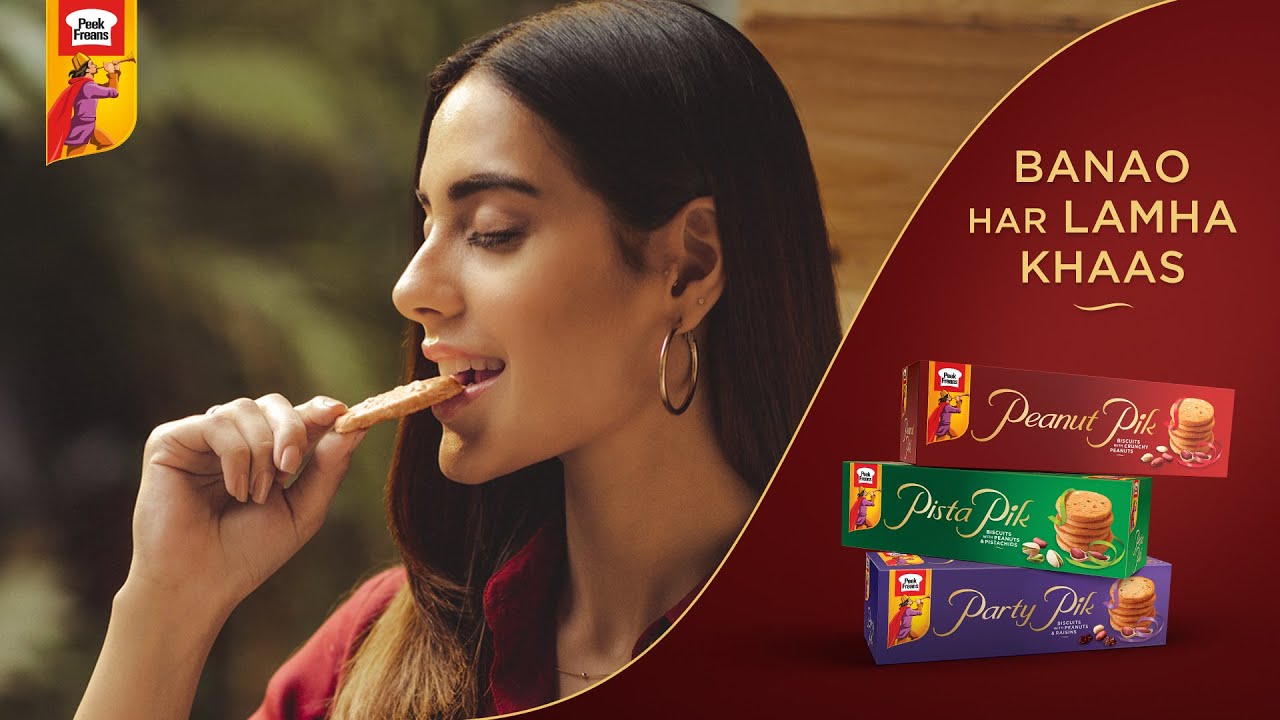 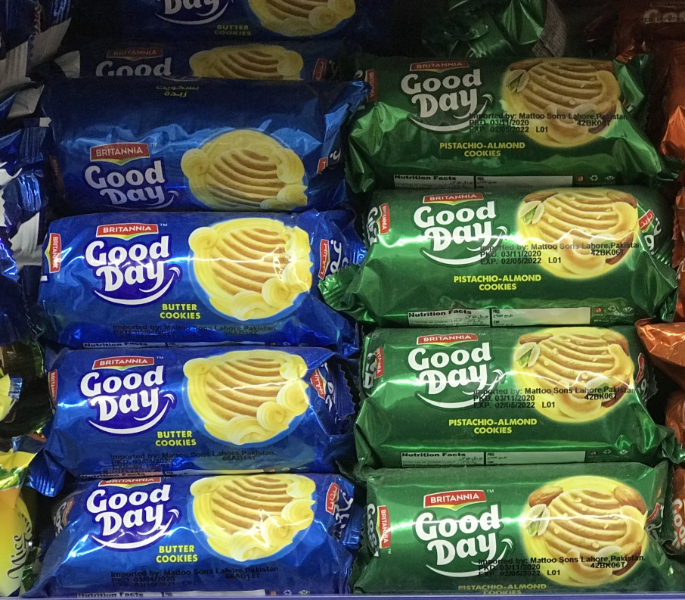 Good Day, by Britannia, are biscuits that aim to make you smile with the ‘smaller joys of life’.

They come in a range of flavours.

The nut cookie contains a blend of pistachios, almonds and cashew nuts.

All of the cookies have a pretty ridged design on them and retail for Rs. 155, which is equivalent to 77p. 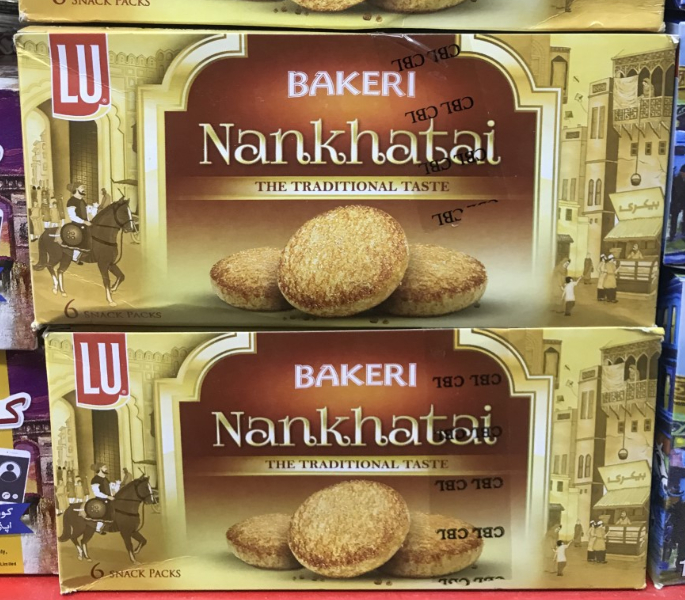 This one is a firm favourite among the sweet-toothed biscuit lovers out there.

Bakeri Nankhatai is a unique sweet, aromatic and crumbly biscuit that was launched in 2014.

Bakeri Nankhatai is not just your average biscuit, but rather it is a snapshot of culture and heritage.

Nankhatai originally has roots in the Mughal Era.

The biscuits originated from the Indian subcontinent and were popular in Northern India and Pakistan. The word is derived from Persian words meaning ‘bread biscuit’.

The packaging on the biscuits state:

“The traditional taste soon found a firm home in Lahore and the walled city became famous for freshly baked Nankhatai.

“Bakeri uses the original recipe of Nankhatai to bring you the taste and texture you love.”

While traditional Nankhatai is still eaten in Pakistan, it is limited to areas such as Punjab and some fresh bakeries.

The brand’s aim is to make this traditional biscuit available to everyone in Pakistan. Munib Rizavi, Brand Manager at CBL, told Aurora:

“We aim to make our product relevant to a younger audience and strengthen their association with this traditional product.” 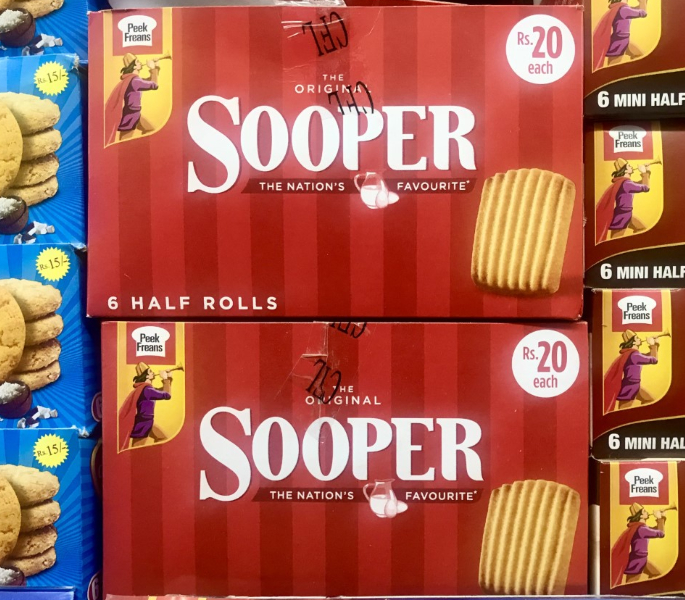 Sooper, by Peek Freans, is a sweet egg and milk cookie that melts in your mouth.

“Sooper is Pakistan’s largest selling brand. I often say that Sooper is no longer my biscuit; it is the nation’s biscuit!”

The nation’s favourite biscuit is loved by all ages in Pakistan and this is reflected in their advertising.

Their 2021 advert aims to celebrate the small moments of happiness in everyone’s everyday life. 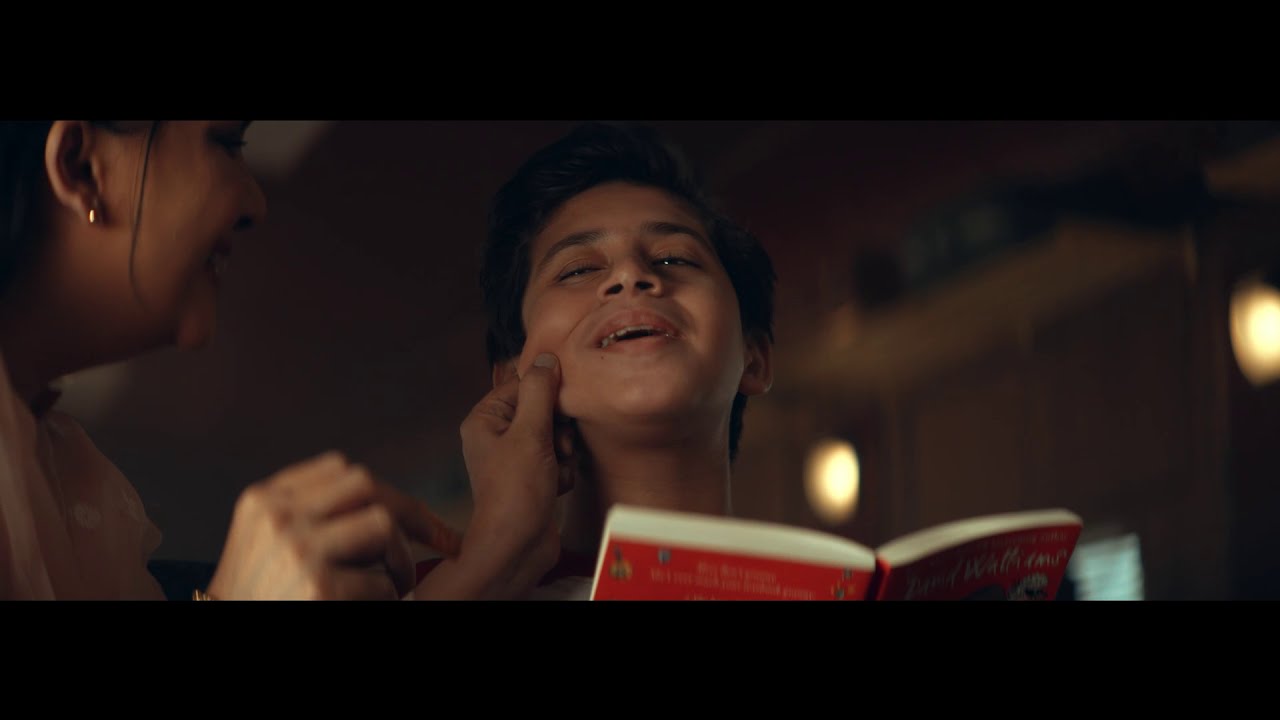 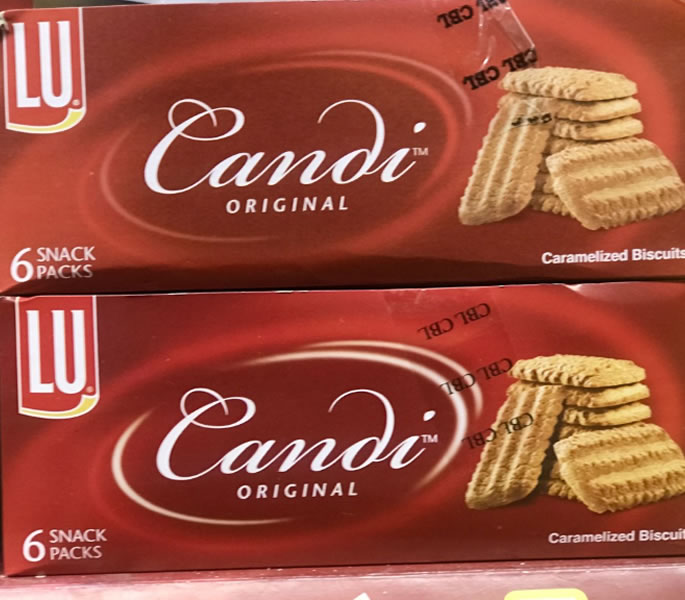 Candi, by LU, are an innovative biscuit brand. It is a crunchy and sweet caramelised brown biscuit.

The brand is in fact the only brown sugar biscuit company in Pakistan.

They are similar in taste to the Belgium Lotus Biscoff biscuits, however, Candi is a little sweeter.

Due to their sweetness, they are the perfect biscuits to use when making different desserts, such as cheesecakes.

Check out one of their iconic adverts: 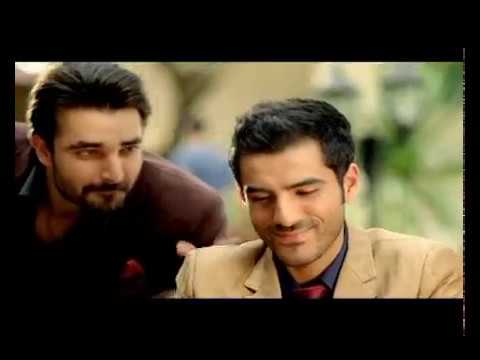 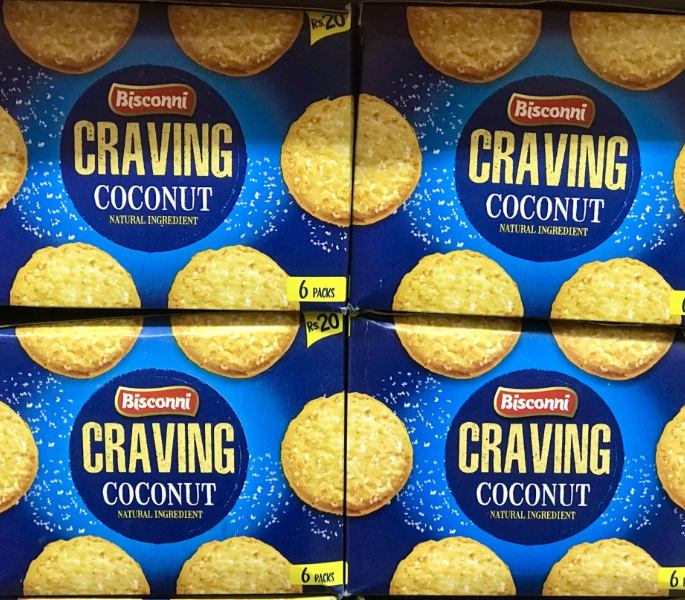 Craving Coconut, by Bisconni, are buttery biscuits that contain large pieces of coconut.

They have a strong coconut aroma, which makes them perfect for coconut lovers.

They retail for Rs. 20, which is equivalent to 9p.

Aside from coconut, Bisconni’s Craving brand also sells flavours such as peanut and cumin seeds.

No matter which one you choose, you can guarantee a burst of flavour. 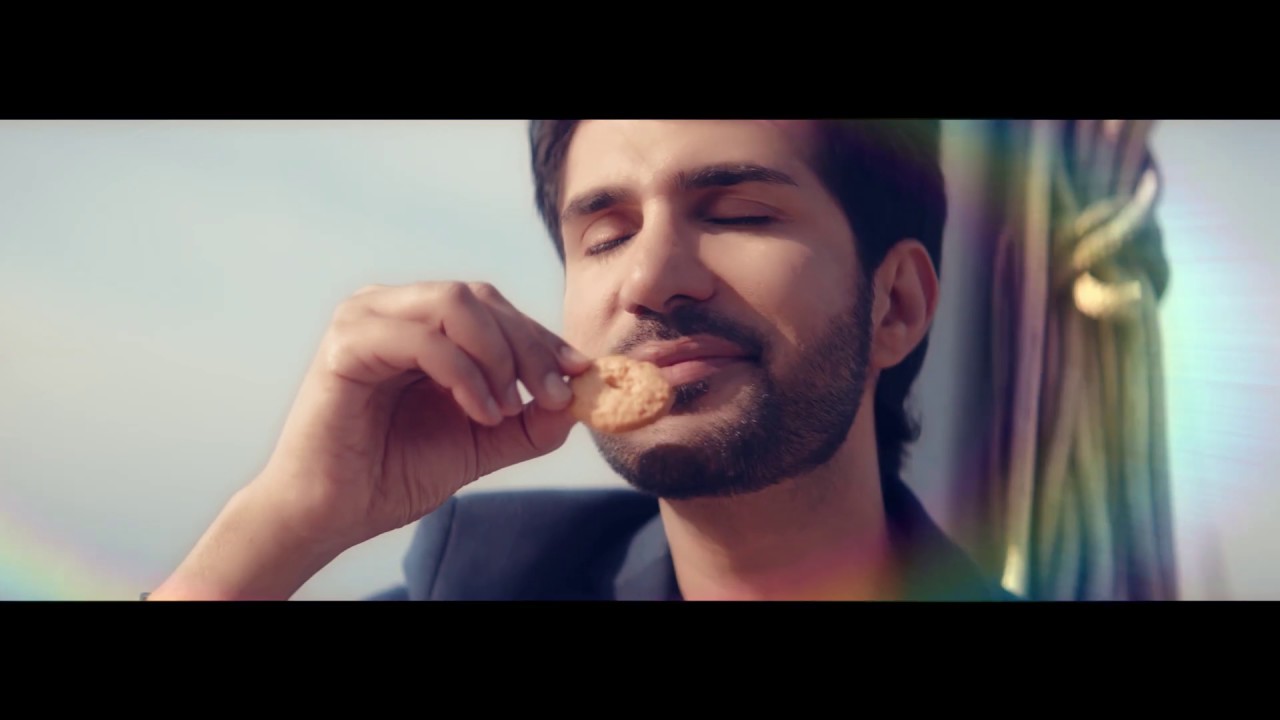 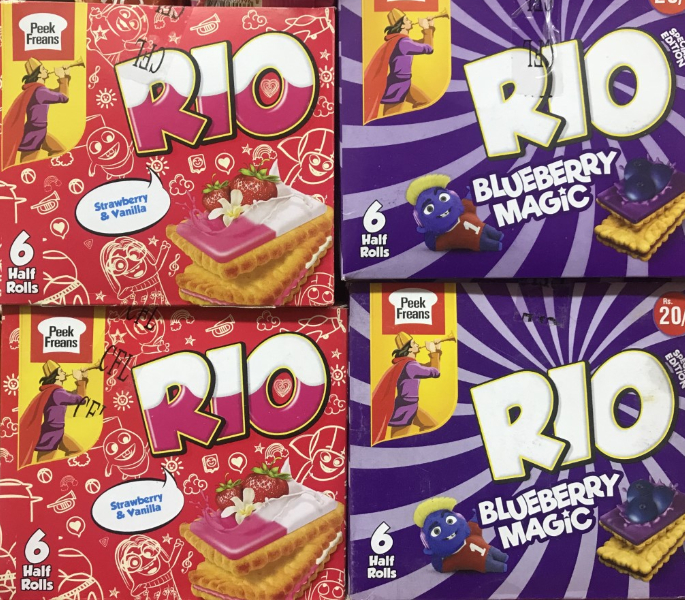 RIO, by Peek Freans, is a fun Pakistani cream-filled biscuit. It was launched in 1995 and has been a firm favourite amongst kids for over two decades.

It contains a sweet cream filling sandwiched between two crispy biscuits. These biscuits are not too sweet, so a great treat for kids.

They come in a range of flavours. Some are fruity while others are more unique.

They retail for only Rs. 20, which is equivalent to 9p. 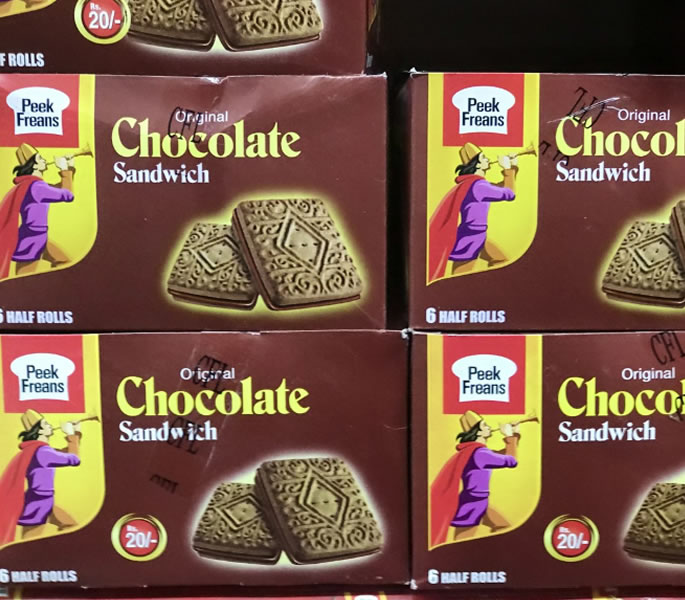 They also have a lemon cream flavour, which was launched in 1973.

The lemon sandwich is Pakistan’s most popular cream biscuit and a classic treat for all ages.

One person said that the lemon flavour is his favourite:

“Most biscuits taste better if you have chai with them, but I like the lemon sandwich biscuits as you can eat them as a snack without chai.” 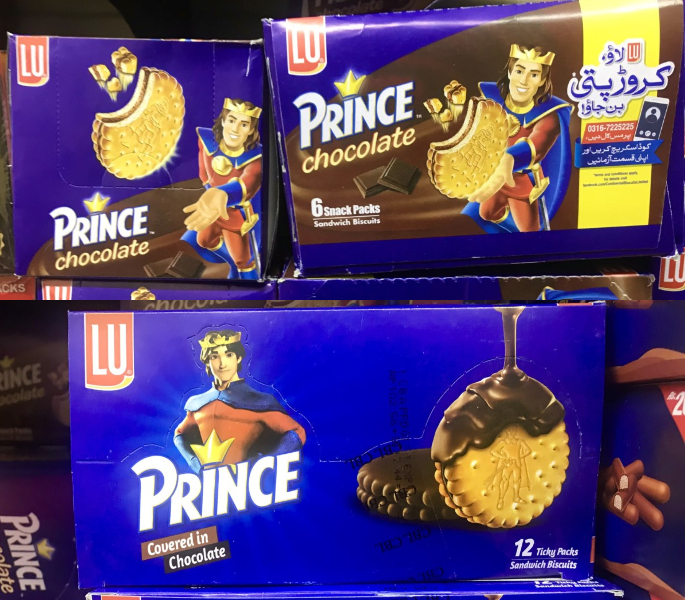 Prince, by company LU, are a premium cream biscuit brand. They are two biscuits, which are sandwiched together by a rich chocolate cream.

“The country’s [Pakistan] largest chocolate cream biscuit, Prince rules the hearts of children all over with its yummy, energy-filled chocolate sandwich biscuits.”

They are a nostalgic Pakistani childhood snack, one man, who moved to the UK when he was young, said:

“Prince biscuits are very nostalgic for me and remind me of when I lived in Pakistan.”

“I still remember the taste; they were my favourite.”

Prince retail for only Rs. 15, which is equivalent to 7p.

The biscuits are also sold in some major UK supermarkets like Asda for £1.

The brand has had a strong marketing presence in Pakistan over the years and they have released many memorable adverts. 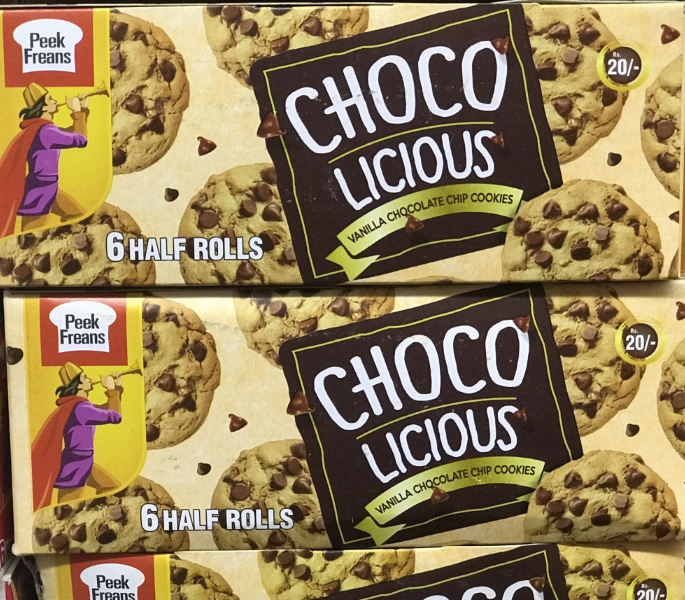 Chocolicious, by Peek Freans, are your classic chocolate chip cookies that everyone loves.

Alongside the chocolate chips, these cookies have a rich vanilla taste to them.

They retail for only Rs. 20 for six cookies. It also comes in a double chocolate chip flavour.

For those who enjoy classic cookies, these are the ones for you.

Check out the Chocolicious advert: 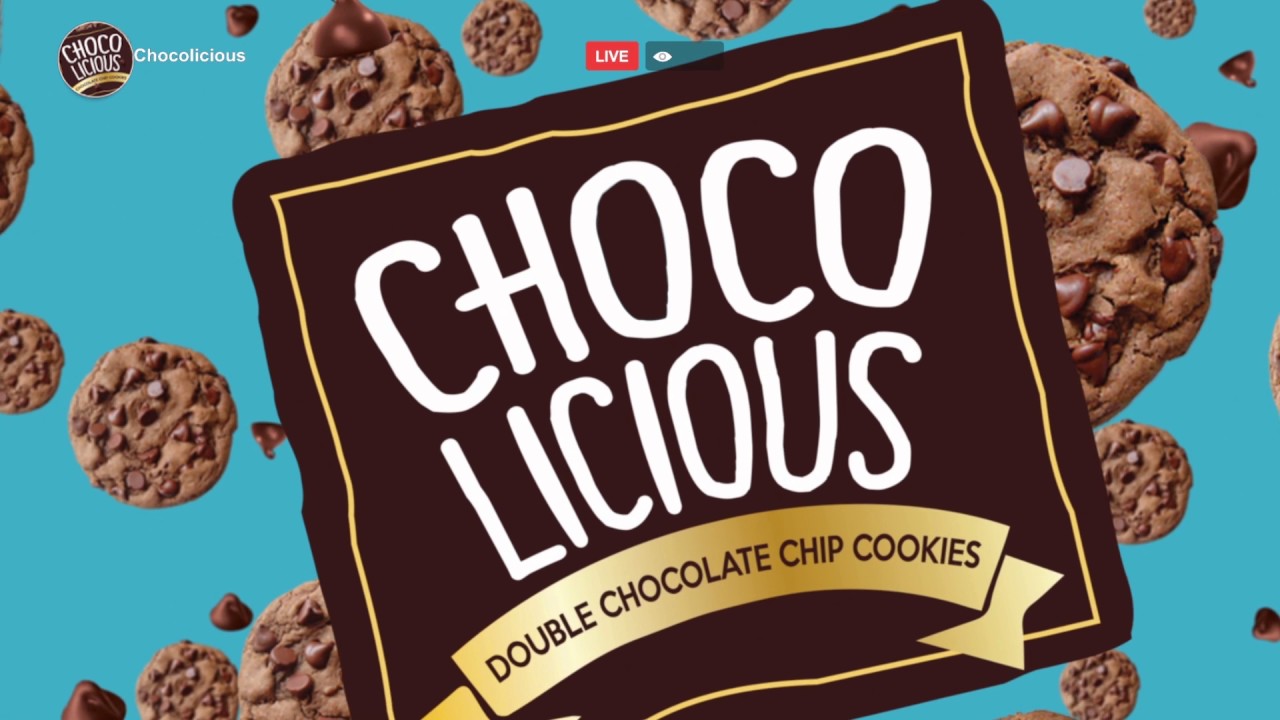 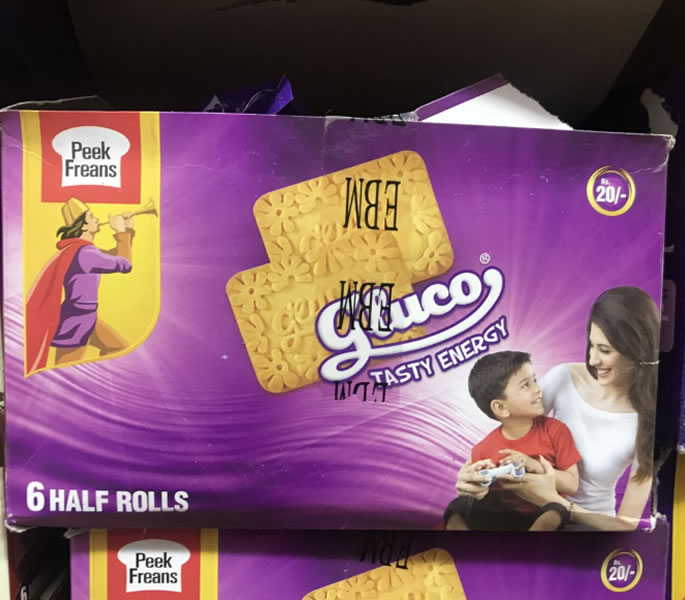 Gluco, by Peek Freans, are nutritious wheat and milk biscuits that are packed with energy for children.

They are a firm favourite among both children and mothers in Pakistan.

In 2020, Peek Freans released a new variation of their classic Gluco –  the Gluco Juniors Animal Kingdom.

The animal-shaped biscuits are packed with nourishment for growing children.

The fun biscuits are enriched with calcium and prebiotics, which aid the growth of strong bones and improve gut immunity.

It contains 21% of a young child’s recommended daily allowance of calcium!

Gluco Juniors are very versatile. They can be eaten as a quick finger food snack or dipped in milk and eaten for breakfast.

The original packets retail for Rs. 5 (2p) for three biscuits, while the Animal Kingdom packet is sold for Rs. 10.

These 15 Pakistani biscuits have immense popularity in the country, sprucing up teatimes.

Some of them are so popular that they have made their way to UK shops and supermarkets.

Promising different tastes and textures, give these biscuits a try.

Nishah is a History graduate with a keen interest in History and culture. She enjoys music, traveling and all things Bollywood. Her motto is: “When you feel like giving up remember why you started”.
Which is the Hottest Chilli Pepper Found in India?
Curry House honoured with own Walkers Crisp Flavour