Britannia’s Little Hearts are instantly recognisable amongst Indians. We explore the history of these beloved Indian biscuits.

One of Britannia's most popular products is Little Hearts.

Little Hearts are the snack that most Indians know about and love.

Heart-shaped, crunchy and sprinkled with sugar, they are a popular snack among Indian people.

Little Hearts were launched in 1993 by Indian company Britannia to target young people and were a completely unique product as it was the first time biscuits were sold in packets like crisps.

There is hardly anyone who does not recognise and adore the iconic heart-shaped biscuits and their trademark gold and red packs.

But do you know about their history?

We explore Little Hearts biscuits and their history in more detail.

The History of Britannia 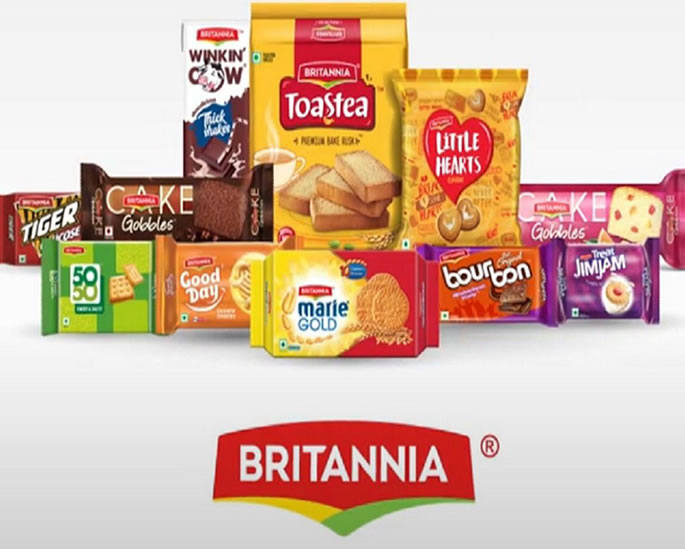 Britannia Industries Limited is an Indian company that specialises in food.

It is part of the Wadia Group, which is headed by Nusli Wadia.

It was founded in 1892 by a group of British businessmen and its headquarters are in Kolkata.

Britannia is one of India’s oldest existing companies and is best known for its biscuit products.

Products are sold throughout India and abroad.

One of Britannia’s most popular products is Little Hearts.

They were launched in 1993 to appeal to a younger market and they did with the biscuit’s sugary taste and crunchy texture.

Chocolate and Sesame were flavours released in the past.

Little Hearts Strawberry are currently the other flavour on offer and they have a sweet strawberry flavour. 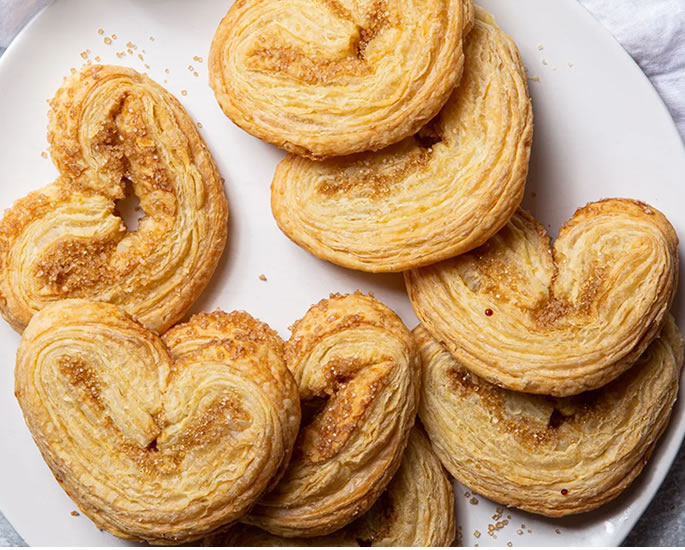 While Little Hearts are a biscuit product made by an Indian company, they bear a striking resemblance to palmiers.

Also known as a pig’s ear, palm heart and elephant ear, palmiers are a French pastry that was invented at the beginning of the 20th century.

They are made from puff pastry but without yeast.

It is then rolled out, coated with sugar, and then the two sides are rolled up together so that they meet in the middle. In some cases, they bear a heart shape, similar to Little Hearts.

They also have a similar crunchy texture to the popular Indian biscuits.

LU is perhaps the best-known company that sells palmiers, selling its take on them called Palmito.

Here is a simple recipe on how to make your own palmiers.

The Popularity of Little Hearts in India 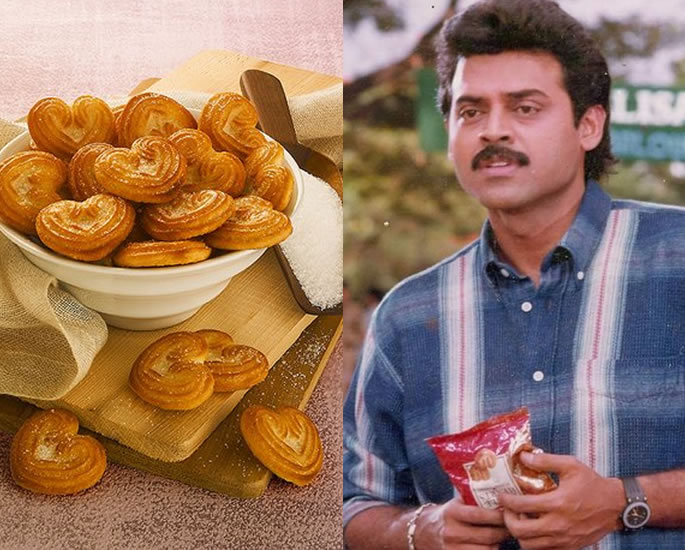 Little Hearts may have been created by an Indian company but it continues to remain popular in a number of ways.

Little Hearts is even featured in the Telugu film Preminchukundam Raa, with Daggubati Venkatesh using the snacks to win over his love interest.

In the film, his character Giri is smitten with Kaveri but she is not interested in him.

In order to win over her heart, Giri goes to a shop and buys a pack of Little Hearts. He later places them on Kaveri’s bike.

It is a famous scene and one which many fans still talk about.

There are some people who associate Little Hearts with Preminchukundam Raa.

One person said about the scene: “A standard expression of victory, we fell in love with this for a long time.

One loved the combination of the “greeting card with Little Hearts” in order to impress his crush.

Another recalled: “The last time I felt genuine peace was in 2006 when I sat in Cubbon Park with my dad and ate two packets of Britannia Little Hearts.

A Twitter user pointed out the nice gesture in the film and wondered why everyone cannot be “sweet”.

The netizen wrote: “The way all the little hearts in Britannia’s Little Hearts are sweet, why can’t all our little hearts be sweet in real life?”

This prompted a reply from Britannia, saying: “Great thought!”

As well as featuring in Preminchukundam Raa, the sweet taste of Little Hearts helped them to become a household snack in India.

Although they were targeted at the younger generation, Little Hearts are loved by all generations.

Little Hearts remain a popular biscuit throughout India and their similarities to French palmiers showcase the integration of cultures.

They remind us of the fact that Indians love to sample different cuisines and cultures.

Little Hearts will always be Britannia’s sweetheart of India that will never be forgotten by the people in
the country.

While the original remains a classic, other flavours are the reason why more people continue to be drawn to this snack.

But it is the sweet crunchiness that will continue to remain popular amongst biscuit lovers in India and across the world.

Ankita is an Arts and Lifestyle Journalism student. She loves writing about culture, gender and sexual health. Her interests are art, books and documentaries. Her life motto is "what you seek is seeking you”.
10 Citrus Fruit Indian Cocktails to Make
Steven Gerrard enjoys Prawn Curry at Asha’s in Birmingham