Why You Should be Eating Honey

For centuries, honey is said to have health benefits for the whole body, from helping with allergies to alleviating skin conditions. DESIblitz explores the reasons why you should eat honey.

"A common theory is that honey acts like a natural vaccine."

Honey has been known to be a treasure chest, filled to the brim with hidden nutritional and medicinal value for centuries.

The many antibacterial and antifungal properties found in honey have been found to be used since the times of Ancient Egypt.

It is commonly known that honey contains a variety of vitamins and minerals, depending on the type you have (whether it’s raw, organic or processed). Commonly the product contains calcium, iron and vitamin C.

The benefits of this liquid gold are not only limited to health and beauty, but in fact are said to help the whole body.

DESIblitz explores the many healthy ways that honey can help heal all sorts of ailments, and why you should be eating it a lot more.

Honey’s anti-inflammatory effects have long been used to help soothe coughs and sore throats; however some say it can also help reduce the symptoms of seasonal allergies.

Dr Matthew Brennecke, a board certified naturopathic doctor, practicing at the Rocky Mountains Wellness Center in Fort Collins, told Medical Daily: “A common theory is that [it] acts like a natural vaccine.” 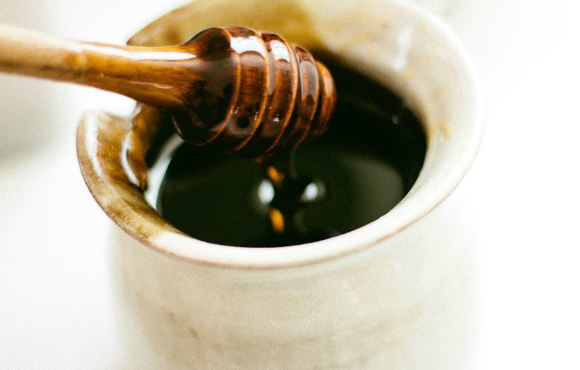 “This is due to that fact that it contains small amounts of pollen, which if the body is exposed to small amounts of it, it can trigger an immune response that produces antibodies to the pollen.

“After repeated exposure, you should build up these antibodies and the body should become accustomed to their presence so that less histamine is released, resulting in a lesser allergic response.”

Honey is an excellent source of all-natural energy. Ancient athletes would eat this and dried figs as they believed it would enhance their performance.

This has now been verified with modern studies, showing that it can maintain glycogen levels and improve recovery better time than other sweeteners.

At just 17 grams of carbohydrates per tablespoon, this natural unprocessed sugar can directly enter the bloodstream and can deliver a quick boost of energy.

The rise in blood sugar acts as a short-term energy source for your workout, especially in long endurance exercises.

Sleeping problems are a common annoyance of the 21st century; thankfully honey can be used as a health aid for sleepless nights.

Similar to sugar, honey can cause a rise in insulin and release serotonin which is a neurotransmitter that is known to improve mood. 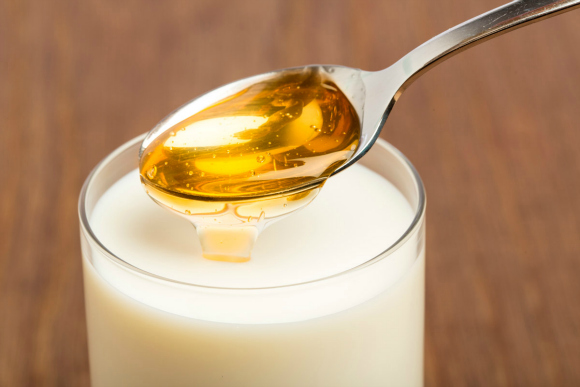 Try the famous milk and honey tip. Before going to bed, take glass of warm milk and mix it with a spoon of pure honey.

Traditional Chinese Medicine also advises drinking a cup of honey water before bedtime as it works like a tranquiliser and sedative for those who are suffering from insomnia.

Honey had been long used to fight infection until the 20th century, when penicillin took over as the ‘go-to’ remedy. However, its antibacterial properties are in fact a gold-mine when it comes to fighting off infection and disease.

In 2010, scientists from the Academic Medical Center at the University of Amsterdam reported in FASEB Journal that honey’s ability to kill bacteria lies in a protein called defensin-1.5.

Some studies have revealed that a certain type of honey, called ‘Manuka honey’, may even be effective for the treatment of MRSA infections.

And that’s not all this natural product is good for. As well as being ingested as a food substance, you can also use honey externally as a natural product.

Here are some great external benefits:

Dandruff and scalp conditions can be irritating and embarrassing to some, and although off the counter treatments are available, they can have an extremely drying effect.

Honey can be used to treat dandruff due to its antibacterial and antifungal properties, as dandruff and seborrheic dermatitis are often caused by an overgrowth of fungus on the scalp.

“Honey also has anti-inflammatory properties, which address the redness and itching on the scalp,” Brennecke says. 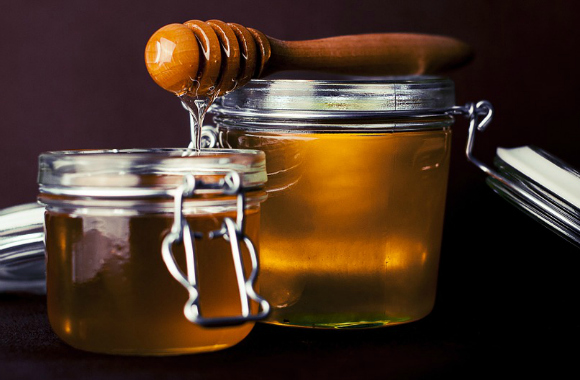 Simply wet your hair, and apply a mixture of raw honey diluted with water. Massage into scalp for 2-3 minutes, then let it sit for three hours while you catch up on your favourite show or movie.

Rinse with warm water. Repeat this process twice a week until the dandruff is gone.

Honey is a great natural antibiotic that can work well externally. It can be used conventionally to help wounds by disinfecting the cut or soothing a burn.

Many studies have confirmed these properties help in promoting autolytic debridement, deodorising wounds and helping the cut or burn heal faster through stimulating wound tissue.

A 2005 study published in the British Journal of Surgery found all but one of patients who suffered from wounds and leg ulcers, showed remarkable improvement after applying a topical application of honey.

It has been utilised for its many properties for over 2,000 years, and it’s safe to say that this alternative method of treatment is actually highly effective.

From treating allergies, to soothing wounds and infections, honey is packed with many different ways to help heal the whole body.

Fatima is a Politics and Sociology graduate with a passion for writing. She enjoys reading, gaming, music and film. A proud nerd, her motto is: "In life, you fall down seven times but get up eight. Persevere and you’ll be successful."
5 Healthy Alternatives to Roti
Why Green Chillies are Really Good for You