New immigration rules have been introduced in April 2015 for visa applicants outside of the UK. Find out more about IELTS, the newly approved language exam.

"The UK is open for business, tightening visa routes open to misuse in the past."

The UK government is cracking down on immigration loopholes by introducing a new English language test from April 2015.

Visa applicants are now required to take the International English Language Testing System (IELTS) as part of the application process.

But any approved SELT exams taken before April 6, 2015 will still be accepted.

The new test is primarily directed towards UK visa applications made from outside the UK.

Those affected are primarily student, workers and those looking to settle in the UK.

IELTS replaces the examination bodies below, which are no longer approved by the UK government as Secure English Language Testing (SELT).

Trinity College London will be the new designated SELT test provider for UK visa customers applying from within the UK.

Here is what you need to know about IELTS:

Aimed for those looking to study undergraduate and postgraduate degrees as well as joining professional associations and organisations (medical/nursing/accounting).

Amied for students studying below degree level (secondary/college education), as well as those looking to migrate to the UK.

Listening, Reading and Writing tests are taken one after another on the same day. The Speaking test can be taken seven days before or after.

Questions can be answered in the order suitable to each applicant with amendments to be made possible whilst taking the Reading and Writing tests.

ALL applicants take the same Listening and Speaking tests. 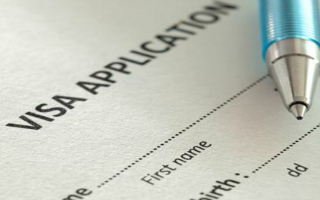 This tougher stance comes after a Home Office review, triggered by a BBC Panorama investigation in February 2014.

Many were non-English speaking students who were offered a ‘guaranteed pass’ for a £500 fee.

The problem of outsourced exam centres has also been addressed by the Home Office, with Trinity College London forming a chain of exam centres which can be transparently monitored.

The UK government has acknowledged its past failings, stating: “The changes aim to ensure that the UK is open for business, while tightening some of the visa routes which were open to misuse in the past.”

IELTS currently operates 80 test centres in India, 11 in Pakistan, 8 in Bangladesh and 4 in Sri Lanka. 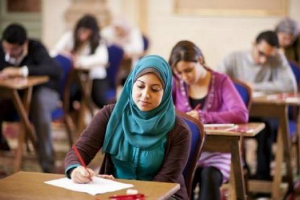 It is a globally recognised SELT that has been used by the USA and Australia for over 25 years.

The question may be therefore raised as to why the UK Home Office did not embrace IELTS until now.

Why did it take an undercover investigation to discover the Home Office’s shocking failings that went undetected for so long?

With the arrival of IELTS, the UK visa application system should be more robust and capable of identifying potential abuse of the process with ease.

The Home Office can no longer brush its past mistakes under the carpet at the expense of its former SELT members.

Bipin enjoys cinema, documentaries and current affairs. He writes silly rhyming poetry when free, loving the dynamics of being the only male in the household with his wife and two young daughters: “Start with the dream, not the barriers to fulfilling it.”
IM2 National Community Inspiration Awards 2015
UKIP Candidate threatens to ‘kill’ Asian rival