Punjabi Brother and Sister get ‘Married’ for Visas

A Punjabi sister and brother fully got married with a court registration as part of a scam they created to obtain Australian visas.

"Something like this, a brother and sister marrying, is a first"

Further to Indian police investigations, in a shocking case, it’s been discovered that a brother and sister from the village of Balianwali in Punjab, actually got married in order to get visas to migrate to Australia.

This illegal immigration scam describes the kind of desperate methods being used by would-be migrants trying to leave India, especially Punjab, for a ‘better’ life abroad.

The case is being described by media as Punjabi youth’s “passion and madness” to “live in a foreign land”.

Police questioned six people in Balianwali village is known to be one of the larger villages in Punjab. They found that a number of similar scams originating from the same village.

Inspector Jai Singh of Punjab police described this particular scam involving the girl, whom he knew, and her brother involving fake documents.

A cousin female of the pair had her immigration documents approved by Australian immigration authorities because she had an Australian visa. Her documents were then used by the brother and sister for the scam. Singh said:

“With those forged documents, they (brother and sister) married and the marriage has been registered in court.”

After marrying, the brother then managed to travel to Australia on a spousal visa, acting as the sister’s husband with her presenting herself as the cousin.

To enter the country as husband and wife, they also used black market services in Punjab to get fake passports and additional falsified documents.

“They have cheated the social system, legal system and religious systems, all for the craze, wish and desire to go abroad.

“We are conducting raids but they are on the run and we have not been able to arrest anyone.”

Inspector Singh conveyed that he had heard of many scams but this one stood out and said:

“Something like this, a brother and sister marrying, is a first, and now it has come in front of our eyes we are all surprised and shocked.”

A police case has been registered against six people and arrests are being made as the investigation proceeds into these immigration scams. 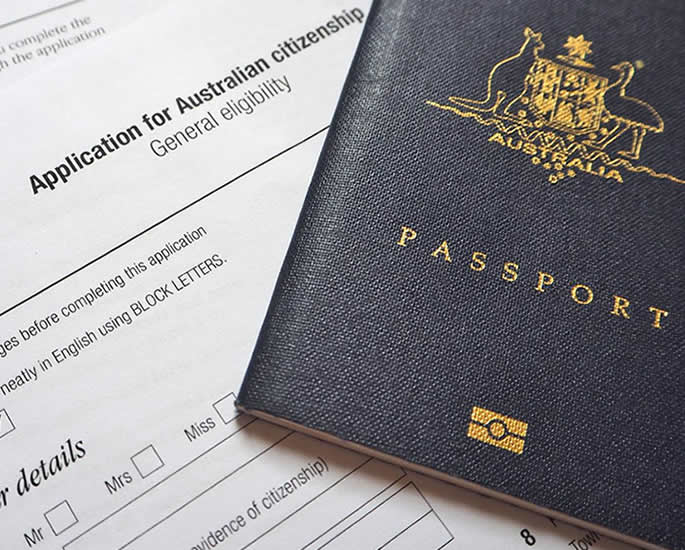 According to ABS statistics, since January 2000, 291,916 Indian-born migrants moved to Australia. While 56,000 arrived on family visas, the majority of them, 234,395 entered the country on skilled visas.

However, the growth of sham marriages in Punjab to migrate to Australia is becoming a major issue of concern.

These young Punjabi women are being labelled as ‘IELTS brides’.

The women can get easily student visas to Australia and are, therefore, targeted by Punjabi men who are marrying them with deceit.

The men are having marriage ceremonies where they are even having dowries from the girl’s family and then travelling as the husband ahead of their wives.

However, once in Australia, the ‘husbands’ soon flee, leaving the brides with no support and the families with the cost of the weddings back in Punjab.

New legislation by the Australian government under the Family Violence Protection and Other Matters Bill 2018 aims to tackle the growing sham marriage situation.

It states that anyone using “using coercion, threats, physical abuse or emotional or psychological abuse to demand or receive a dowry, ­either before or after a marriage,” is being banned from the country.

The Home Affairs Department commented on the move saying:

“sham marriages … are willingly entered into by both parties for fraudulent purposes, for example, to obtain an Australian visa. All identity documentation provided with visa applications is thoroughly checked … and, where necessary, verified with relevant authorities in the issuing country.

“But the department has no control over genuine passports issued by foreign governments which may have been issued based on fraudulent documents.”

As a deterrent, any applicant trying to enter Australia who uses a false identity as part of their visa application, will not be given one for 10 years.

Would-be migrants from Punjab are using all kinds of illegal methods possible to ‘escape to a better land’, be it sham marriages to using agents who take money to help them ‘get through’. But a marriage involving a sister and brother, sets a new precedence in scams.

Images for illustration purposes only.