Why do Bollywood Movies always have Songs?

"I just absolutely love some of the songs they bring out."

There is a clear dividing line between Hollywood and Bollywood when it comes to differentiating between the two.

The most prominent difference of all is that Hollywood movies are usually full of action. Whereas, in Bollywood movies, music and dance dominate the movie.

However, if the Hollywood movie industry does want to produce songs, they will produce a musical instead.

The reason why the Hollywood industry does not produce many musicals is that they do not gain as much popularity. They were much more popular in the 40s and 50s.

This is mainly because there is a specific target market in each country for songs and musicals. This implies that India is a nation that enjoys seeing music and dance in Bollywood movies.

DESIblitz will discuss the top five reasons which will clarify why Bollywood films contain songs.

An Alternative to Intimate Scenes 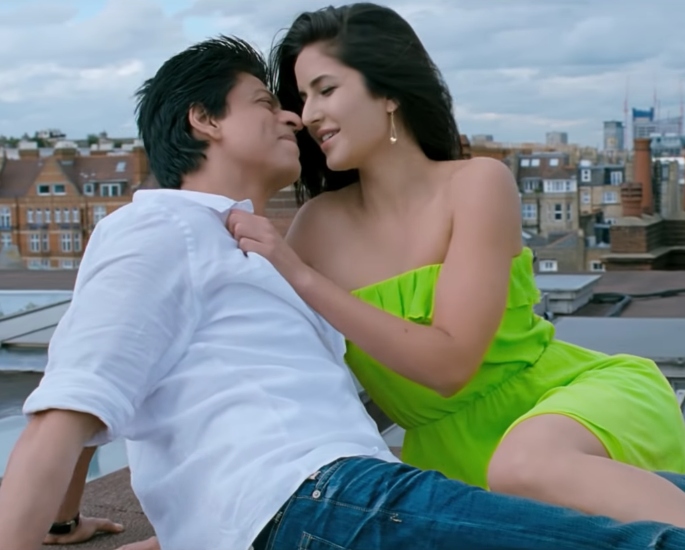 Public obscenity is something the Indian culture frown upon. This leads Bollywood movies into using songs to compensate for the absence of intimate scenes.

There are specific points in movies where the filmmakers want to convey the love between the characters, therefore, this is the most ideal time for songs.

Stereotypically, if the movie is based on the genre of love a song will be placed at the time when the two lovers meet for the first time. This instantly ignites their love story and gives the viewers the implication that they will fall in love.

Although public displays of affection and intimacy are looked down upon in India, in the 21st Century, Bollywood movies are becoming much more liberal.

There is a fair share of scenes in Bollywood movies with very intimate songs. During the songs, the two actors will dance in a way that was forbidden many moons ago.

Though the Bollywood industry is beginning to promote on-screen affection between the characters, there remains a line they do not cross. 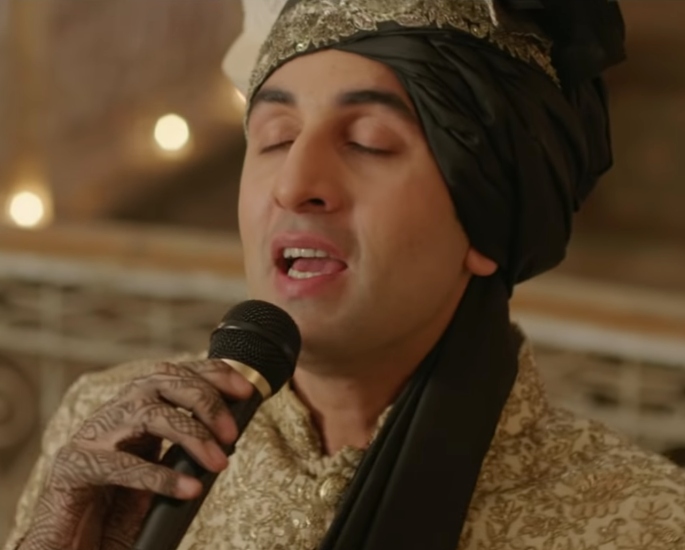 Another reason to include songs is to exaggerate feelings and emotions to connect with the audience.

Sad songs, motivational songs and item songs are good examples of this.

For instance, the majority of Bollywood films contain at least one item song. They use them to lift the mood of the viewers and to entice them through their exquisite dance moves.

Item songs such as ‘Laila Mein Laila’ from Raees became a hit in 2017. The Badshah of Bollywood Shah Rukh Khan and Sunny Leone performed in this song.

This item song gave the film a massive boost as well as making Sunny Leone one of the most famous item girls in Bollywood.

On the other hand, sad songs create a connection between the viewers and the characters. When the producers and directors want their viewers to sympathise with the characters, they will create a mellow song for a specific scene.

For example, in the Bollywood movie, Ae Dil Hai Mushkil (2016) the heartfelt song ‘Channa Mereya’ was created. They played the song when the lead actress (Anushka Sharma) married another man instead of the protagonist (Ranbir Kapoor) who was deeply in love with her.

A song that links to a situation like this in a Bollywood movie instantly brings tears to the eyes of the viewers. As well as sympathising with the characters, the viewers also create a stronger connection with them through the song. 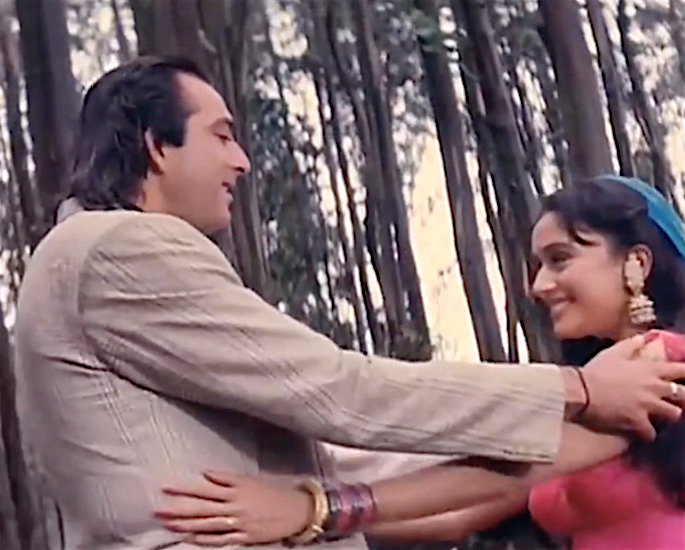 When India first began to produce movies, they realised that their viewers longed for music and dance in them.

This is because viewers were used to seeing music and dance forms in theatre performances. As a result of this, they expected there to be songs in Bollywood films too.

Initially, songs and poetry were used in movies to draw the viewers towards the film. However, as years went by songs became difficult to separate from Bollywood movies.

Seeing music and dance in theatres and shows was a way of life in 20th Century India. Many couples and families would go to the theatre to enjoy a show with songs as a means of escaping reality.

Imagine if a Bollywood movie was to be produced without any songs, there will most definitely be a drop in the number of viewers and box office ratings.

After all, watching a Bollywood movie without songs is like reading a book without any pictures!

One of the first questions that are asked when the rumour of a new Bollywood movie is spread is, “what songs does the film have?”

“Every time I hear a new Bollywood film is coming out, the first thing I do is go to YouTube and search which songs the movie has.

“I just absolutely love some of the songs they bring out, especially the more romantic types.” 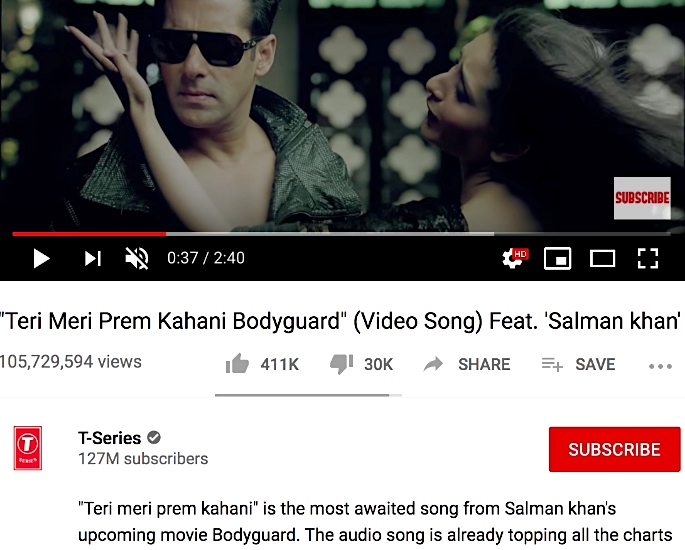 Bollywood movies contain songs because stakeholders admire this practice as it is commercially profitable. Music and songs are often released before the film hits the big screen.

The early release of music and songs help filmmakers attract attention and hype towards their upcoming film and, in turn, earn a profit.

The more popular the song, the greater the overall merit for the film.

What is interesting is that even if a filmmaker releases a low-rated movie but it contains songs that are hits, the movie will automatically become a hit.

An example of this is the movie Bodyguard (2011) which features the song, ‘Teri Meri.’ This song was a huge hit when it was released even though the movie is rated a mere 4.6/10 by IMDb.

Many TV channels such as B4U Music and Zee TV constantly play new releases numerous times a day. This promotes the film and enables viewers to create covers and dance performances.

Many songs that are used in Bollywood films are then played at many weddings and celebrations internationally. Dancers follow the dance steps used in the music video in the movie and perform them in front of audiences. 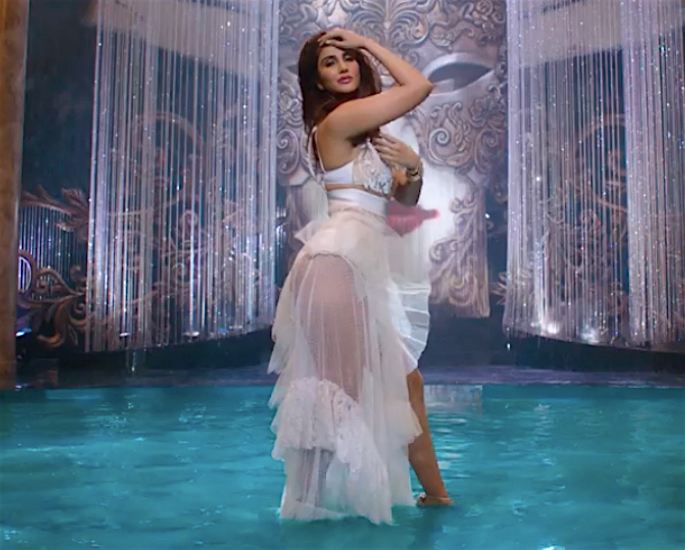 Over time, Bollywood viewers have developed a unique taste to admire songs. Viewers assess the upcoming movie with the music and songs that are released.

They enjoy songs during the film and later revisit the songs and will most likely download them when they get home.

The song will be replayed over and over again, increasing the sales of the movie.

With hundreds of Desi couples getting married during the course of the year, movies are obliged to release big hits.

Almost every Bollywood movie will consist of at least one romantic, light-hearted song. This song, if it becomes popular, will be used by many brides and grooms as their entrance song.

Dance numbers are also mainstream among Desi weddings which they often play at the end of the night when the guests are on the dance floor.

Moving away from specifically Bollywood movies, there are also examples of popular songs that are not from movies.

One example of this is ‘Filhall’ (2019) by B Praak. Even though this song is not from a Bollywood movie, it still involves the Bollywood actor, Akshay Kumar in the music video. This heightens the appeal of the song.

Many Desi people from all over the world adore songs from Bollywood films and are always on the search for new, upcoming music.

The link between songs and Bollywood movies is so strong and has been for several years. The bond is truly inseparable!

Suniya is a Journalism and Media graduate with a passion for writing and designing. She is creative and has a strong interest in culture, food, fashion, beauty and taboo topics. Her motto is "Everything happens for a reason.”
Sana Khan reveals Why She Broke up with Melvin Louis
Actor Shahbaz Khan charged for alleged Molestation of Girl