Sana Khan reveals Why She Broke up with Melvin Louis

Sana Khan recently broke up with her partner of one year, Melvin Louis. The star has revealed the reason behind their shocking split.

"God has saved me from this toxic relationship.”

Actress and former Bigg Boss 6 contestant Sana Khan has confirmed the rumours of her breakup with dancer Melvin Louis and has also revealed the reason behind their split.

Despite speculations that the couple had split up in December 2019, they squashed all rumours as they celebrated New Year together.

However, now it seems Sana has called it quits on her one-year-long relationship with Melvin after discovering he cheated on her.

According to an interview with the Times of India, Sana confirmed the news of her break up with Melvin. She said:

“I broke up with Melvin because he was cheating on me. I had loved him with all my heart and was committed to him.

“What I got in return has disturbed and shaken me. I have developed anxiety issues and I am dealing with depression ever since.” 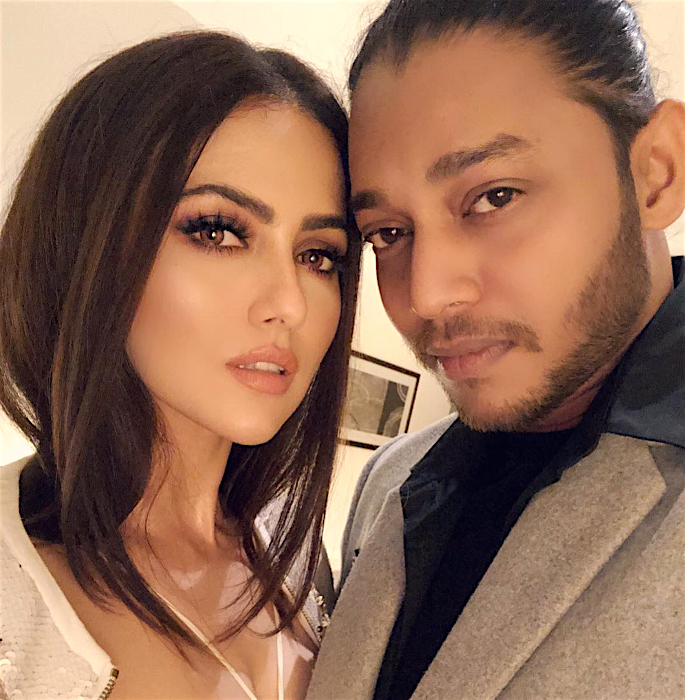 Sana continued to explain how she discovered that he had been cheating on her. She revealed:

“A few days ago, I felt that he was up to something. Since I had my doubts, I took his mobile phone which he snatched back from me and started deleting messages.

“That’s when I realised that whatever people told me about him was true and I ended the relationship.”

Sana went on to mention that her ex-boyfriend has already moved one. She said:

“In fact, I have come to know that he has already moved on with someone else. I know who the girl is but it’s not right on my part to reveal her name.”

Sana Khan revealed that she first doubted Melvin in September 2019. She stated:

“I was unwell but he was barely concerned. I would go around hiding my face with my hair but he was never by my side.

“I am happy that God has saved me from this toxic relationship.”

She further added: “I may have walked out of the relationship physically but mentally and emotionally I am still in it.

“I wanted to marry him. I don’t think I can trust any man now.”

There is no doubt Sana Khan was madly in love with Melvin. For his birthday in April 2019, Sana expressed her feelings in a series of Instagram posts. She wrote:

“I never knew I could love someone this much until I met you. Some people search their whole lives to find what I found in you, I fall for you every day every minute.

“You make me a better person Mel (Melvin) there are so many good things I’m learning from you every single day.

“Words will never be enough to express my love and gratitude towards you. I’m super lucky to have you in my life.

“Thank you for choosing me I love you forever. Happy birthday my love.”

Despite her love and commitment, Melvin has allegedly cheated on Sana. As of yet, Melvin has not responded to the allegations.

Ayesha is an English graduate with an aesthetic eye. Her fascination lies in sports, fashion and beauty. Also, she does not shy away from controversial subjects. Her motto is: “no two days are the same, that is what makes life worth living.”
Indian Censors slash Intimate Scenes from ‘Love Aaj Kal’
Why do Bollywood Movies always have Songs?