Actress Rubina Bajwa is adored by her fans for her graceful acting skills. Rubina exclusively chats to DESIblitz about her career and personal relationship.

Canadian-born Indian actress and model, Rubina Bajwa began her acting career in Punjabi cinema with the film Sargi, in 2017.

Since her acting debut, Rubina has gone on to give stellar performances in films like Laavan Phere (2018), Laiye Je Yaarian (2019) and Munda Hi Chahida (2019).

She captivated audiences with numerous charismatic performances, which helped her accumulate a loyal fan following. 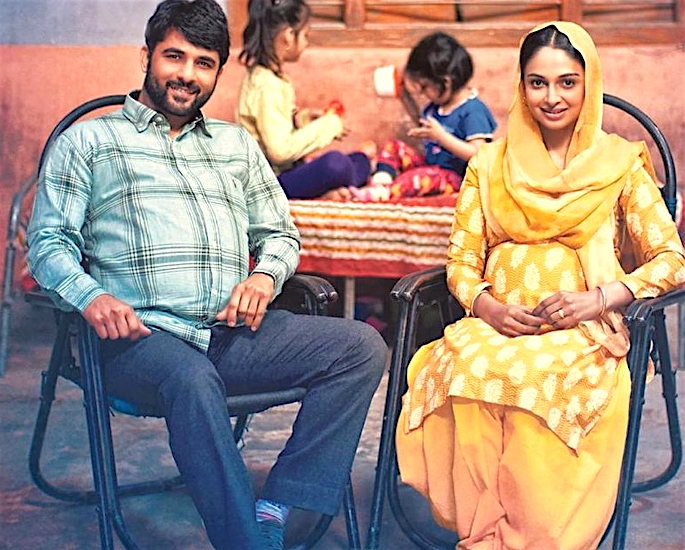 The Punjabi film industry is growing in popularity both at home and internationally.

Punjabi films were once overshadowed by the reign of Bollywood.  However, they have created their own niche in the world of cinema.

We asked Rubina for her thoughts on Punjabi cinema today and whether it is going in the right direction. She stated:

“Yes, Punjabi cinema is on the rise as we can see the box office collections.”

Despite being an actress, Rubina disclosed to us that it was not her initial plan. “[I] never wanted to become an actress but always enjoyed watching films.”

Rubina revealed when she first realised of wanting to become an actress:

“Being on set, watching my sister (Neeru Bajwa), the acting bug bit me.” 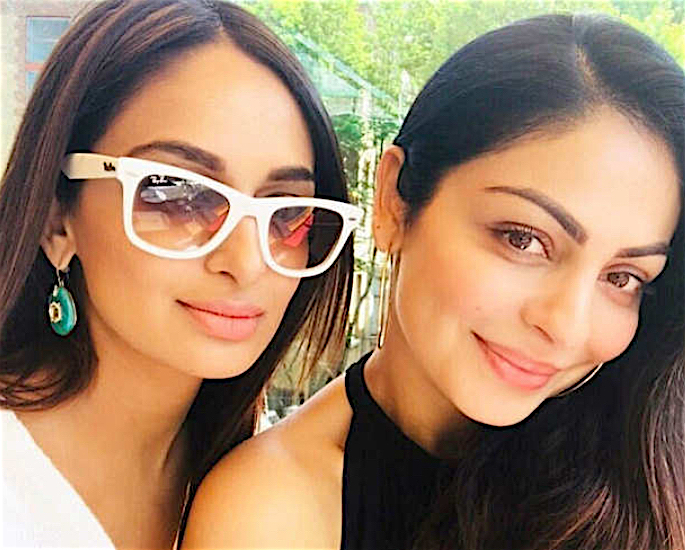 Rubina Bajwa further recalled a time when her sister, Neeru Bajwa asked whether she was interested in becoming an actress:

“I remember Neeru asked while she had to come to shoot Jatt and Juliet (2012) if I wanted to get into acting but only if I am ready to give it full attention.”

It is clear the two sisters share a loving and respectful bond. But how exactly has Neeru supported Rubina on her journey? Rubina explained:

“Neeru has always supported me in life, we are sisters and she has always been there for me emotionally.

“She has always given her opinion on everything in life when I ask.”

Rubina is selective with her films and she particularly states that it is “the script” alone that determines whether she wants to be a part of the project.

Love is in the Air 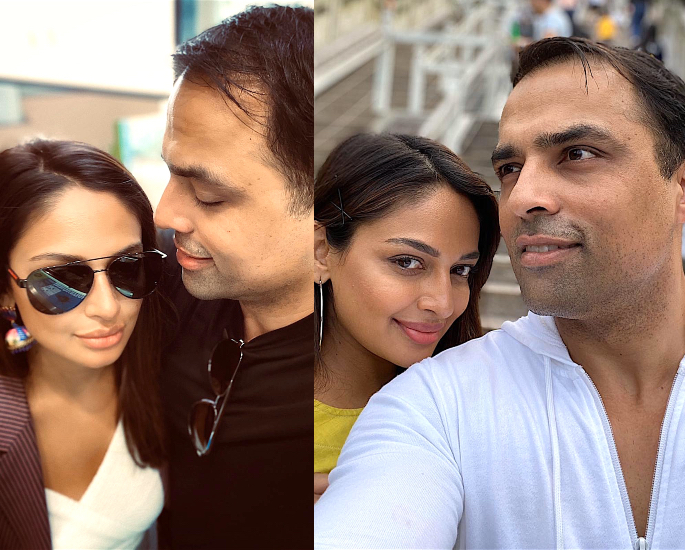 Rubina Bajwa went on social media to share the news that she was in a relationship with Gurbaksh Singh Chahal.

Typically, celebrities are often spotted with their significant other by paparazzi before they make their relationship official.

Then begins the numerous speculations regarding their personal lives by fans and media.

Rubina did not conform to this, rather the actress made her relationship officially known on Facebook.

Rubina proudly mentioned on her official account that she was “in a relationship with Gurbaksh Singh Chahal.”

We asked Rubina, what promoted her to take the initiative to publicly announce her relationship. In response she said:

“Gurbaskh is a very important person in my life and I share a very close bond with him.

“I didn’t feel the need to hide him because he is a positive influence in my life and he means the world to me.” 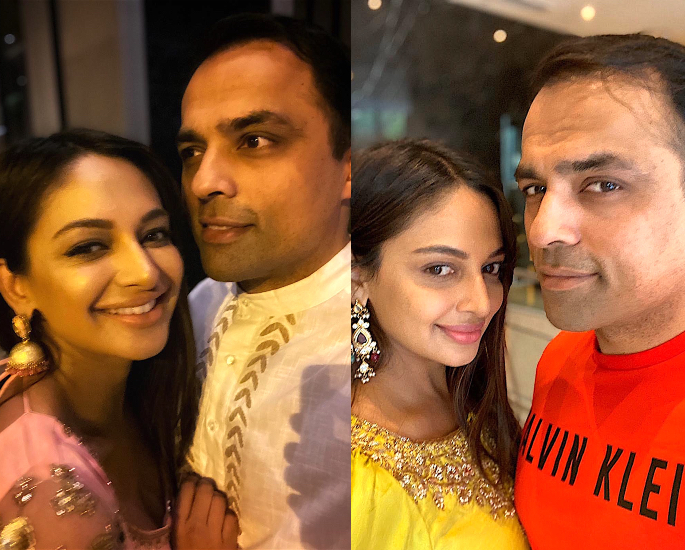 Gurbaksh is a successful entrepreneur, author and philanthropist.

Rubina continued to mention that“his heart” made her fall in love with him as well as his loving nature. She expressed:

“He’s very pure. He’s a committed individual whether it’s for his work, family or me.”

Rubina as a doting girlfriend went on to express how Gurbaksh surpasses all the qualities one would want in a partner. She said:

“Higher than my expectations. He’s a dream. Very loyal, respectful and above all himself which I love because he is a loving soul.”

Every love story begins with an initial interaction. In reply to a question regarding how the couple met, Rubina tells she took the first step:

“I’ve had the biggest crush on him for so long. One day I just decided to pull a Nick Jonas and message him. I’m glad I did.” 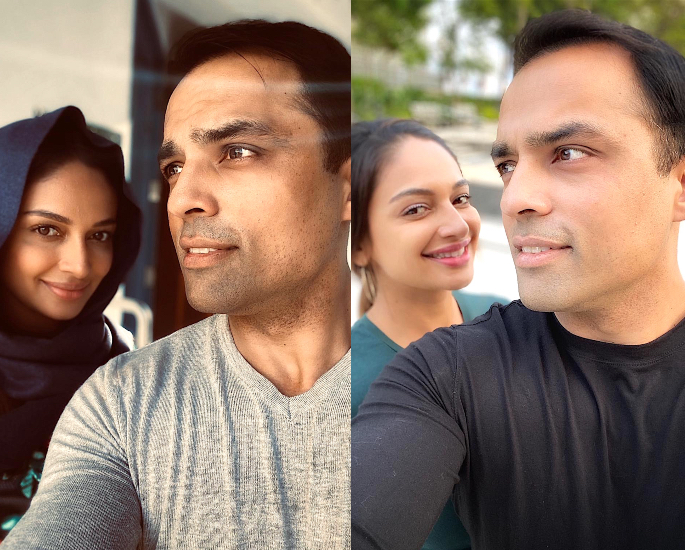 It is heartwarming to see such a loving and admirable couple. Their love for one another is certainly praiseworthy.

Rubina Bajwa is enjoying the success of her on-going career. Amidst the attention and glamour, Gurbaksh keeps her grounded. She says:

“He keeps me very well on my toes he’s so grounded himself. He’s simple but loves in a grand way.”

According to Rubina, besides being an adoring and devoted partner, Gurbaksh supports her career.

“He’s supportive and always likes to see what I’m doing when at a shoot.”

Munda Hi Chahida is a satirical comedy film that highlighted the patriarchal system of Indian society. Typically, a son is considered to continue the family name.

However, the film successfully showcased how a girl can carry forward the legacy of a family. 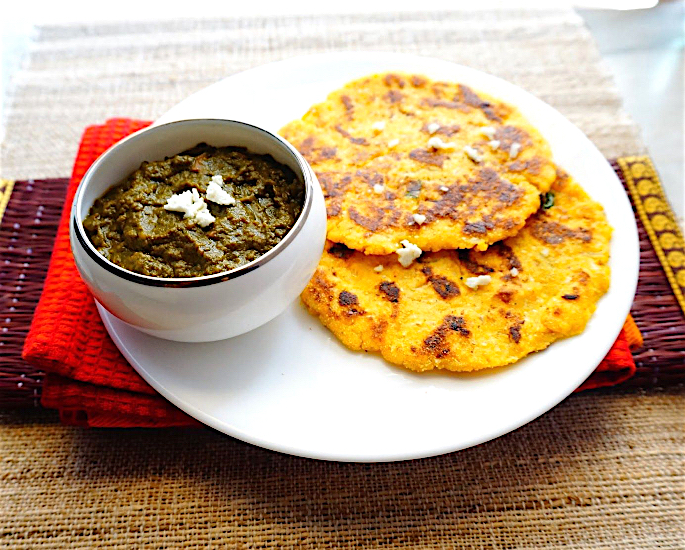 The vibrancy, aroma and flavours of the Desi cuisine are enjoyed by everyone all over the world.

Desi food exposes the rich diversity of cuisines from the Indian subcontinent.

Rubina loves Desi food as she told us that “saag and makhi roti” is her all-time favourite dish. She enjoys this trademark Punjabi dish the most. 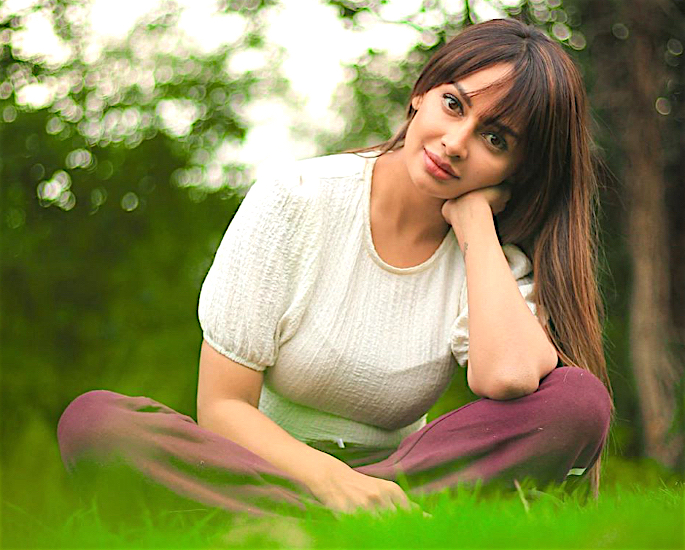 Rubina is a strong-headed individual who has gone on to carve her place in the entertainment industry.

Many stars look to others for inspiration, yet Rubina found this in herself. This gave her the motivation and determination to live life on her own accord:

“I inspire myself. I know what I want and I live in a way that I live a life that I love. I am living my dream.”

The actress also shared a lovely message for all her die hard fans. She stated:

“Thank you for loving me and accepting me in films and all your blessings is what makes me shine.”

Rubina concluded with advice to her fans saying:

“Always follow your heart, respect your parents and love yourself.”

There is no doubt that we will be seeing and hearing more from Rubina Bajwa both onscreen and off-screen.

Fans of the actress can next see Rubina in action in her upcoming film, Beautiful Billo. The film also stars Neeru Bajwa and Roshan Prince and is expected to release on April 24, 2020.

We look forward to seeing Rubina Bajwa on the big screen in many more future films. To stay up-to-date with Rubina, follow her on Facebook and Instagram.