Neeru Bajwa ~ From Canada to Punjab

Neeru Bajwa has made a huge impact on the Indian entertainment scene, with her hot item songs and burgeoning acting career. Hailing from Canada she is Punjab’s top actress.

"Most importantly, a woman should be given importance in the industry."

Canadian actress Neeru Bajwa has definitely proven her worth in the world of Indian entertainment.

Her talents have allowed her to work within a variety of projects that have propelled her into the spotlight of Bollywood and Punjabi movies, TV serials, music videos and even her own production company with a feature film starring mega Punjabi stars.

Recently international stars are beginning to prove you do not need to be from India to become a megastar. Foreign stars such as Katrina Kaif hailing from London, sexy Sri Lankan Jacqueline Fernandez and American hotty Nargis Fakhri have all proven their worth within the industry.

But talented Canadian Neeru has become the one to watch out for; she definitely has her hands full with some pretty impressive projects. 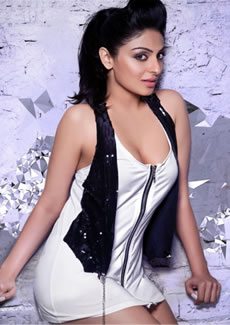 Born on the August 26, 1980 in Toronto, Canada, Neeru explains she always wanted a chance from a young age to become an actress in India:

“I joined the Miss India Canada pageant because I didn’t know how to get to India, trust me I am not the pageant type sadly I came second place and didn’t get the ticket.”

However, this did not hold her back from her dreams. Neeru travelled all the way to Mumbai, and made her on screen debut with the movie Ishq Nachavye Gali Gali (1996) an action crime drama. The movie never took off.

One of her notable career highlights was working alongside Bollywood legend Dev Anand in the film Main Solah Baras Ki (1998). After this she took a break from the Bollywood and took to the small screen on one India’s most famous TV serial Astitva…Ek Prem Kahani which successfully ran on ZEE TV for four years and won numerous awards. She played a mistress turned wife on the hit show:

“It was working on that show that I was able to work on my first Punjabi film,” says Neeru.

She made her debut alongside noted Punjabi singer and actor Harbhajan Mann in the movie Asa Nu Maan Watna Da (2004) directed by Manmohan Singh. Since then she has gone onto work on various other hit Punjabi movies with stars such as Jimmy Shergill, Amrinder Gill, Gippy Grewal, Diljit Dosanjh and Tarun Khanna. 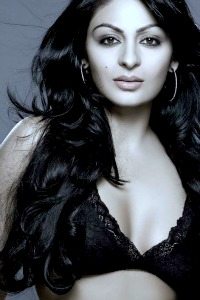 Other popular films she has worked on include the popular Pinky Moge Wale (2012) and Sadi Love Story (2012).

However, Bajwa did not let her ambition to work in Bollywood be left forgotten. In 2010, Neeru Bajwa made her Bollywood comeback alongside Bollywood hunk Vivek Oberoi in the Sci-Fi action film Prince (2010) directed by Kookie V Gulati. Other movies included the Bollywood horror sequel Phoonk 2 (2010), and Miley Naa Miley Hum (2011).

One of her recent hits in Bollywood was her cameo appearance in Neeraj Pandey’s Special 26 (2013) staring alongside fellow Punjabi actor Jimmy Shergill and Bollywood megastar Akshay Kumar. She performed an item number for the song ‘Gore Mukhde Pe’. For Neeru, the roles she picks is of vital importance for her:

“I have never taken up roles where I am used as a decorative piece. My talent must be used to the fullest. If I have survived in the industry today, it’s because I have learnt to maintain a professional relationship with my co-stars. I am not here to make friends; my work is my focus,” she says.

Prior to this Bajwa worked on many other musical projects. She appeared in her first Punjabi video in 2003 for Punjabi singer Kamal Heer for the song, ‘Kainthey Wala’. She went on to do several other Punjabi videos for different artists like ‘Hey Soniye’ with Silinder Pardesi, Juggy D, and Rishi Rich.

Neeru’s next big release is Jatt & Juliet 2 which promises as much laughter and masti as its predecessor. Set in Canada, the film is not actually a sequel to the first movie:

“I play the role of a Canadian cop. Wearing a uniform kept me upright throughout the film; being a cop is truly cool! It did not require much homework though, since I have lived in Canada for a long time and have grown up watching Hollywood films.” 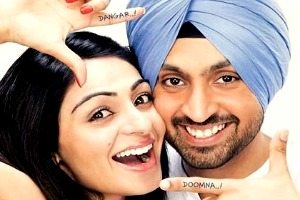 Neeru who plays Pooja, stars alongside Diljit Dosanjh who plays Fateh. Directed by Anurag Singh and written by Dheeraj Rattan, the first film became a benchmark for Punjabi cinema.

Neeru still believes that a lot of progress needs to be made when it comes to the Punjabi film industry:

“Professionalism is lacking. And, most importantly, a woman should be given importance in the industry, which is only possible if some male egos are worked on,” Neeru admits.

Diljit Dosanjh said about his co-star, Neeru: “She is a senior artiste, so, working with her is always a good experience. We share a very respectful and professional relationship. Besides, our energy levels also match!”

Neeru has clearly made an impressive mark on the Punjabi film industry and is also becoming a Bollywood regular. Jatt & Juliet 2 is expected to become another massive hit and will definitely shine brightly for Neeru’s career.

Arun is a creative person who lives and breathes the world of Fashion, Bollywood and Music. He enjoys spending time with family and friends and loves a bit of banter. His life motto is: "You only get out of life what you put into it."
Anushka Sharma teams up with Salman Khan
Ghanchakkar ~ Review