Influencer Mahek Bukhari has come into the spotlight after being one of five people accused of murder but who is she?

"I cut off loads of people, lots of TikTokers"

Mahek Bukhari has attracted a lot of attention since being charged with murder.

The 22-year-old is one of five people charged with murder – including her mother Ansreen – after a crash on a dual carriageway left two men dead.

On February 16, 2022, the mother and daughter appeared before a judge at Leicester Crown Court.

No applications for bail were made and Judge Spencer QC told them:

“You face the most serious charge known to the criminal court. Do you know that?”

They will next appear for a plea and directions hearing on March 18.

A trial date is provisionally set for September 26.

As a result, Mahek Bukhari has attracted a lot of attention but who is she? We find out. 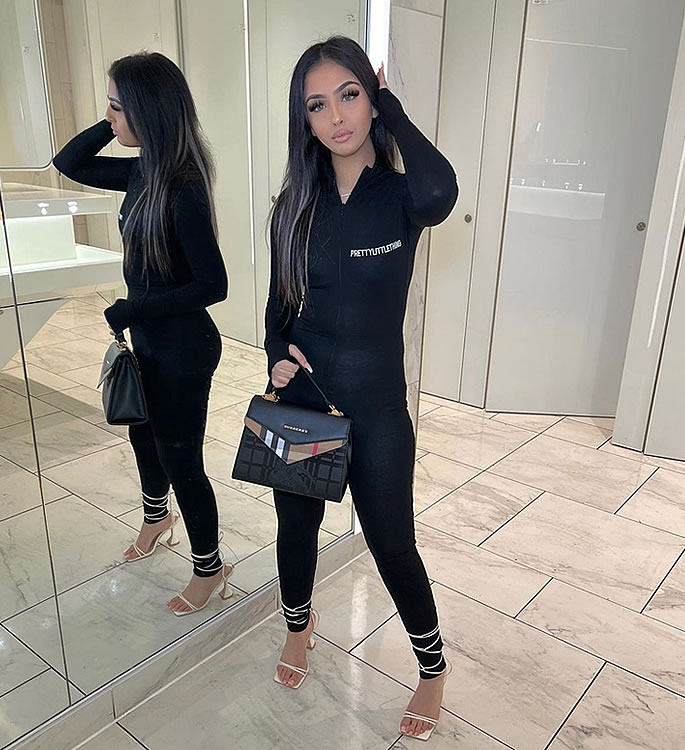 Mahek Bukhari is from Stoke-on-Trent and is known to her social media followers as ‘May B Vlogs’.

She is primarily known as a TikTok influencer. Mahek has more than 120,000 on the platform and regularly posts videos with her mother and friends.

Mahek has more than 44,000 Instagram followers and uses the platform to share pictures of herself in a variety of outfits and make-up tutorials.

Many of her posts are adverts for popular brands such as Rebellious Fashion.

She has amassed 3.2 million likes and a further 3,750 subscribers on YouTube where she documents her travels and make-up tips under the name May B Vlogs.

Mahek describes her mother as a best friend, sister and mother all rolled into one.

She has not been active on her platforms recently but a Q&A video Mahek published on YouTube in November 2021 has emerged.

In the video, she was asked whether she had “beef with anyone?”

Mahek replied: “No, I don’t. I keep myself to myself when it comes to beef.

“I would say beef was coming to me last year and I cut off loads of people, lots of TikTokers actually, which was good for my mental health as well.

Why She has been Charged? 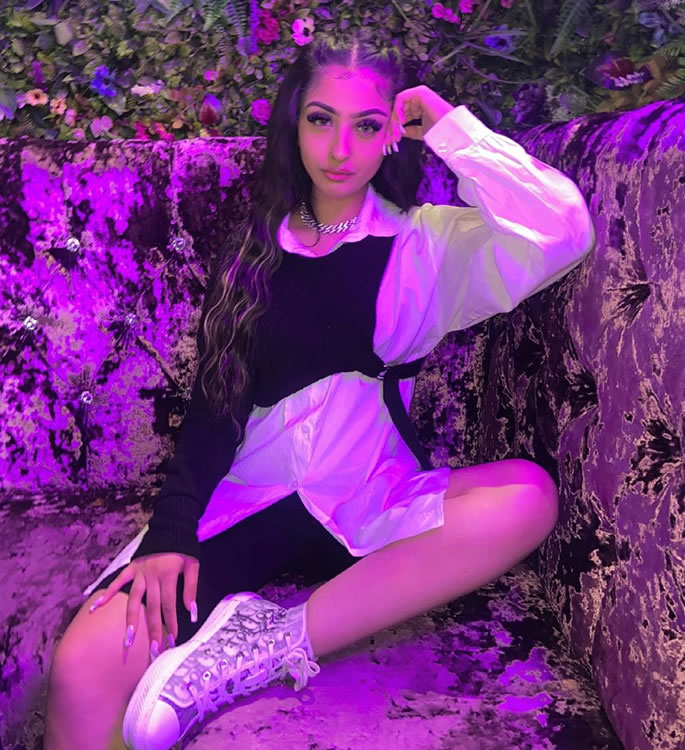 Mahek Bukhari and her mother Ansreen Bukhari were charged with murder after cousins Hashim Ijazuddin and Saqib Hussain were killed in a crash on the A46 in Leicestershire on February 11, 2022.

Her friend Natasha Akhtar was charged alongside the mother and daughter.

Raees Jamal and Rekan Karwan, both of Leicester, were also charged with murder.

Hashim and Saqib were travelling on the A46 in Leicestershire at around 1:30 am.

Their silver Skoda Fabia left the carriageway and smashed through a central reservation.

Leicester Magistrates Court heard that a grey Audi TT and a blue Seat Leon were spotted nearby.

All of the vehicles were travelling at speed and one car was believed to have burst into flames.

Hashim and Saqib were pronounced dead at the scene.

Prosecutor Mohammed Zarandouz said the victims were chased by the defendants from Sainsbury’s on Melton Road, Leicester until their car was “run off the road” and split in two.

During the chase, one of the victims called 999.

“Unfortunately a loud scream could be heard from the caller and the call disconnected.”

Hashim and Saqib had been travelling to see a friend because he was “feeling low”.

“Anyone who was travelling in the area in the early hours and has any dashcam footage, we are urging you to come forward.

“We are working to piece together the movements of all the cars involved and any footage of them will help our investigation.”

A 20-year-old man who was arrested on suspicion of murder was later released from police custody and would face no further action. 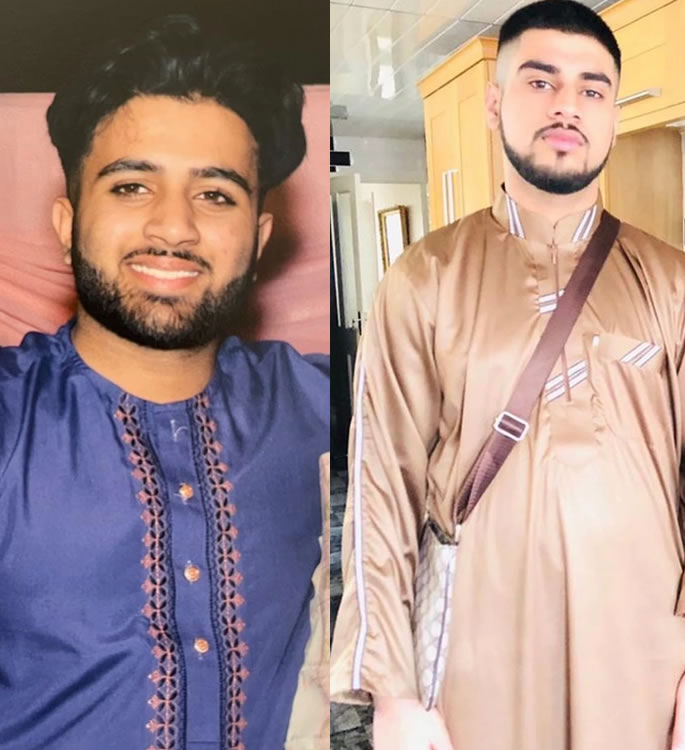 “Hashim was my favourite son, he was a beautiful soul and I feel blessed by Allah to have had 21 years with him.

“He borrowed the Skoda from his grandfather because his cousin Saqib asked him for a lift to Leicestershire to see a friend.

“Saqib was very down about things. Hashim loved him a lot and cared for all people in general. He would do anything to help somebody out.

“This is the kind of person he was. He was just doing a good deed because he never wanted to say no to anybody in trouble.

“Saqib was going through a tough time and asked Hashim to take him to Leicestershire but my son had nothing to do with any of this.”

Hashim was the third eldest of eight siblings.

Sikander continued: “I’m not ashamed to say that I loved him the most because he was just like me, only better looking and a nicer character.

“Everybody loved Hashim, he was incredibly popular and had friends all over the country.

“He lit up the room when he walked in and was always laughing a joking. For me, he was a superstar.

“Of course we are in a lot of pain because we have lost a beloved soul and we will all miss him terribly.”

“There are no words for our sorrow but at the same time, I want to celebrate his life and remember him for the great person he was.

“He was gifted to me by Allah and I know that he has gone straight to heaven.”

“Hashim and Saqib were very close and grew up together.

“Hashim was just giving him a lift.

“We don’t know the full details of what happened and are waiting for the police to give us a proper update.”

In memory of the two men, a JustGiving page has been set up, with an Islamic charity raising funds to build a mosque in their name.

The incident has led to widespread attention, especially Mahek Bukhari.

With a plea and directions hearing coming up soon, it may determine what actually happened to Hashim Ijazuddin and Saqib Hussain.

Dhiren is a journalism graduate with a passion for gaming, watching films and sports. He also enjoys cooking from time to time. His motto is to “Live life one day at a time.”
Sub-Postmaster’s Life “Torn Apart” after being Wrongly Jailed
Grooming Gang jailed for Raping ‘Troubled’ Girl aged 15