"the toughest challenges aren't meant to be easy!"

Black Country-based Barinderjit ‘Barry’ Singh Cheema who is familiar by the sporting name Usingh Bolt, will be taking on his biggest running challenge ever.

Tackling an incredible route, Usingh will be striving to run from John O’ Groats to Lands End (JOGLE) in twenty-eight days.

Covering a huge length from UK’s north to south, he will run thirty-five miles on average, raising funds for charity.

As part of the gruelling test, he will also participate in his 10th Great North Run.

Despite running solo, he will be encouraging others via social media to join him for one hour or the full day.

We take a closer look at Usingh Bolt, the challenge, the charity he is running for and his daily schedule. We also present exclusive reactions from the man originally from Gateshead, but who lives in Walsall. 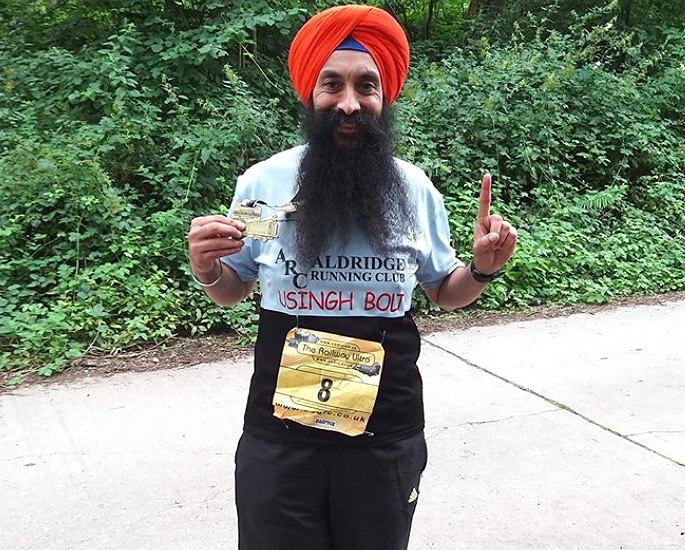 Usingh Bolt began his running career in 2006. He did his first half marathon in the same year with the Great North Run.

He has also run more than 210 park runs, numerous short distance races, along with many miles running under training mode.

Aldridge Running Club is like a second home for Usingh. Through his passion for running, Usingh has raised more than £32,000 for a range of charities that includes Macmillan and the Strokes Association. 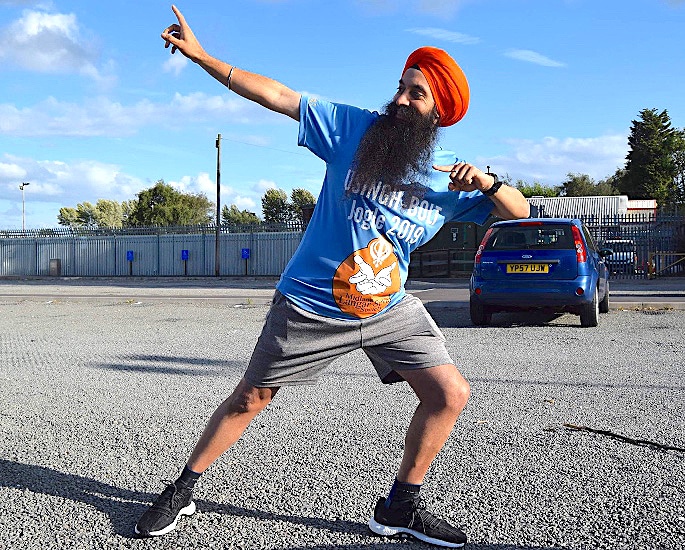 Despite many attempting the JOGLE route by cycle every year, Usingh Bolt will be bidding to successfully run between the two great points of the UK.

Usingh will be beginning the challenge from Monday, August 26, 2019, with the target of crossing the finishing line on Sunday, September 22, 2019.

Covering a total distance of 1000 miles, Usingh will be running for twenty-eight consecutive days.
Along this adjusted and extended route, Usingh will take part in his 10th Great North Run on September 8, 2018.

Speaking ahead of the challenge, Usingh said:

“For me JOGLE is the biggest running challenge one can undertake in the UK. I’m determined to give it everything I’ve got to complete it.

“An average of 35 miles per day for 28 days is going to be incredibly tough to do. However, the toughest challenges aren’t meant to be easy!” 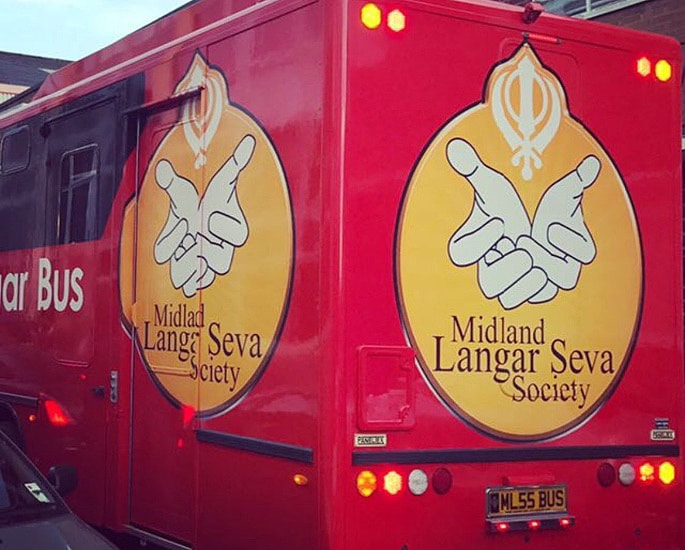 Usingh Bolt will be undergoing this challenging route raising awareness and money for the homeless and needy. This will be in collaboration with the charity Midland Langar Seva Society (MLSS).

Two Sikh brothers from Walsall are the founders of MLSS, which has grown in strength since establishing in 2013.

Working on a voluntary capacity the siblings and a group of generous people from this worthy cause provide food (langar: free kitchen) for those in need.

Courtesy of donations, volunteers distribute food every nice night across the UK and internationally. At times, feeds have reached more than 25,000 meals per week.

To mark the 550th birth anniversary of Guru Nanak Dev Ji, Usingh felt 2019 was the right time to take on the JOGLE run and help MLSS.

Usingh aims to raise £5,000 pounds for MLSS, which treats everyone as equal.

The Route, Schedule and Training 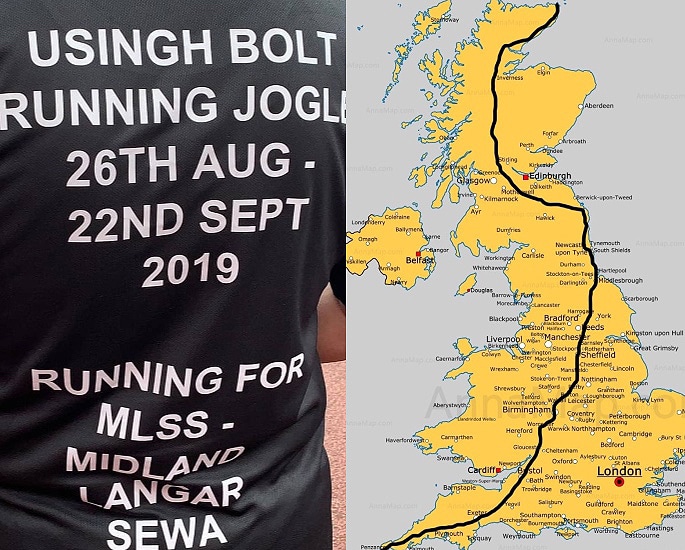 The schedule for the twenty-eight days is in place, with the flexibility to make adjustments, subject to weather and the local environment.

The longest run of forty-eight miles will be on Day 12, from Jedburgh to Alnwick.

Day 23, will see the shortest run of twenty-eight miles between Trowbridge and Glastonbury. Along the journey some of the major cities and towns he will go through include Newcastle-Upon-Tyne, Sheffield, Derby, Walsall and Worcester.

Months leading up to this challenge, Usingh has undergone extensive training and run marathons so that he can complete this mission:

“Training for something like this is very tough as it’s so physically demanding.

“I have done a number of marathons and ultra-marathons over the last nine months. And then the next day gone out and done another 26 miles to see how my body copes with successive long days of running.

“The more I’ve done this the stronger I feel I have got.”

“All those miles have helped me decide the best pace for me to run on each day of the challenge.”

Usingh will be jogling in two different colour shirts. One is orange, with the other being blue. 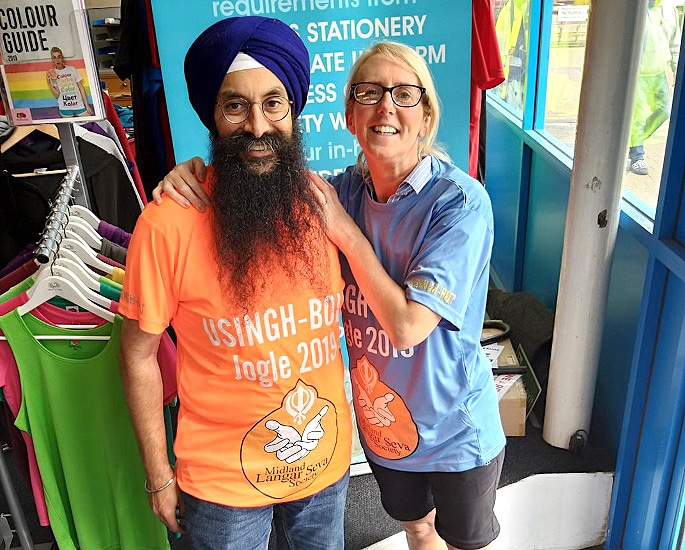 After the JOGLE, Usingh will be travelling to Malawi in Southern Africa to participate in the Orbis Challenge from October 5 to 12, 2019.

For this challenge, Usingh will be running up and down Mount Mulanje, as well as covering a high-level forest ground and trails on Lake Malawai.  The minimum distance of 70k includes a 25k, 5k two 20k runs.

During this trip, Usingh will meet children and young adults from poor-stricken communities, providing food, clean water and educational resources.

Inspired by the charity, Cure Leukemia, he also plans to take part in the Great Birmingham Run on Sunday, October 13, 2019.

Meanwhile, anyone can keep updated with Usingh Bolt and his running via his social media channels, particularly Facebook and Twitter.

For those wanting to make any donations for this worthy cause, please visit his fundraising page here.