A buffalo racer took part in a race, however, his run has drawn attention across the country as some people have said he ran faster than Usain Bolt.

"In every Kambala, he wins at least two prizes."

A buffalo racer has attracted a lot of attention after many compared his blistering run to that of legendary sprinter Usain Bolt.

Shrinivas Gowda, aged 28, of Mangaluru, Karnataka was the buffalo jockey and his achievement was recognised.

It was reported that he ran the 100-metre race in just 9.55 seconds. That would mean that he ran faster than Bolt’s world record time of 9.58 seconds.

“I urge the Athletics Association of India to take this man under their wing and make an Olympic champion of him.

“Wonder how many hidden talents we have!” 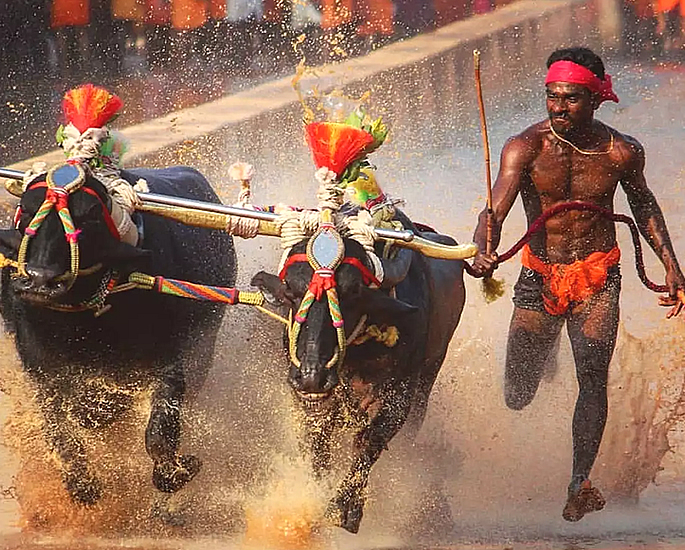 However, Kambala Academy, where Shrinivas was trained, do not want to compare him to Bolt.

“We are proud of him. Gowda was the first batch student of the academy. In the 11 Kambalas held this season, he has won 32 prizes.

“In every Kambala, he wins at least two prizes. We will not compare him to Usain Bolt because we cannot vouch for the accuracy of timings.

“Only at the finish, we have a laser network system and electronic timings. The length of the Kambala tracks also varies.”

According to a buffalo racing expert, the unique sport is all about technique. While Bolt runs on a track, Shrinivas is supported by buffaloes which may enable him to run faster.

Many have called for Shrinivas’ talents to be showcased on the international stage.

“Just one look at his physique and you know this man is capable of extraordinary athletic feats.”

“Now either Kiren Rijiju provides him training as a 100m sprinter or we get Kambala to become an Olympic event. Either way, we want a gold medal for Shrinivas.”

“There’s a lack of knowledge in masses about the standards of Olympics especially in athletics where ultimate human strength and endurance are surpassed.

“I’ll ensure that no talents in India is left out untested.” 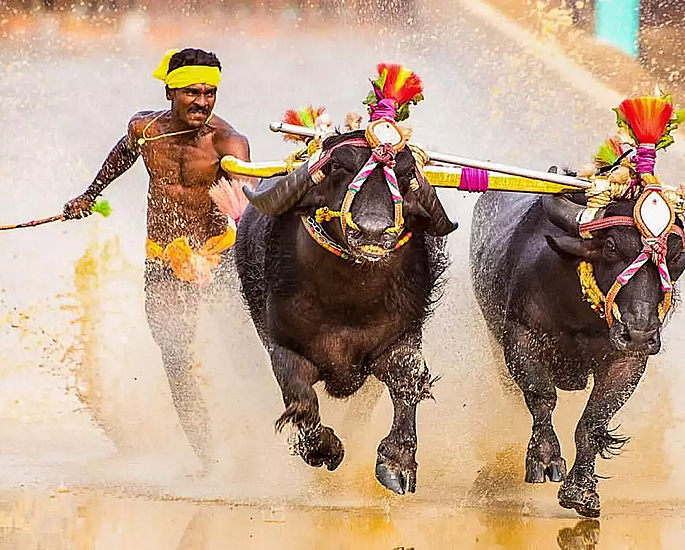 Shrinivas is one of the most sought after buffalo jockeys. On the sport, the buffalo racer said:

“When Kambala Academy introduced training to jockeys in 2013, I enrolled myself.

“I am among the very few jockeys who after training, have been participating in Kambalas regularly.”

Buffalo racing is a traditional sport which sees jockeys running barefoot alongside buffaloes.

Times of India reported that Shrinivas has been racing since 2013. The 2017-18 season was his most successful, winning 28 medals.

Dhiren is a journalism graduate with a passion for gaming, watching films and sports. He also enjoys cooking from time to time. His motto is to “Live life one day at a time.”
Cricketer Shadab Khan accused of Blackmailing Woman
Why do Pakistani Girls love Cricket?