The Pakistan Air Force (PAF) teams up with Z Adventures and Serena Hotels for the 2019 Khunjerab Pass Marathon. International runners to participate.

"There is a tremendous scope for sports tourism"

The Pakistan Air Force (PAF) join hands together with Z Adventures and Serena Hotels to present the 2019 Khunjerab Pass Marathon.

Flying under the PAF banner, this will be the highest road race in the world. International athletes comprising of 41 runners, from 23 nations across six continents will compete. The interesting challenge begins at the picturesque Pakistan-China border.

International runners will arrive in the capital Islamabad on September 18, 2019. The adventurous marathon consisting of various distances will take place in Northern Pakistan on September 21, 2019.

Fearless marathon runner and founder of Z Adventures, Ziyad Rahim, has a history of successfully directing races in Pakistan.

Hence, Ziyad is an instrumental figure across the marathon world, promoting long-distance running in Pakistan, along with attracting global runners to the country.

After leading similar challenges in Hunza (2016) and the Karakoram (2018), this is the third marathon taking place in Pakistan, with the help of Ziyad Rahim.

DESIblitz explores the Khunjerab Pass Marathon in more detail, highlighting everything you need to know about this unique event. 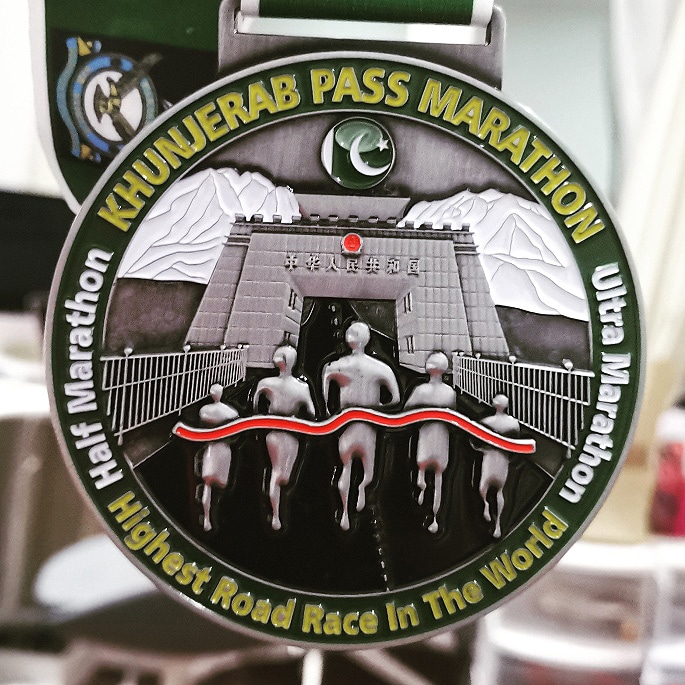 All three races begin from Khunjerab Pass, which is the world’s highest paved international border junction and the furthest point on the Karakoram Highway.

The course will see runners going downhill, racing point-to-point. There is an 8-hour cut off for the races.

In addition, participants will be running in temperatures varying from -5c to +5C at the highest point. Consequently, runners will warm over the course of the race as they make the descend.

Moreover, personnel from the armed forces will patrol the course. The Pakistan Air Force (PAF) will handle the logistics of the race. Furthermore, Serena Hotels are acting as the main sponsor and travel partner.

To reach the location of the marathon, athletes will travel on a C130 Air Force place and MH17 helicopters. In the event of poor weather conditions, runners will also travel via special buses.

Once runners cross the finishing line, medals will be presented to them. There will also be an awards ceremony held during a farewell dinner. 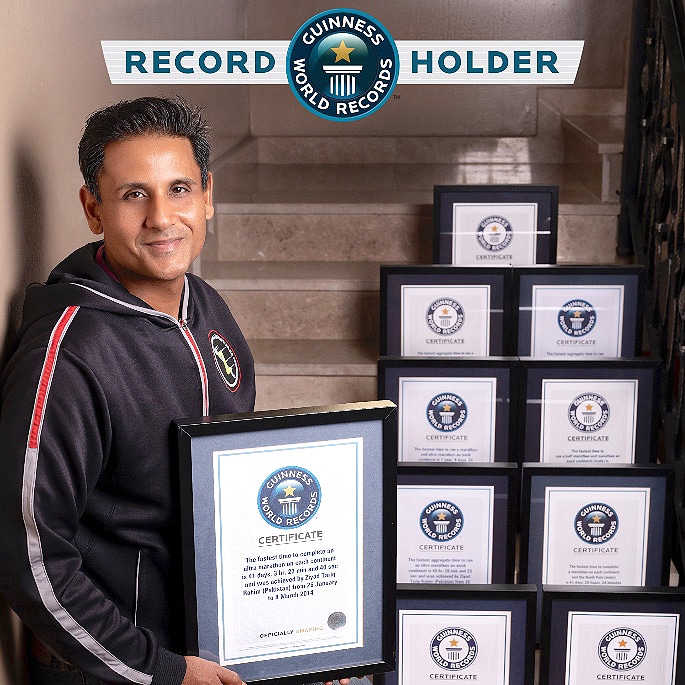 As part of the organisational team, Ziyad will ensure that the race goes well. Commenting on the challenge, Z Adventures CEO, Ziyad Rahim told DESIblitz:

“Pakistan is going through a transformation phase and the whole idea behind organising the event is to bring world record-breaking marathon runners to our country and show them what a beautiful country it is.

“There is a tremendous scope for sports tourism and we hope this event will pave way for more such events organized all over the country.”

“Last year, my company organised a marathon in Naltar Valley at 11,300 feet above sea level, where we collaborated with PAF and Serena Hotels.

“It was a huge success, so this year we stepped up a little bit to organise an even higher altitude race.”

Thus, Ziyad will use his experience and knowledge of local conditions to guide all the runners. After all, in long-distance running, he has the most Guinness World Records – standing at 10. 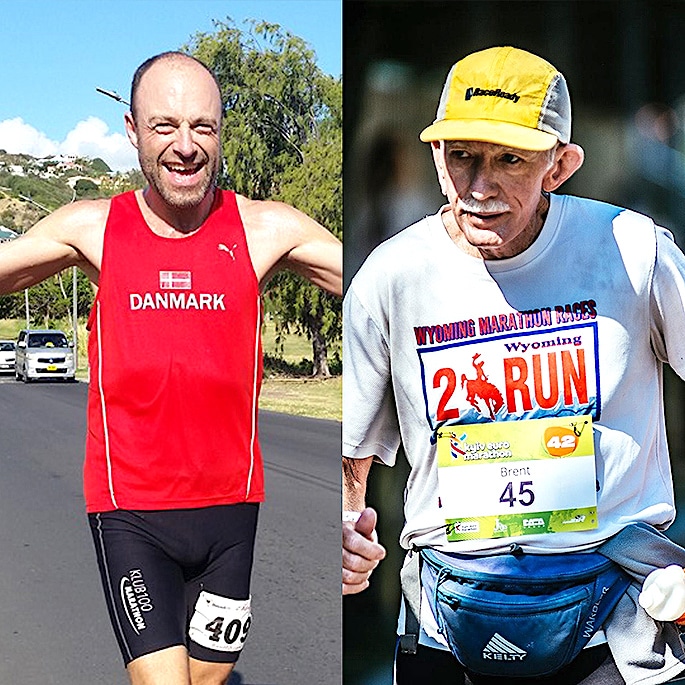 The Khunjerab Pass Marathon will feature famous faces that participate frequently on the international marathon circuit.

Travelling from Denmark is Vagn Kirkelund, the most celebrated marathon runner from the Scandinavian country.

Former marathon world record holder Dan Micola from the Czech Republic has his name on the race roster. The globetrotting dynamic marathon duo of Mario Sagasser and Doris Sagasser fly in from Germany for this historic race.

Seven Summit mountain climber and Everest marathon runner Scott Mcivor who hails from Scotland travels to Pakistan to compete in this challenge.

Ultra-runner Jim Chao-Chun Kan from Taiwan who took part in the Naltar Valley Karokaram Marathon returns for another trip to Pakistan. 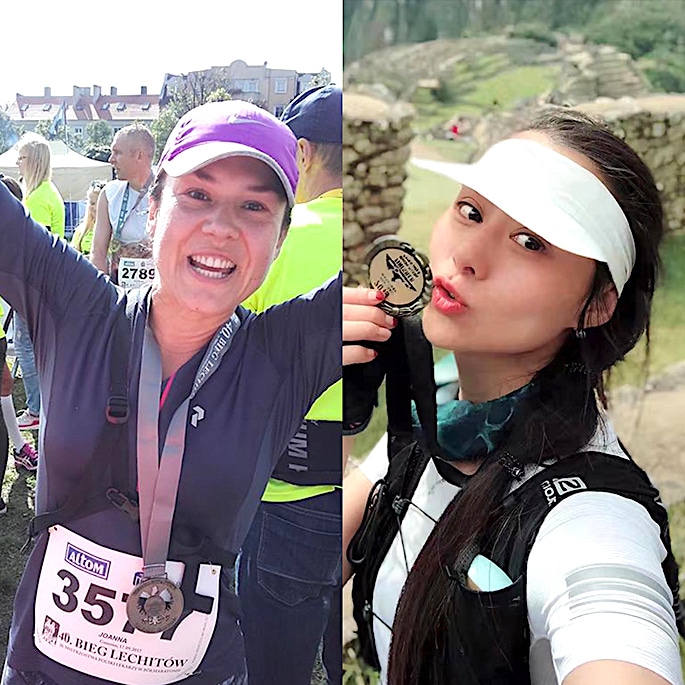 Expressing his thoughts about the runners, Ziyad Rahim said:

“We again have a star-studded field of marathon globetrotters from over 23 countries who have signed up for this challenge.

“Their running accomplishments are mind-boggling. Most of them have broken several world records in marathon running. Our oldest male competitor is 70 years young and the oldest female is a 65-year-old paraplegic athlete!

“Combined, the runners have run over 4,000 marathons between them covering 180+ countries.”

“For most of them, it will be their first marathon in Pakistan, so they are anxiously looking forward to the adventure.”

There will be 70 armed forces staff and 40 Pakistani runners joining the International runners in the race.

During the one week visit, runners will also have sightseeing tours in Islamabad and Northern Pakistan.