Epic plans are reportedly under way to greet the Narendra Modi when he visits the UK in November 2015. Wembley Stadium seems to be the top choice of venue!

“I am told that [Modi] quite fancies hiring Wembley Stadium for an event.”

When Narendra Modi visits the UK in November 2015, a warm welcome is the least the Indian Prime Minister can expect from the Brits.

Plans are reportedly in place to greet Modi in an Olympic-style invite-only event at the iconic Wembley Stadium in London.

Kamal Ahmed, a BBC journalist, reveals: “I am told that [Modi] quite fancies hiring Wembley Stadium for an event celebrating the generations of Indian immigrants who have made the UK their home.”

The Indian media have picked up on similar rumours as well, as Times of India reports the PM hopes to do a ‘Madison Square Garden-style meet at Wembley Stadium’. 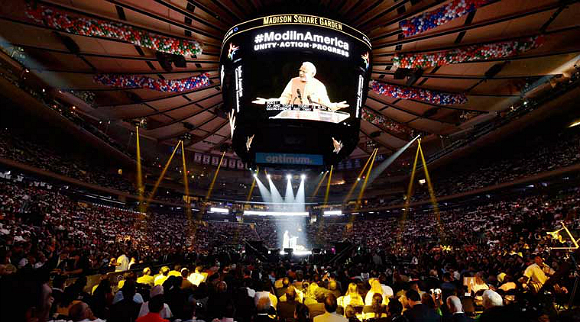 Modi visited the US in September 2014 and addressed an enthusiastic crowd of 19,000 at the glitzy Madison Square Garden in New York.

Wembley Stadium, an emblem of English football, can sit up to 90,000 people. Just imagine the electrifying atmosphere if the plans go ahead!

Other media suggest other possible choices of venue include the Millennium Dome (home of the O2 stadium) or a temple in Wembley to coincide with the Diwali celebrations. 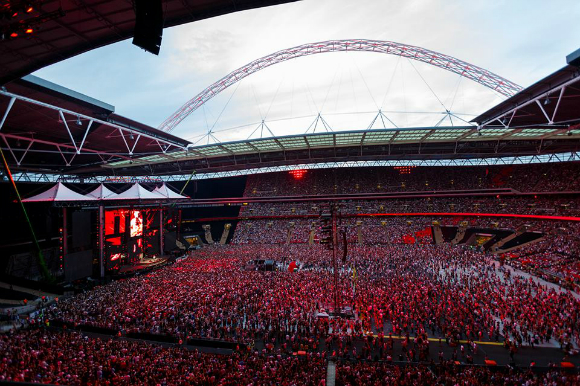 Besides staging the biggest welcome ever for a foreign PM, sources also reveal Modi will be meeting with Britain’s PM, David Cameron, and Queen Elizabeth.

A member of Parliament from the Conservative party says: “We’re keen to do everything we can to maximise the effect of the Indian community here in the UK to bring us closer together.”

The last time the UK plays host to an Indian leader was in October 2006, when Manmohan Singh met with Gordon Brown in a London hotel. 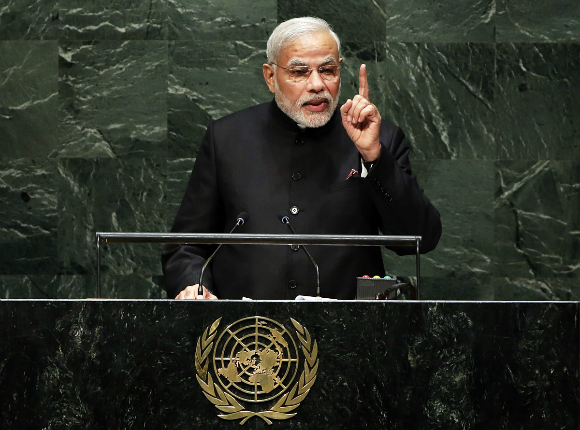 Since then, relationships between the two countries have been strained. Despite two British PMs making four trips to India since 2006, the favour has not been reciprocated.

That is until Modi’s upcoming visit in November. It is hoped that economic and diplomatic relations can be improved though better engagement.

With the UK being the second home to Indians outside of India, Modi’s landmark visit will be nothing less than a spectacle for the diaspora.