Trolls claim Himanshi Khurana is with Asim Riaz for Fame

Trolls have claimed that Himanshi Khurana is only with Asim Riaz for the money and fame. Himanshi has now slammed the haters.

"People don’t know the reality of our relationship."

Himanshi Khurana lashed out at trolls who have claimed that her relationship with Asim Riaz is only for money and fame.

The pair were contestants on Bigg Boss 13 and have been in a relationship since January 2020.

The couple look happy together, however, some netizens have claimed that Himanshi is only with Asim for his popularity.

In an interview, Himanshi opened up on the trolling:

“I have never taken trolling seriously.

“But after Bigg Boss, there were so many comments about my personal life being made.

“There were so many things said about Asim and me.

“In case of a breakup, it is always the girl who gets blamed.

“Don’t I have the right to choose my life? Trolls feel I am with Asim for money and fame. Didn’t I have money or fame before I met Asim?” 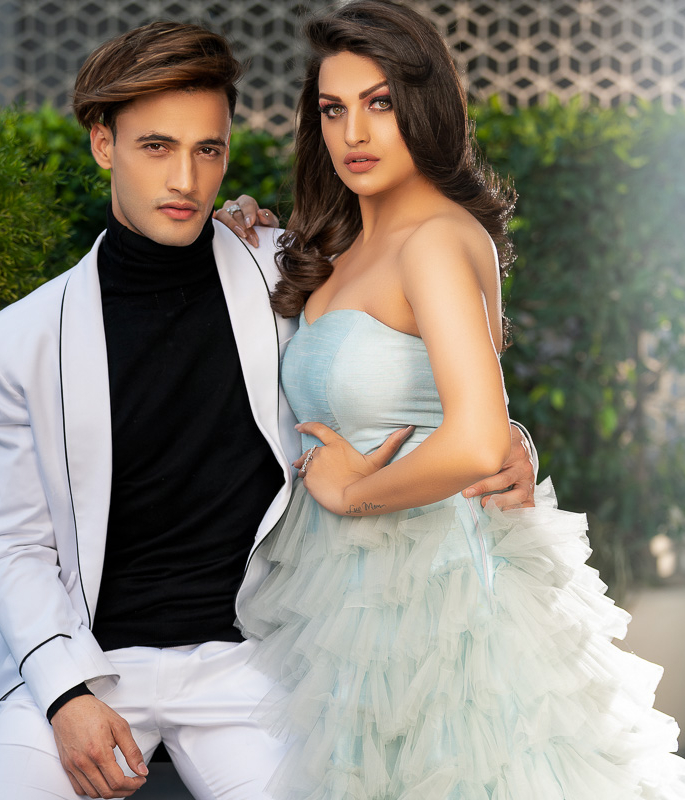 Himanshi went on to say that Bigg Boss only features one hour of footage and a lot of what goes on is not aired.

She explained that due to this, viewers do not know the full extent of their bond and that it is unfair to make judgements.

“If Asim and I are in a relationship, he is not working for me.

“He doesn’t go on my shoots or I don’t for his work.

“He has back pain, he knows his struggle. I am dealing with PCOS and that pain I can only understand and deal with.

“The best we can do is support each other. People have a lot of opinions about us.

“When I signed Bigg Boss I visualised as a viewer.

“But it is a very different show when you are a contestant. It is a finely edited show.

“Only an hour from 24 hours of footage is shown to the viewers. If there is a fight between two contestants and they both have abused each other but only one gets portrayed in a bad light, that person will become the villain.

“I get shocked when people make comments about Asim and my relationship and in fact pass judgments also.”

“I mean how can they do it? If I am negative or a bad person, Asim is with me, won’t he get to know about it?

“If he so confidently accepted our relationship on national television that means he must have seen something in me.”

On Asim’s reaction to the trolls, Himanshi Khurana explained:

“Asim and I are very strong-headed individuals.

“He stays away from social media and he doesn’t even care who’s saying what.

“He has a fixed schedule of gymming and workout so he doesn’t give attention to all these things.

“If we are planning a holiday or if he’s going somewhere he will first search for a gym.

“We both are busy with our lives because I am in Punjab and he’s in Mumbai. So won’t pay attention.”

Dhiren is a journalism graduate with a passion for gaming, watching films and sports. He also enjoys cooking from time to time. His motto is to “Live life one day at a time.”
Kangana Ranaut’s first song for ‘Thalaivi’ Released
Adil Ray named as new co-host of ‘Good Morning Britain’