There are some great places to enjoy authentic Indian cuisine. Here are 10 Indian restaurants in Bradford to visit.

it is centred on traditional Indian cuisine.

There are several Indian restaurants in Bradford that serve up authentic food that boasts rich flavours.

Eateries range from traditional to contemporary but all of them are enjoyed by locals and visitors to the city.

A large South Asian population in Bradford has also contributed to such high-quality restaurants in the city.

Situated all over the city, these restaurants have their own house specialities which are loved by diners.

Here are 10 Indian restaurants in Bradford which are worth a try! 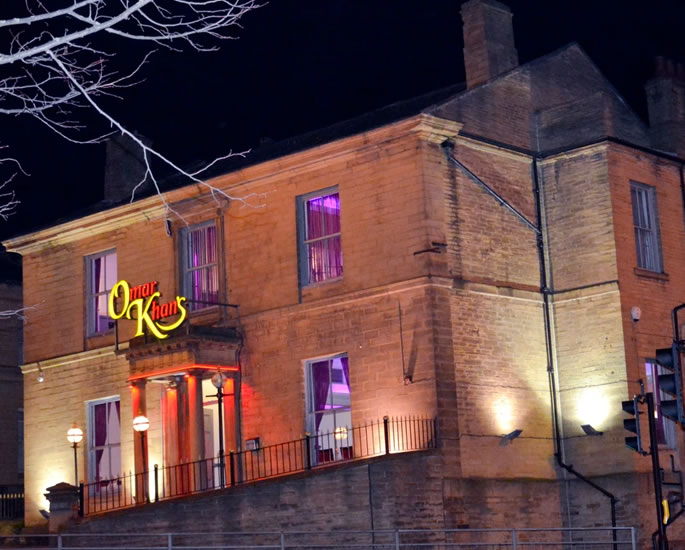 Omar Khan’s is located in the heart of Bradford city centre and is ideal for locals and visitors to the city.

The restaurant was established more than 30 years ago and it is centred on traditional Indian cuisine.

Diners can expect to see the classics like Tikka Masala, Biryani and Bombay Aloo.

It also serves chargrilled meats as well as a plethora of signature dishes.

Omar Khan’s authentic food is comprised of ground spices and fresh ingredients. This combination makes for a memorable dining experience. 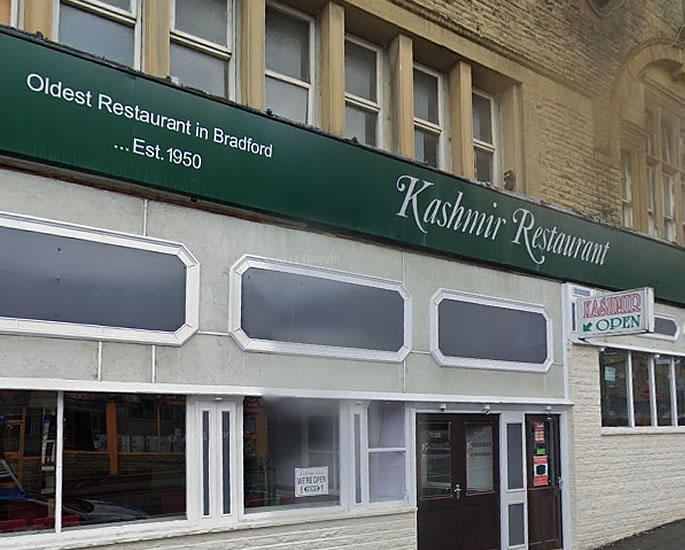 The Kashmir Restaurant in the city centre is one of Bradford’s oldest Indian restaurants, serving delicious dishes since 1950.

It is a cafe-style restaurant, making for a relaxed atmosphere.

The eatery has an extensive menu but one of its bestsellers is the Mixed Grill Sizzler.

Other options include Dopiaza, Rogan Josh and Biryani, all of which can be ordered with your desired meat or vegetables.

The freshly prepared food can also be ordered to your preferred spiciness.

This is a traditional Desi restaurant that is known for serving great value food. 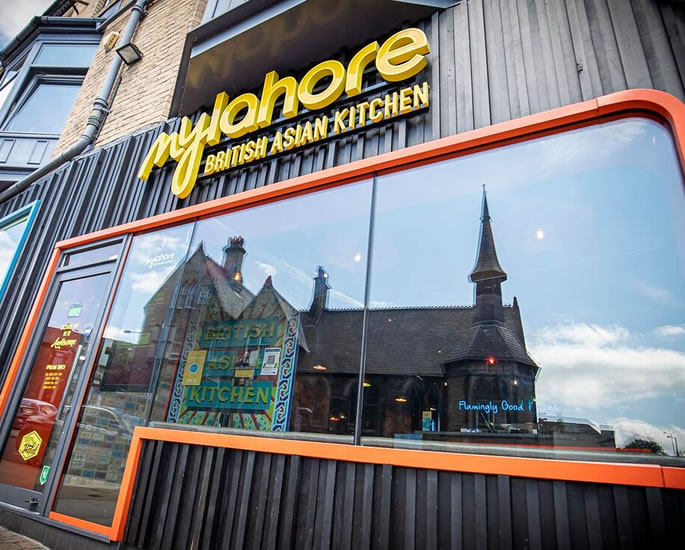 One of the UK’s best-known Desi restaurant chains is MyLahore and in Bradford, that is the flagship restaurant.

Located on 52 Great Horton Road, MyLahore has a vibrant interior with a contemporary vibe and moves past tradition, something which some restaurants fail to do.

While MyLahore serves great Indian food, they also have other favourites on their diverse menu.

Popular dishes include ‘Home Favourites’ like Butter Chicken and Lamb Handi On The Bone.

It is the ideal restaurant for diners who want to enjoy high-quality food in a laidback setting. 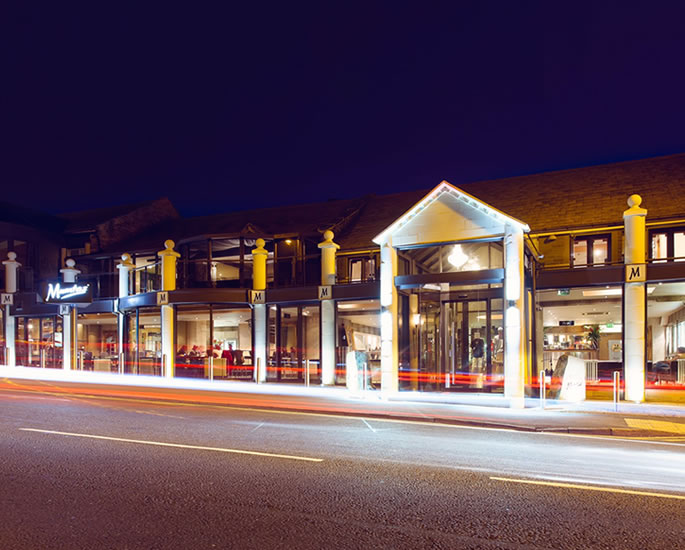 The famous Mumtaz restaurant is located on Great Horton Road and is at the site of the original Mumtaz stall, which was founded in 1979.

It is a unique experience of high-class dining steeped in the art of Kashmiri cooking.

Mumtaz is held in high regard, having catered for celebrities.

This includes the likes of Dame Helen Mirren in January 2020. She had said:

“Nothing like an Indian/Pakistani dinner in Bradford. Doesn’t get any better. Thank you Mumtaz.”

Former Prime Minister David Cameron had also said the “best curry” he has eaten was at Mumtaz.

The venue is well known for amazing food, great service and a buzzing atmosphere. With a seating capacity of 500, the venue is a perfect location for large weddings, corporate events or special occasions. 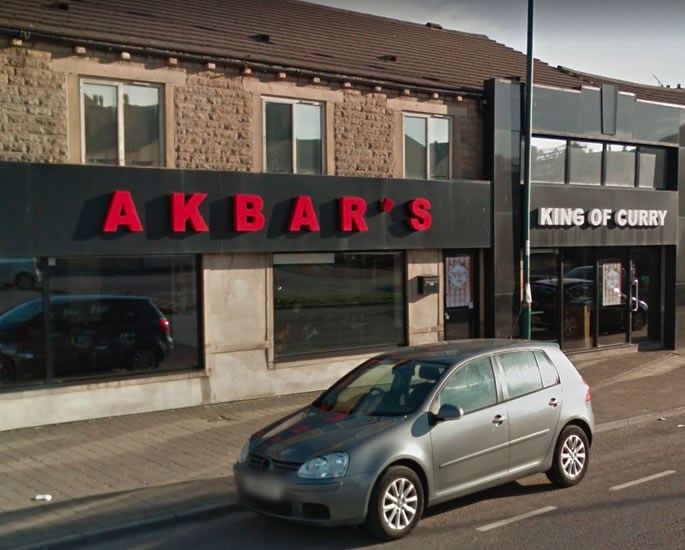 Award-winning Indian restaurant Akbar’s is located on Leeds Road and is renowned for serving Desi cuisine.

Shabir Hussain is the founder of the restaurant chain and his vision has always been to serve the very best in authentic South Asian food.

One is the enormous ‘Big Un’ while the other is the super spicy ‘Phall’.

With the array of delicious food, it is no surprise that Akbar’s has won several awards.

These include the Daily Mail’s ‘Best Indian in Bradford’ and the Telegraph and Argus’ ‘Restaurant of the Year’. 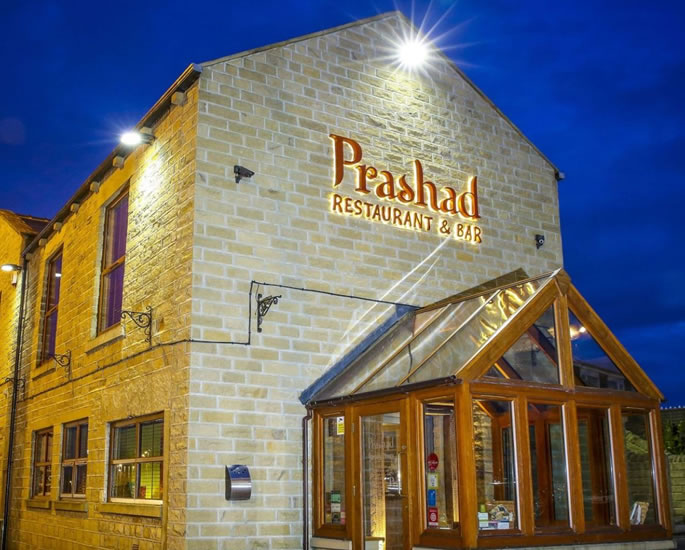 For those looking for authentic Gujarati vegetarian food, Prashad is the restaurant to visit.

It is a family-run restaurant that was founded by Kaushy and Mohan Patel in 1992.

Her son Bobby took over the Prashad legacy, with his wife Minal as the Head Chef.

Using recipes that have been handed down the generations, Prashad creates recognisable Gujarati flavours but infuses finesse, innovation and modernity into all its dishes.

Prashad had humble beginnings on a Bradford sidestreet.

Prashad moved to Drighlington in 2012 and continues to serve up stunning Gujarati snacks and dishes. 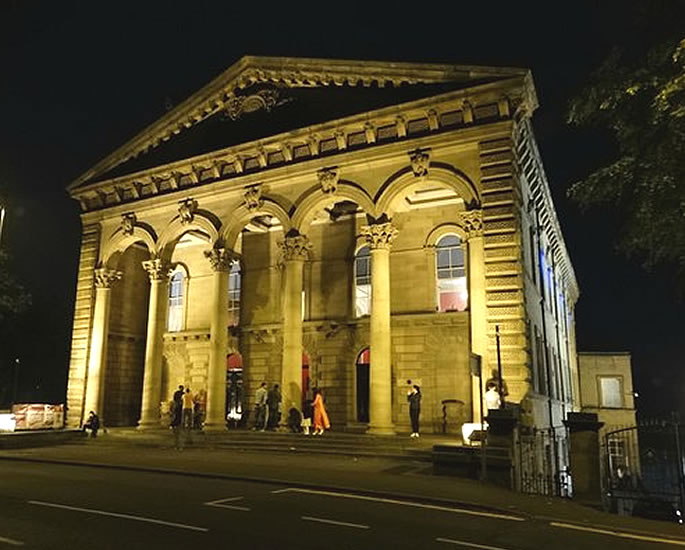 Aakash has a passion for excellent food and excellent service, something which its reputation as one of the best Indian restaurants in the UK is built on.

It is famous for its 5-course Indian buffet, which offers diners the chance to sample as many dishes as they like, choosing from over 54 dishes.

The restaurant also has a takeaway menu, meaning customers can enjoy quality Indian food from the comfort of their homes.

The historic building also means that functions are held there.

The unique surroundings of Aakash allow people the flexibility to create a memorable celebration.

Choose the whole venue to accommodate 850 people or for more intimate occasions why not combine and select from the Grand Main Hall or the purpose-built Function Room. 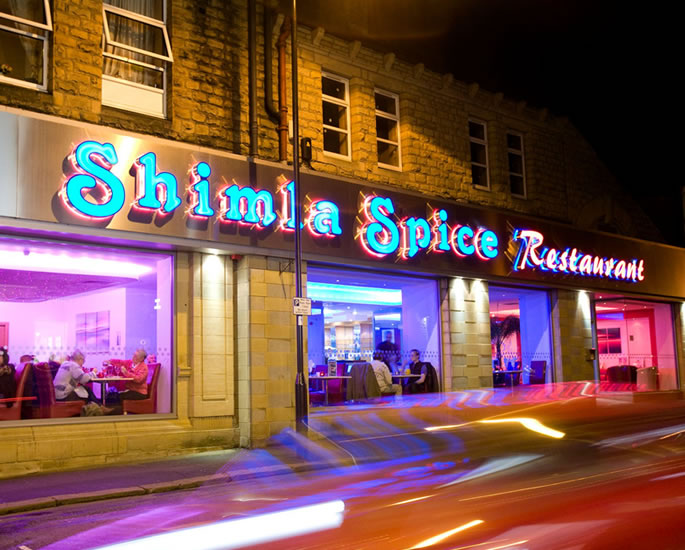 Shimla Spice was the vision of three brothers who wanted to make a name for themselves in the culinary world.

Having worked their way, the brothers returned to Yorkshire and set up their first restaurant in Keighley.

Success has seen the brothers open two further branches in Shipley and Burnley.

Compared to other Desi eateries, Shimla Spice has a large menu, featuring Desi and non-Desi food.

Shimla Spice has been the recipient of numerous awards, including the ‘Best Restaurant in Yorkshire’ at the 2015 English Curry Awards. 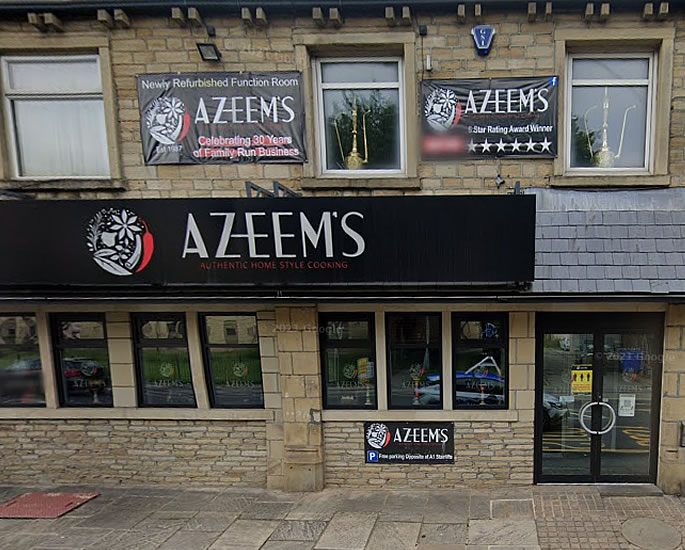 Azeem’s, in Keighley, specialises in home-cooked South Asian cuisine but it was actually established in Leeds, not in Bradford.

It was established in 1987 and Nafees restaurant quickly gained a reputation and won numerous awards.

The name later changed to Azeem’s but the quality of its food and service did not.

Azeem’s specialities are its Handee dishes, which the restaurant says are one of the closest dishes to Asian home cooking, containing rare tandoori spices to give its unique flavour.

It has also introduced Multani, Mirpuri and Sindhi dishes.

Azeem’s dishes showcase its high standards and it is a major reason why it is a popular Indian restaurant in Bradford. 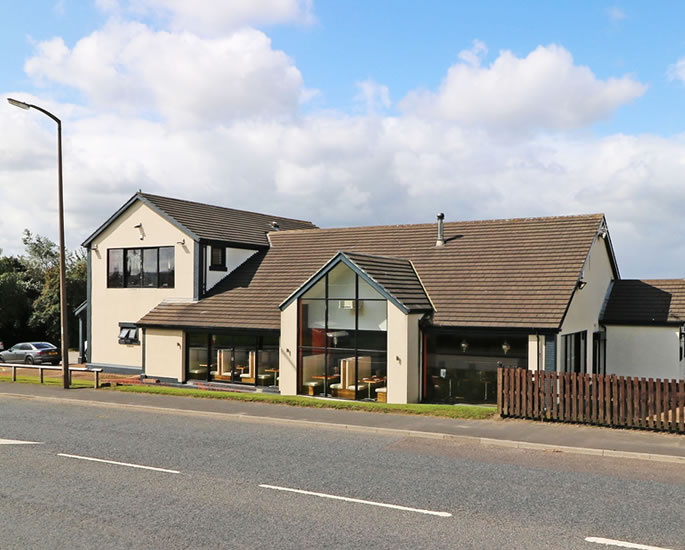 The 3 Singhs is a must-visit if you are looking for a place that serves flavourful Punjabi food.

This is housed in a relaxing atmosphere coupled with excellent service.

A popular speciality to try is Special Biryani, which is chicken, mutton, prawns and mushrooms cooked with spiced fried rice and tomatoes.

This is accompanied by a curry sauce of your choice or raita.

The Indian restaurant also has a bar where you can enjoy a pre-dinner drink.

Many of these restaurants have their own set of devoted diners who keep coming back for the delicious food.

Celebrities have even dined at some of these restaurants.

Visiting these Bradford restaurants are a wholesome experience and whether you go for a traditional meal or something more innovative, you will be left feeling satisfied.