Three Brothers jailed after Gun Haul and Drugs were Found

Three brothers from Manchester have been jailed after police found a gun haul, including an assault rifle and drugs worth £38,000 at a ‘safe house’.

"They posed a significant risk to the north Manchester community."

Three brothers, all of Cheetham Hill, Manchester, were jailed on Thursday, December 13, 2018, at Manchester Crown Court for possessing several guns, ammunition and drugs.

A fourth man, Michael Davis, aged 52, of no fixed address, is also wanted by police for his role in the crime, but he is believed to have fled the UK shortly after his arrest.

“Michael Davis, 52, of no fixed address but who previously lived in Rochdale, is wanted in connection with conspiracy to possess firearms and ammunition and the supply of Class A drugs, but is believed to have fled overseas after his arrest.”

The Court heard that officers from Challenger Manchester and UK Visas and Immigration issued a warrant to search a flat in Blackley, Manchester.

At the flat, which was being used as a safe house by the brothers, officers found a stash of Class A drugs, with a street value of approximately £38,000 hidden in a bed.

In addition, police found a holdall full of ammunition and seven guns, including an assault rifle. All seven of the firearms were seized and forensically tested.

It was revealed that the guns were linked to a number of shootings in Greater Manchester. One of the guns was used in an incident in Levenshulme during December 2015 where a shot was fired at a house. 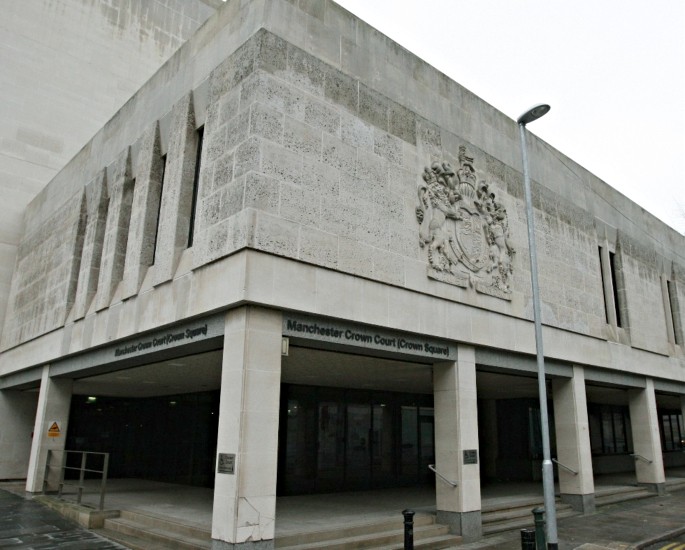 Greater Manchester Police said the gun was so powerful that the bullet penetrated a wall of the house and travelled straight through to the other side.

Fortunately, no one was injured. It was reported that the gunman had targeted the wrong address.

“This was an extremely complex investigation with many intricate layers that took officers countless hours to examine.”

“Thankfully, we’ve been able to bring a stop to the Ali brothers who posed a significant risk to the north Manchester community, in particular, Cheetham Hill.”

DC Ashurst also said detectives believed the guns were being controlled by other organised crime groups.

“Not only are they now behind bars but we have also taken seven guns off the street, which we believe were being controlled by other organised crime groups.

“Without the support from our dedicated partners and the local community, we may not have been able to see them all jailed today so my thanks goes to them.

“Their support is vital to prevent and disrupt organised crime.”

Dhiren is a journalism graduate with a passion for gaming, watching films and sports. He also enjoys cooking from time to time. His motto is to “Live life one day at a time.”
Indian Wife Beheads Husband to Live with Lover
Two Men jailed for Smuggling Heroin worth £2.5 million into UK