One of the most popular South Asian dance forms, Bhangra has spread worldwide kindling many competitions among university students and young dance groups alike. DESIblitz counts down some of the biggest bhangra competitions in the UK.

Bhangra is a traditional dance form that has existed for decades, originating from Punjab.

Its earliest form was a celebratory folk dance that was performed by Punjabis in the zest and zeal of the harvest season.

From the fields of Punjab to the London 2012 Olympics, bhangra has been popularised on a worldwide platform.

Within the UK, there are several bhangra competitions, which proves that bhangra is not just another type of South Asian dance but a professional and competitive dance form.

DESIblitz lists some of the biggest bhangra competitions in the UK right now: 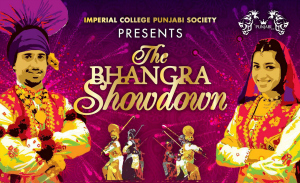 The Bhangra Showdown is the oldest established bhangra competition in the UK.

Its aim is to raise money for charities whilst showcasing Punjabi culture in a fun and entertaining way.

In 2013, the Bhangra Showdown supported national and local charities, including Children with Cancer UK.

The annual show is organised by the Imperial College Punjabi Society and provides a platform for university bhangra teams to compete.

The Bhangra Showdown has been held at the Hammersmith Apollo for the last few tournaments and has brought in star studded acts like Jus Reign, Jas Dhami and Spellbound, all of whom have provided entertainment that go well with the bhangra performances.

The 2014 winners of the Bhangra Showdown were the University of Birmingham and the runners up were Imperial College London.

Bilal Khan, ex President of Imperial College Punjabi Society believes: “The Bhangra Showdown is unique in that it has grown to be the most popular and successful student show in the UK and the biggest competition of its kind worldwide.”

The current president, Jagvir Grewal added: “Being part of the team creating the biggest platform for UK Bhangra is a pleasure. The 2015 show will follow suit and will be nothing short of epic, mark my words.” 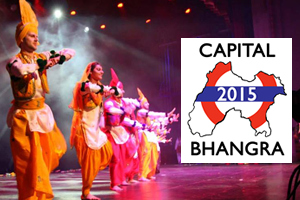 Capital Bhangra was launched by online Punjabi affiliated websites. These are naujawani.com, a Sikh and Punjabi broadcaster, and nachdapunjab.co.uk, a bhangra discussion forum.

‘Naujawani’ has supported university Punjabi societies and bhangra teams with resources and has encouraged students to have a greater understanding of their Punjabi culture and roots.

Capital Bhangra reflects this aim by allowing bhangra teams across the UK to share their love for authentic Punjabi culture on a professional stage.

The competitive spirit allows teams to improve and strive for high quality bhangra dancing. Capital Bhangra has been held at the Bloomsbury theatre and had been hosted by Lily Singh aka Superwoman, the Indo-Canadian YouTube sensation.

In 2013, the winners of Capital Bhangra were Aston University and the runners up were University of Leicester.

In these workshops, they display and teach a range of traditional Punjabi folk moves and demonstrate how various instruments and accessories are used. This is along with exploring Punjabi language, literature and food. 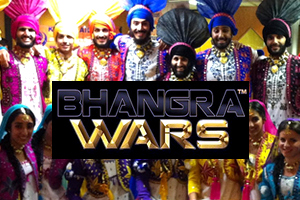 As opposed to the former competitions mentioned, which are hosted in London, Bhangra Wars has been hosted in Central England in cities such as Leicester and Birmingham.

It is a competitive platform where university and non university teams compete.

Bhangra Wars has been organised by simplybhangra.com. Their project manager believes that:

“We aim to showcase UK Bhangra dances to allow the international community to visually appreciate the art form.”

He continues saying: “We want to create a buzz of excitement and are confident this competition will attract significant media attention.” 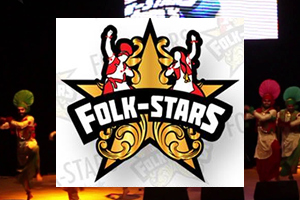 Folk Stars is the most recent competition to enter the UK bhangra scene. It focuses on Punjabi folk as opposed to bhangra.

Over the years, bhangra has evolved and diversified into different forms, however, the core roots remain the same and this competition serves to present its truest form.

The aim of Folk Stars is to create a competition, which will be remembered for the raw talent that will be displayed on stage. The competition will be held in the Birmingham Town Hall. 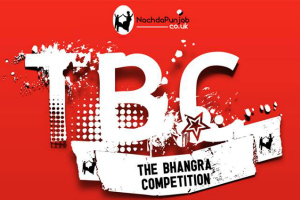 2014 will see the launch of another bhangra competition called ‘The Bhangra Competition’, where independent bhangra teams have the opportunity to showcase the bhangra dance form on a London stage.

The show is organised by ‘NachdaPunjab’, an online discussion forum for bhangra dancers. The unique aspect of this show is meant to be a competition consisting solely of bhangra in its purest form, with no non-bhangra or singing acts involved in the show.

The show includes well reputed bhangra teams like ‘Ankhi Jawan’. The show will be held on Sunday 22nd November at the Great Hall in East London.

The number of bhangra competitions have been growing in the last few years and this corresponds to its soaring popularity and exposure it is having within the United Kingdom.

Today, bhangra can no longer be considered as just one of the dances from the Indian subcontinent but a distinct art form of its own, which is recognised globally.

Sonika is a full-time medical student, Bollywood enthusiast and lover of life. Her passions are dancing, travelling, radio presenting, writing, fashion and socialising! “Life isn’t measured by the number of breaths taken but by moments that take our breath away.”
Is the Era of Bhangra Bands over?
Jaz Dhami’s Pasina features Sneakbo and Ikka