British Pakistani Family robbed at Gunpoint on way to Dadyal

In a terrifying incident, a British Pakistani family were robbed at gunpoint whilst on their way to the city of Dadyal in Azad Kashmir.

The family were then held at gunpoint and tormented.

Members of a British Pakistani family were threatened and robbed at gunpoint as they travelled to Dadyal, Azad Kashmir.

The family members had landed at Islamabad International Airport, having arrived from the UK.

The thieves made off with British and Pakistani money, jewellery, passports and mobile phones.

Ghazanfar Mughal had driven to the airport to pick up his sister and son after they arrived from the UK. The trio then left to travel to Dadyal.

Throughout the journey, they travelled along the Rawat Kallar Syedan Road. However, when they approached Mankiala Bridge, a car pulled up alongside them.

Inside the vehicle were several men, all of them armed.

It was revealed that the men forcefully stopped the British Pakistani family by waving their weapons from inside their car. 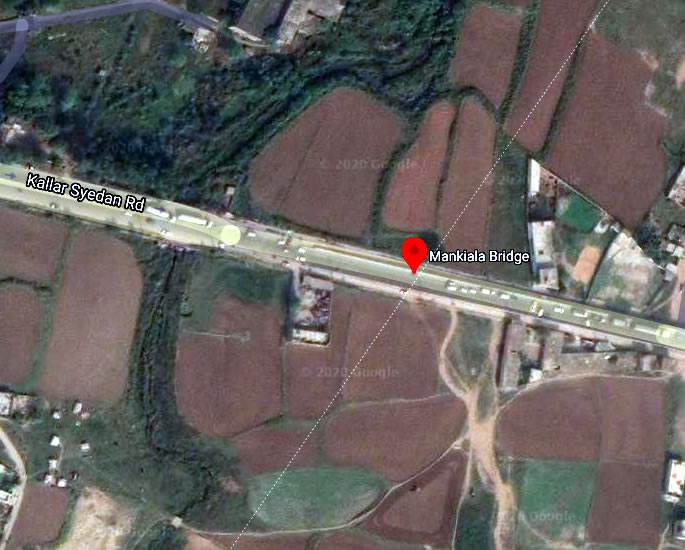 The family then stopped out of fear they would be shot. The armed gang got out of their car and approached Mr Mughal and his family, threatening them.

The family were then held at gunpoint and tormented. The armed robbers aggressively demanded that the victims hand over money and their belongings.

It was reported that the gang told the victims to hand over their wallets and purses.

They were then forced to hand over gold jewellery that was worth tens of thousands of rupees. Their mobile phones and passports were also stolen.

After taking their valuables, the armed robbers fled the scene.

Following the terrifying ordeal, the family lodged a case with officers at Rawat Police Station.

Police registered a case and an investigation has been launched to look into the incident endured by the victims.

Based on the belongings that were stolen, police believe that the UK-based family members had been visiting Pakistan for a family wedding.

Armed robberies on tourists is a terrifying ordeal but is not uncommon.

In a similar incident, a couple from Leicestershire was in Peru when they were held up on their tour bus by six armed men.

“All of a sudden the driver started panicking. Six heavily armed gunmen jumped out from the bush and stopped the bus.

“They stormed onto the bus, held us all at gunpoint and they started to steal everyone’s belongings.

“Obviously we were scared. We tried to keep as still as possible.

“One of the robbers leant over me to search my wife’s hands, during which his gun was resting into my neck.”

The tour guides, who were translating the gunmen’s demands, told the passengers to keep their heads down and do whatever they say.

Dr Vadher and his 28-year-old wife avoided having anything stolen as their bags were underneath their seats. However, 10 other tourists had passports, wallets and cameras taken.

The couple called the incident “frightening” but went on to continue with their holiday.

Dhiren is a journalism graduate with a passion for gaming, watching films and sports. He also enjoys cooking from time to time. His motto is to “Live life one day at a time.”
Rage over Ashram Leader molesting Mentally ill Girl on CCTV
Restaurant Worker used False Identity to Stay in UK