Is the Era of Bhangra Bands over?

Bhangra music today is a very well known genre of music. However, it was known for its bands and live music especially in the 1980s and 1990s. DESIblitz looks at the changes and asks the question is the era of live Bhangra bands over?

From the days of ‘Modern Punjabi Music’ with bands Bhujangy Group, Anardi Sangeet Party and AS Kang in the 70’s, to it exploding in the 80’s with groups like Alaap, Heera, DCS, Malkit Singh and Apna Sangeet; it is now primarily led by DJ’s and music producers featuring singers.

So we ask the question, is the era of live Bhangra bands completely over now?

Because at one time especially in the 80’s and 90’s, live music and bands were the pinnacle of Bhangra music in the UK.

Bhangra mainly got recognised in the early 80’s as a music form. Prior to that, it was seen as a traditional dance from the Punjab performed by many well-known dance groups in the UK. 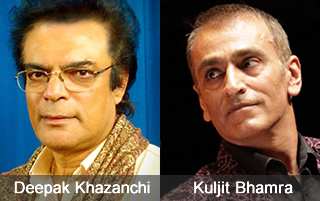 The emergence of London based music directors such as Kuljit Bhamra and Deepak Khazanchi introduced the pioneering sounds of mixing traditional folk style Punjabi music with western instruments.

This led to bands which were produced by them becoming household names on the scene of this new music form known as Bhangra. The groups included Alaap, Premi, Heera and Holle Holle.

The 90’s then went on highlight popular live Bhangra acts such as Malkit Singh, Jazzy B, The Safri Boys, Sukshinder Shinda and many more.

These were the times when bands were rampant on the live circuit. From day-time gigs to literally every wedding, these groups represented a live sound of Bhangra which was fresh, individual, entertaining and filled dance floors. 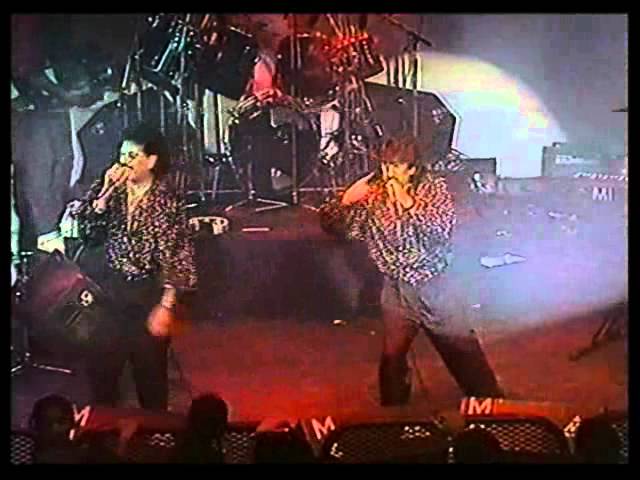 Groups were seen performing at lots of shows and functions, and the fan following of these bands was immense. Singers such as Channi Singh, Dhami and Kumar, Malkit Singh, Shin (DCS), Sardara and Bhamra and Balwinder Safri were in huge demand, not just on their own but as part of a live band.

Venues such as Hammersmith Palais, The Dome, The Corn Exchange and Alexandra Palace were very popular for gigs.

All the bands had their own identity, lead singers, stage costumes, highly recognised live musicians, and sounds and song sets which elevated them to fame. Glitter costumes, big hairstyles, white jeans and traditional instruments were all part of the make-up.

One of the top live bands was Alaap with lead singer Channi Singh, accompanied by an amazing group of very talented musicians. Their sound was tight, vocally enlightening and very professional.

Other bands which were followed for their performances included Malkit Singh, the Safri Boys, Heera, The Sahotas, Apna Sangeet and DCS. Their live acts always left fans wanting more.

Then came the significant change, where DJ’s and music producers began to start producing Bhangra music more and more on their own, instead of the bands themselves.

Featuring the vocals of band singers, who were happy to perform for them, even without their bands.

This led to a gradual demise in bookings for bands and led to the phase of Bhangra music in the UK dominated by acts miming on stage in Personal Appearances (PA) and songs produced with a huge electronic and sampling influence.

Therefore, with bands not in demand as they were before, the Bhangra scene evolved to it being the face of music producers and DJ’s at the fore-front and artists merely being featured as vocalists on tracks, leaving live music and bands behind. 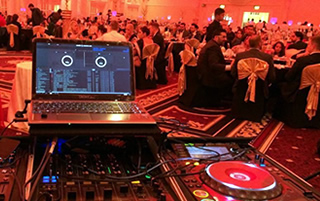 Bhangra record labels naturally supported the change because it is all about sales and numbers for the business of music. Whereas, for the bands, it’s resulted in a loss of income because of the lack of demand.

Bhangra music today very much encompasses the use of technology to produce the music and digital recordings of vocals which can be tweaked and even ‘cut and pasted’ not requiring singers to sing full songs in studios.

Videos play a major role with the advent of YouTube along with official music charts to support and promote Bhangra music. But this is not providing a living for many artists compared to bands from the past, who made money from performing live, touring, as well as releasing records.

The change has led to an insurgence of tracks from India with artists such as Miss Pooja and Satinder Sartaaj releasing albums and songs, which they follow up with live performances on tours to the UK. 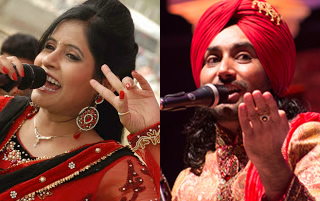 But this is not the case so much with UK based artists as it once was. Although there are many news artists and performers, these acts tend to perform at seasonal melas and club nights but not in the way live Bhangra bands once ruled the stage.

Although, there are still acts like Jazzy B, Shin, Sukshinder Shinda, Jaz Dhami, JK, The Legends Band, Bhujahangy Group and Malkit Singh who do still perform live in the UK, it is no where near to what the live band scene was like in the past decades.

So, unless, something dramatically changes in the way Bhangra music is represented in its live format, where the demand for Bhangra singers singing with live musicians on stage returns; it’s likely that the era of Bhangra bands could be well and truly over.

Jas likes to keep in touch with the world of music and entertainment by writing about it. He does like hitting the gym too. His motto is 'The difference between the impossible and the possible lies in a person's determination.'
Singer San2 Jailed for Sexual Assault
The UK’s Biggest Bhangra Competitions