Bollywood recreates a Yorkshire racecourse into the Nazi era for movie ‘Gold’. It will explore how India won its first Olympic medal, post-Independence.

"It's a different approach to Bollywood - It's trying to recreate that world of 1948."

West Yorkshire witnessed an unusual sight as one of its race-courses became transformed into a Nazi era setting. It sounds puzzling, but Bollywood producers organised the recreation to shoot scenes for an upcoming movie.

Entitled Gold, it will explore how India won its first Olympic medal, post-Independence in 1948.

However, the film will also include a series of flashback sequences. One of which will show the 1936 Berlin Games, when the Nazi party governed Germany.

While Reema Kagti directs the upcoming sports film, Akshay Kumar will feature as the lead.

Producers chose a series of locations in West Yorkshire for its recreation of the Nazi era. In Doncaster Racecourse, it displayed a strange sight of flags depicting the swastika and actors dressed as soldiers.

Others actors also wore the national sports kit, along with the Olympic flag displayed.

Gold will also include the areas of Bootham Crescent ground, which producers recreated as the Berlin Olympic Stadium, and Dalton Mill in Keighley.

The Bootham Crescent ground undergone its transformation to the Nazi era, in early August 2017. While producers made no changes to its exterior, extras could be seen inside the football stadium. 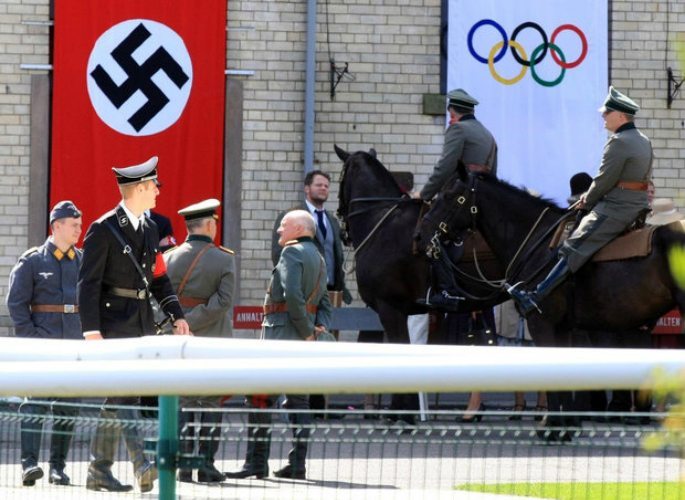 “Gold is quite a big production, with about 2,000 extras from across Yorkshire filming between now and August. Vintage vehicles and characters in period clothing were brought in for the shoot.

“It’s a different approach to Bollywood – It’s trying to recreate that world of 1948.”

In July 2017, Akshay Kumar revealed the first look of his role in Gold. Showing a black-and-white image of himself, it reflected the time period of the movie well.

Set out on a brand new journey, aiming for nothing less than #GOLD! Day 1 of Gold, need your love and best wishes as always 🙂 pic.twitter.com/TiOhw9P3YV

Back in 1936, the Berlin Games acted as the last Olympics before the Second World War. During, the famous sports events became suspended and only resumed in 1948. 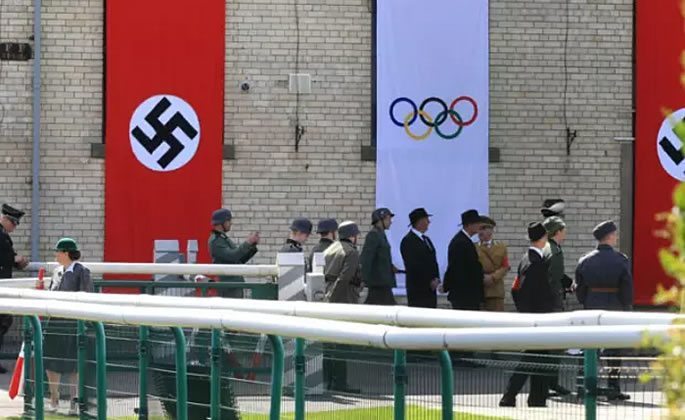 This became the location where India won its first Olympic medal after Independence in men’s hockey. The team beat the hosts of the 1948 Games, Great Britain, in the sport’s final.

As shooting continues, no news has emerged on when Bollywood fans will get a chance to watch a trailer for Gold. With an expected release date sometime in 2018, it will be interesting to see how this era of Nazi Germany recreated by Bollywood, looks on the big screen.