The Desi Contestants of Great British Bake Off 2020

The contestants of the 2020 series of ‘Great British Bake Off’ have been unveiled and there are two Desi participants on the baking show.

"everything was different, but everybody wanted to do it."

Two Desi contestants will be hoping to win the 2020 series of Great British Bake Off.

Channel 4 unveiled the 12 people taking part in the 11th series of the popular baking competition.

While the Great British Bake Off returns on September 22, 2020, filming had been delayed because of the Coronavirus pandemic.

The show also returns with some changes. Matt Lucas will replace Sandi Toksvig as host, joining the returning Noel Fielding.

Judge Paul Hollywood and Prue Leith will be judging the best-baked treats in the famous white tents.

The upcoming series takes place at a private location in Essex after five years of filming at Welford Park in Berkshire.

Due to the pandemic, all cast and crew have been undergoing regular testing in an isolation bubble.

An extensive list of safety rules were written up which even included packets of flour being cleaned several times.

Executive producer Kieran Smith said: “Everything was complicated, everything was different, but everybody wanted to do it.”

Contestants had to quarantine for nine days and then give two negative Covid-19 tests.

This year’s participants include a pantomime producer, an armoured guard and an amputee who uses baking as a form of therapy.

Two Desi home bakers will also take part in the show and will be looking to impress Paul and Prue with their baking skills. 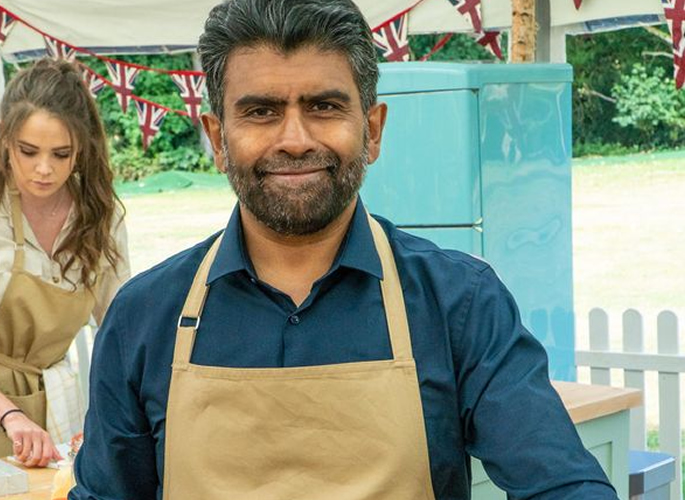 Makbul is a 51-year-old accountant from Greater Manchester. He is a self-taught baker who refined his skills through TV shows and famous chefs after cooking as a means to support his mother.

He revealed that he has an ability to measure out ingredients by eye and enjoys making traditional nankhatai biscuits.

Makbul said that pastries are where his strengths lie and he usually makes them for special occasions.

He said: “As a baker, one of my biggest strengths is that I’m not daunted by much. I will have a go.

“My biggest weakness is the mess I create, To see the tent for the first time was thrilling.”

“To actually go into it was like stepping into another world, “at last, I am here’!”

While he has stated his strengths, Makbul admitted that his three grown-up children are his harshest critics. 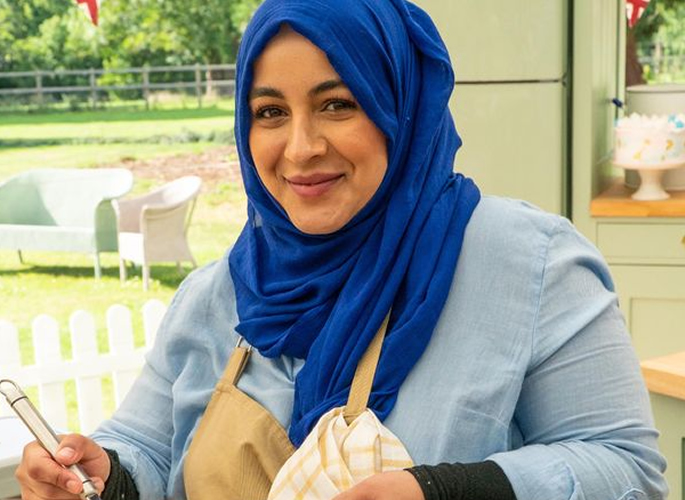 Sura is a 31-year-old pharmacy dispenser from London. She lives with her husband and grandmother.

She has a diverse heritage and experiments with various ingredients to pay homage to her Indian, Syrian, Iranian, Iraqi and Turkish roots.

Sura loves to work with fragrant flavours such as cardamom and orange blossom.

On the show, she revealed that she was excited to meet Prue the most, saying that she inspired her own baking skills.

Sura said: “I was looking forward to meeting Prue the most.

“I have watched her for many years on TV and I just loved her passion for food and flavours and her immense knowledge on it all.

“She inspired a lot of my baking in my early 20s.”

The 12 hopefuls will be looking to take home the prestigious title of Bake Off champion, which was won by David Atherton in 2019.

Although the show is just around the corner, Kelly Webb-Lamb, deputy director of programmes and head of popular factual for Channel 4, admitted it was an “enormous” feat getting the show back on air.

Dhiren is a journalism graduate with a passion for gaming, watching films and sports. He also enjoys cooking from time to time. His motto is to “Live life one day at a time.”
Nitesh Rane says Rohan Rai linked to Disha Salian Death
Jaya Bachchan Criticises those who have Attacked Bollywood