The Concept of Nothing: Ancient India Invents ‘Zero’

The revolutionary invention of ‘zero’ set the foundations of a modern world and this historical journey began in India, from nothing at all.

"The findings show how vibrant mathematics have been"

The number zero [0] has not always been a number. This is a relatively new invention that has utterly changed the world of mathematics.

It has actively helped the development of modern technology, as well as subjects such as calculus and engineering.

When used as a counting number, the ‘zero’ emphasises that there are no objects present.

In fact, it is the only real number that cannot be defined as either positive or negative.

This revolutionary invention has a long history that dates back to the foundations of the modern world.

From the Sumerians to the Babylonians, they have all passed down the concept of ‘zero’ from century to century.

However, ancient India transformed the concept of nothing into the integer as we know it today.

‘Zero’ is a real number that indicates emptiness, absence and a lack of objects. DESIblitz explores the rich history of how it all started. 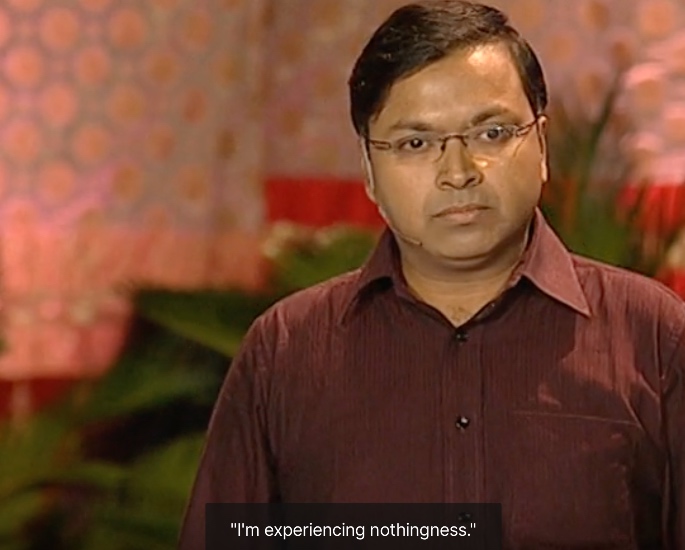 At his TED talk, Devdutt told a short story of Alexander the Great, who visited India and met a man known as a gymnosophist.

That was a wise, naked man – a monk or perhaps a yogi who sat on a rock and stared at the sky.

Pattanaik elaborated on the story, saying:

“Alexander asked, ‘what are you doing?’

“And the gymnosophist answered, ‘I am experiencing nothingness. What are you doing?’

“Alexander said, ‘I am conquering the world,’ and they both laughed.

“Each one thought that the other was a fool, and was wasting their life.”

Pattanaik’s tale demonstrates how ancient India was philosophically open towards the concept of nothingness.

Although, this story happened a long time before the introduction of ‘zero.’

According to the BBC, yoga and meditations encouraged the emptying of the mind.

In addition, Buddhism and Hinduism already embraced the concept of ‘nothing’ in their teachings.

On the other hand, other civilisations never developed it as a number in their own right.

Particularly during early Christian Europe, the very concept of ‘zero’ was representative of nothing and went against the idea that God represented everything.

The religious authorities of the time banned the number ‘zero’ as they considered it to be satanic.

However, embracing the very concept of nothingness led ancient India to invent and develop the number ‘zero’, marking history forever. 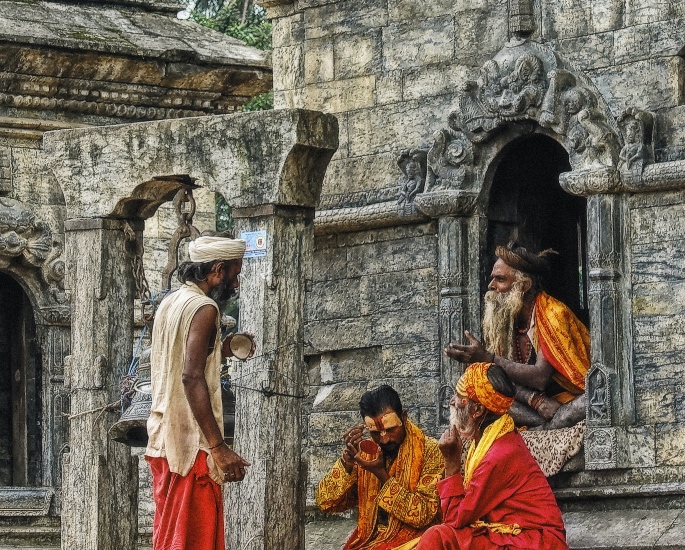 Notably, the Sumerians were the first civilisation to have invented a counting system.

The Akkadian Empire passed down this system to the Babylonians in 300 AD, suggesting that the role of ‘zero’ was that of a placeholder.

Becoming a placeholder meant ‘zero’ is not worth anything on its own but can change the value of other digits.

The Babylonians used to leave a blank space where a ‘zero’ was needed, leading to confusion and hardship.

As a result, they decided to use the symbol of a double angled wedge to be representative of what we know today as ‘zero’.

However, an organisation based in the Netherlands studies the origins and development of the ‘zero’, called the Zero Project.

They give credit to India for independently developing the concept of ‘zero.’

“In ancient India are found numerous so-called ‘cultural antecedents’ that make it plausible that the mathematical zero digit was invented there.”

“The Zero Project hypothesises that mathematical zero may have arisen from the contemporaneous philosophy of emptiness or Shunyata.”

Interestingly, Dr George Gheverghese Joseph, author of The Crest of the Peacock: Non-European Roots of Mathematics (2011), said the ‘zero’ appeared in India in 458 AD.

The word ‘zero’ derives from the Sanskrit word ‘shunya’, which means ‘void’ or ’empty.’

According to Live Science, that is a derivative of:

“A Buddhist doctrine of ’emptiness’, or emptying one’s mind from impressions and thoughts.”

In addition, Dr van der Hoek has in fact said:

“We are looking for the bridge between Indian philosophy and mathematics.”

This illustrates how the foundations of ‘zero’ grew from the roots of ancient Indian civilisation. 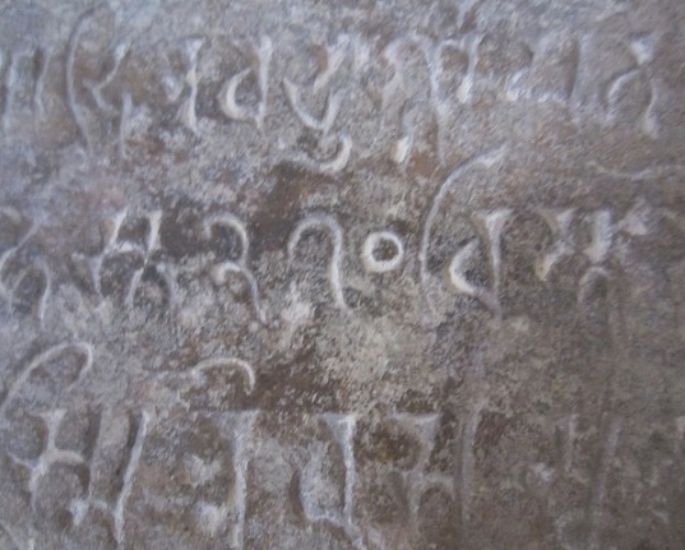 Significantly, Mariellen Ward, a writer for BBC Travel, explained the importance of Gwalior, India, the city containing the ground zero for ‘zero’:

“In Gwalior, a congested city in the centre of India, an 8th-Century fort rises with medieval swagger on a plateau in the town’s heart.

“But look among the soaring cupola-topped towers, intricate carvings and colourful frescoes.

In 1881, Chaturbhuj Temple became famous after a 9th-Century inscription of the number ‘270’ was found firmly carved into the stone wall.

In fact, The University of Oxford stated that this was the oldest example of ‘0’ written numerically.

However, the earliest recorded use of ‘zero’ actually dated back 500 years.

Carbon dating revealed the carved inscription was written in the 3rd or 4th century, rather than the 9th.

One of the professors of mathematics at the University of Oxford, Marcus du Sautoy, states:

“The creation of zero as a number in its own right, which evolved from the placeholder dot symbol found in the Bakhshali manuscript, was one of the greatest breakthroughs in the history of mathematics.

“We now know that it was as early as the third century that mathematicians in India planted the seed of the idea.

“That would later become so fundamental to the modern world.

“The findings show how vibrant mathematics have been in the Indian sub-continent for centuries.”

This is fundamental in developing one’s knowledge of how the idea of ‘zero’ progressed through the centuries.

Foundations of the Modern World: the Zero 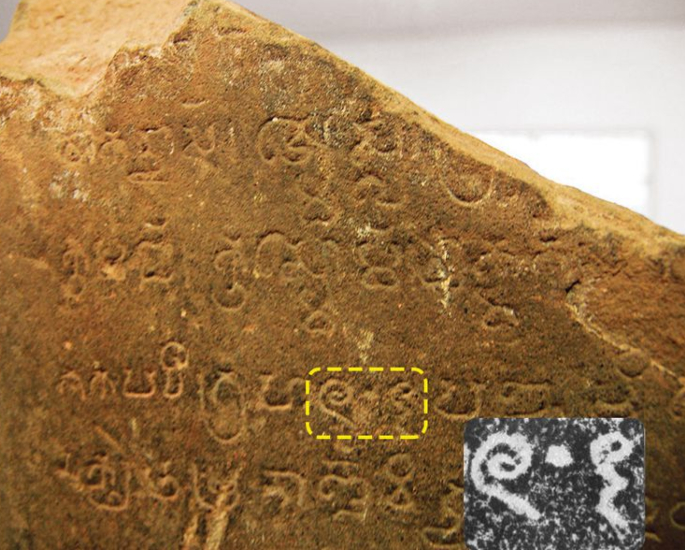 Moreover, Brahmagupta firstly defined ‘zero’ and its operation in 628 AD.

He was a Hindu astronomer and mathematician who developed the ‘zero’ symbol: a dot underneath numbers.

Without claiming to have invented it, the Zero Project assumes that the number ‘zero’ was already around for some time.

Initially, the ‘zero’ was banned as it was considered satanic or even hearsay.

“Some of these ideas that we take for granted had to be dreamt up.

“Numbers were there to count things, so if there is nothing there why would you need a number?”

Of course, the numeral ‘0’ became the foundation of the modern world, underpinning the digital age.

Likewise, recognised philosophers and/or scientists like Descartes, Leibniz and Isaac Newton started using the number ‘zero’ by the 1600s

Therefore, the calculus developed upon the integer ‘zero’ rendered possible and easier physics, engineering, computers and much of financial theories.

“So commonplace has zero become that few, if any, realise its astounding role in the lives of every single person in the world”.

Conclusively, the long history that dates back to the foundations of the modern world took a revolutionary turn in ancient India.

In fact, communities have embraced and taught this concept of nothingness, passing the knowledge on to future generations.

From scriptures to elite technology, ‘zero’ has been crucial in developing the world as it is today.

This trajectory of ‘zero’ began in India. From nothing at all, it became one of the most overlooked turning points in history.