Taxi Driver Jailed for Possessing Weapons and Drugs worth £1.7M

A British Asian taxi driver has been jailed after police discovered he had stashed weapons and drugs worth £1.7M, including heroin and cocaine.

In total, the raid recovered 8 weapons and £1.7 million worth of drugs.

A British Asian taxi driver received a jail sentence after police recovered various weapons and drugs from his properties. They discovered he owned a drugs empire worth £1.7 million.

On 14th December 2017, the judge sentenced Mohammed Asif to 20 years and 10 months in jail. The trial took place at Wolverhampton Crown Court.

The court heard how the 30-year-old attempted to evade arrest after police raided his residence in Smethwick. He jumped out of his upstairs window on 26th May 2017 but landed on a wheelie bin.

Officers immediately arrested him and searched through his property.

They found £60,000 worth of heroin and cocaine, hidden in different places around his house. The raid also recovered an extensive collection of mobile phones, face masks, knives and digital scales, as well as £45,000 in cash found behind settee cushions.

Police also discovered two sets of car keys, which Asif claimed were both for his car, a Skoda, parked outside. However, only one worked for it.

In addition, officers conducted another raid on a property linked to the 30-year-old. They found a second Skoda vehicle, which prosecutor Nicholas Smith described:

“When opened it was found to be packed with drugs and guns.”

Inside the second car, they recovered three revolvers; two loaded and ammunition for the third.

Officers also discovered a shotgun and cartridges, a stun gun and heroin worth around £1.2 million, stored as 23.5-kilo blocks.

Cocaine was also found, which would have been used to create a batch of Spice worth £50,000, as well as 200 rounds of ammunition. In total, the raid recovered 8 weapons and £1.7 million worth of drugs.

Mohammed Asif pleaded guilty to charges of possession with intent to supply heroin, cocaine and synthetic cannabis. He also admitted to possession of firearms and ammunition. 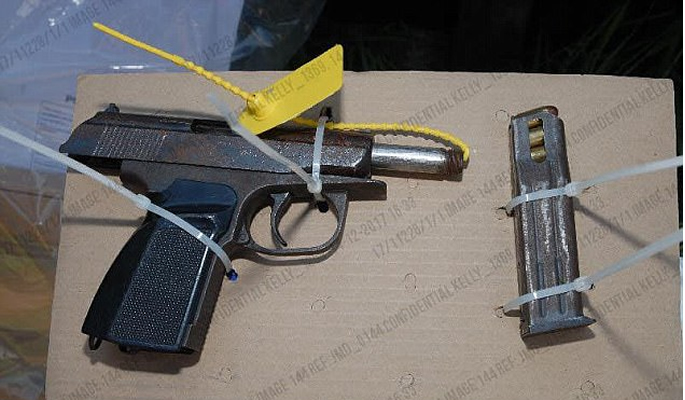 His defence lawyer, Mr Oliver Blunt, explained that Asif bought and sold cars while also working as a taxi driver, yet received an “extremely modest” income. He also added:

“He has no history of ever being involved in anything of this kind before. It is completely out of his league and suggests there must be others involved. But he accepts that, even if he was not the leader, he was playing a leading role.”

“This sentencing should serve as a strong warning that drugs and illegal guns in our region will not be tolerated.”

The 30-year-old will now begin his long jail sentence.