The man who is accused of murdering 21-year-old nursing student Jasmeen Kaur has been identified as Tarikjot Singh.

Tarikjot Singh has been identified as the alleged killer of Jasmeen Kaur, whose body was found buried in a shallow grave in outback South Australia in March 2021.

His identity was revealed after a 30-day court-ordered suppression lifted.

Singh, aged 21, of Kurralta Park, Adelaide, was charged with Ms Kaur’s murder after her body was found buried at Moralana Creek, near Hawker, on March 7, 2021.

The nursing student and care worker was last seen leaving her workplace at Southern Cross Homes, Plympton North at around 10 pm on March 5.

She was reported missing the next day.

Singh was initially charged with failing to report a death to the coroner. It was upgraded to murder.

He appeared at Port Augusta Magistrates Court on March 9 where Magistrate Gregory Fisher ordered Singh’s name and image to be suppressed for 30 days.

During the hearing, it was heard that Singh was in Australia on a student visa and had spent time in a mental health short stay unit in 2021.

Police alleged that Singh took the 21-year-old “by force” from the car park of her workplace after her shift.

He then allegedly murdered her.

Singh was interviewed on March 7, 2021, and led detectives to the site of Ms Kaur’s grave. However, he denied any responsibility for her death.

Detective Superintendent Des Bray said Ms Kaur was spotted in a vehicle at 10:46 pm which travelled to Willaston near Gawler.

He said police believe Tarikjot Singh drove down South Road and missed the exit at Virginia.

Singh then allegedly performed a U-turn, returned to Port Wakefield Road and then travelled north.

“We’d appeal to anyone with dashcam [footage] that night at about 11:00 pm on the road to Gawler or Willaston to make contact with us.

“That would be very important to the investigation.”

He said the vehicle activated another safety camera at 12:09 am at Two Wells and then at 12:40 am at Port Wakefield.

At 3:07 am, the vehicle went through safety cameras at Stirling North. 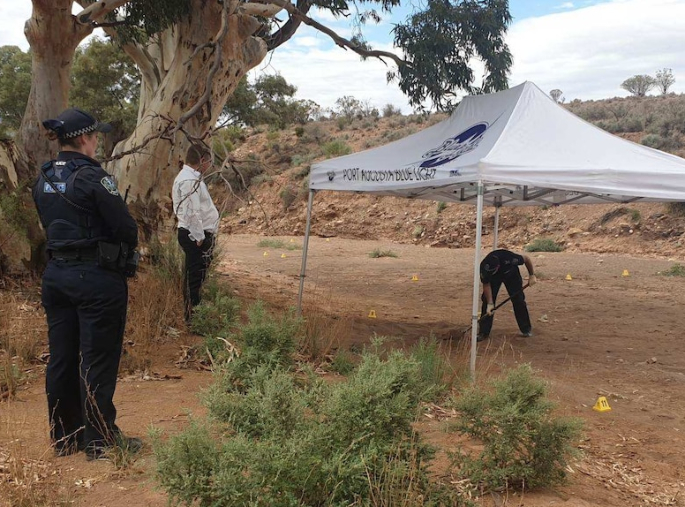 In mid-March, Ms Kaur’s family and friends held a memorial at the site to remember her.

Flowers, teddy bears and candles were laid before prayers were made.

The group planted native plants and trees while a wooden tribute was also attached.

Sam Bhardwaj, Ms Kaur’s uncle, said the family held the memorial where her body was found “to show the love”.

Her cousin Ramanpreet Kaur remembered Ms Kaur, known by her nickname ‘Jasoo’ as the ”most polite, kind-hearted and helpful girl”.

She said: “We are feeling very strange as we never thought in the rarest of dreams this could happen to our Jasoo… (and) she would say goodbye to this world in such a tragic way.

“I’m missing the conversations and the family times we had together.”

Dhiren is a journalism graduate with a passion for gaming, watching films and sports. He also enjoys cooking from time to time. His motto is to “Live life one day at a time.”
Business Coach’s Podcast to help Desi Women Entrepreneurs
Indians working with Mexican Drug Cartels hunted by DEA