The Symphony Orchestra of India will be performing Scheherazade in their UK debut at Birmingham’s Symphony Hall in February 2019.

"It's an orchestra that wants to give all it can."

The amazing Symphony Orchestra of India will be performing at Birmingham’s famous Symphony Hall on Tuesday, February 19, 2019.

They will be making their UK debut with an event titled Scheherazade, a masterpiece created by Russian composer Nikolai Rimsky-Korsakov.

Scheherazade is based on One Thousand and One Night and it refers to the main character Shahrazad.

The concert will also see tabla icon Zakir Hussain making his anticipated return to the UK.

Birmingham is the first of six concerts as part of their 2019 UK tour, running from 19-25 February.

The popular Orchestra will then move on from Birmingham to perform in other major UK cities such as London, Edinburgh and Cardiff.

Their debut in Birmingham will be one which resonates on a deeper level with audiences, especially as they have quickly become a world-renowned Orchestra.

Founded in 2006, the Mumbai-based Symphony group is the first and only professional Orchestra in India.

They have worked with iconic conductors from all around the world.

In just over 12 years, they have become a first-class cultural institution which continues to work towards international recognition.

It is a vital component of India’s growing prestige on the world stage.

More importantly, they are fulfilling a cultural and educational role in India.

The NCPA addresses the aspirations of young musicians and music-loving audiences in India by developing professional standards among its musicians.

As a result, the NCPA continues to grow as a centre of excellence and the Symphony Orchestra of India is their pinnacle.

“You have begun the great task of education, not only of your audiences but also of your youth, the musicians, performers and patrons of tomorrow.”

“You have lit an everlasting and ever-growing fire, desire and hunger for classical music with the generations to come.” 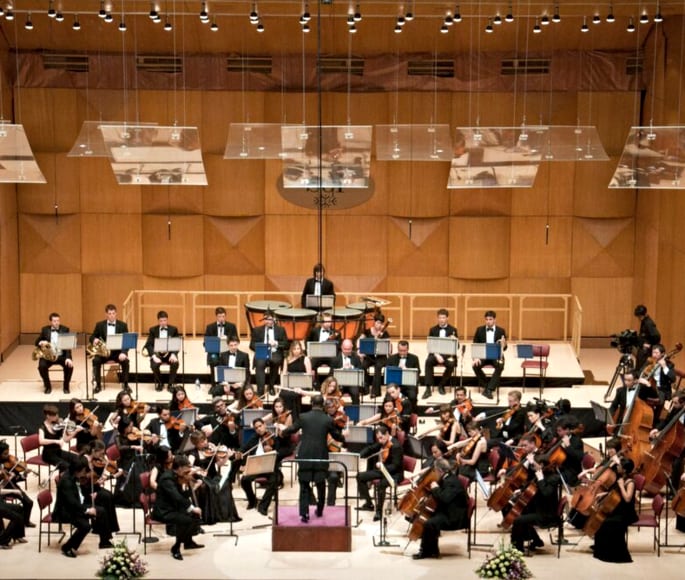 Despite it being their debut performance, the musicians are raring to perform at their best.

“It’s an orchestra that wants to give all it can.”

“There’s no complacency, they’re always striving to give the best and are completely open to new ideas.”

Their historic evening performance culminates with Rimsky-Korsakov’s modern retelling of a classic.

The Thousand and One Nights will be in vibrant colour and glittering splendour.

Also called Arabian Nights, the classical folk stories were adapted by Nikolai Rimsky-Korsakov into a musical masterpiece in 1888.

His work combines features which are typical of Russian music with the dazzling colours of the East.

The Symphony Orchestra of India has performed the classic piece multiple times to great applause, honouring and continuing Rimsky-Korsakov’s legacy.

Prior to that, tabla master Zakir Hussain makes his long-awaited return to Birmingham to perform Peshkar, a tabla concerto commissioned in 2015. 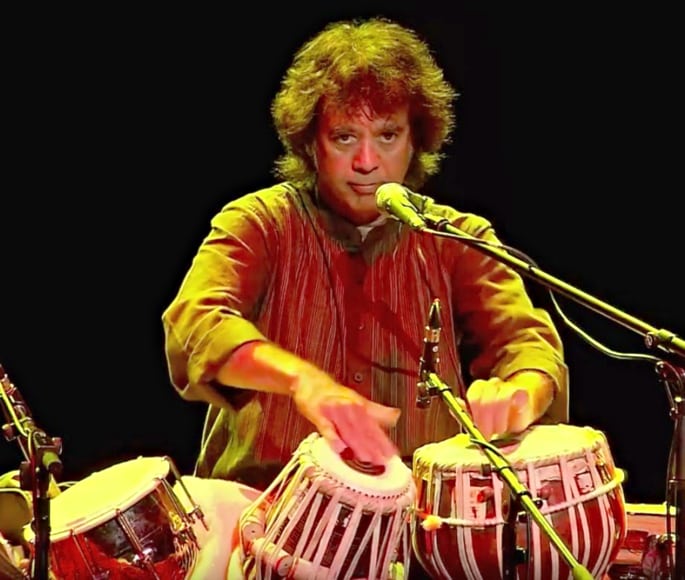 His Hindustani classical music style has made him a leading light in traditional music.

Zakir has raised the profile of tabla players, both as a solo performer and as an accompanist.

His performances have made tabla players more recognised. In the past, they were not considered very important to the performance.

Hussain’s return to the UK to showcase his tabla mastery will have audiences eagerly waiting in excitement.

Before the concert starts, there will be a talk by Associate Music Director Zane Dalal and will be signed by a British Sign Language interpreter.

The Orchestra players have all been excited to perform in the UK.

Khushroo said: “We’re all very excited for our visit.”

“I know the players are happy and I’m particularly pleased because for me it is a dream come true.”

The Symphony Orchestra of India is not the only musical ensemble or talent coming from India to perform at the prestigious Symphony Hall.

Bollywood playback singer Shreya Ghoshal performed some of her most memorable hits during May 2018.

The Orchestra’s upcoming performance promises to be a huge success and will increase their recognition significantly.