In this exclusive Gupshup, Suna Dasi talks about Steampunk and how she has put a Desi twist on it, alongside her experiences in the creative industry.

When one thinks of Steampunk, a lot of things come to mind: Victorian England, the industrial revolution and extremely trendy and avant garde fashion.

It has been described as neo-Victorian and can be found in stories, fashion, art, almost anything. However most of the perspectives are usually very white and ignores people of colour entirely.

This is despite the fact that the Indian occupation of Britain was a huge factor during this time, and shaped the era.

This is where Steampunk India comes in, with Suna Dasi at the forefront.

DESIblitz had the fantastic opportunity to talk to Suna about steampunk India, her works and how she has put a Desi twist on this very white subculture.

What is your ethnic background? Where did you grow up?

I am Indian/Dutch/Caribbean. I like to say that if I were tea, I’d be an East India Company Blend.

My ancestors were shipped from South India to the Caribbean as indentured plantation workers in 1861, on British East India ship The Travancore. My grandfather, whom I sadly never knew, was born on the plantation, but gained his freedom later in life.

I was born in The Netherlands and adopted by Dutch parents.

I’m fluent in Dutch and English, conversational in German and French, mediocre in Swedish and Italian and my sketchy Hindi is an embarrassment! 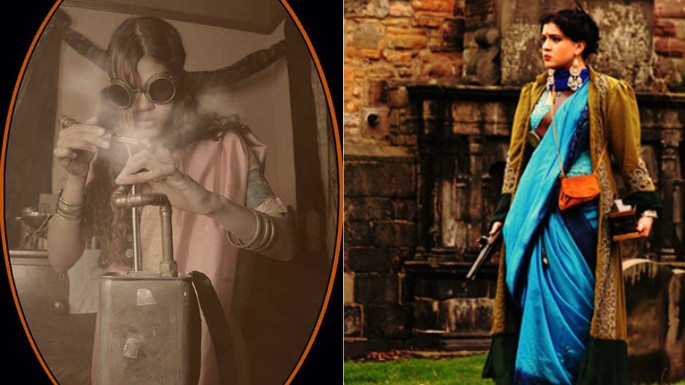 Can you explain what Steampunk is?

Steampunk is a cultural genre that mixes science fiction with the Victorian Era, creating an alternate universe where steam industry is an integral part of daily life.

Steam power is either combined with other means of generating energy and propulsion in that alternate universe, or the only means. The stories, characters and aesthetics of the genre are expressed in costuming, music, games, comics, writing and much more besides.

Satire and humour are an important feature, for example in fictional newspaper articles. Steampunk fiction often, but not exclusively, features paranormal or fantastical elements, mythical beasts, or appearances by characters and creatures from original Victorian Science Fiction and Fantasy novels.

One of the most characteristic expressions of Steampunk is the building of contraptions both whimsical and functional, that are shown in exhibitions and at conventions and even entered in races sometimes.

By default, Steampunk seems to be tailored to appeal to white Westerners who have a hankering after a time when good etiquette was a matter of pride, combined with the exquisite fashion that bedecked the middle ­and upper classes and the sense of wonder and discovery in the natural and scientific world of Victorian times, not to mention the rise of Industrialism.

When were you first taken in by the world of Steampunk?

I was always fascinated by the Victorian era, both from the connection with my personal history and the global ripples that the era created, still felt to this day.

I have always loved Jules Verne, H.G. Wells, H.R. Haggard and Sir Arthur Conan Doyle, to name but a few. One of my favourite books is Michael Moorcock’s Dancers at the End of Time.

Steampunk is a marvellous platform for expressing all of it and aesthetically one of the most pleasing genres to express it in. As a name, I didn’t encounter the word ‘Steampunk’ until some years ago, though it has been bandied about since the early ’80s. 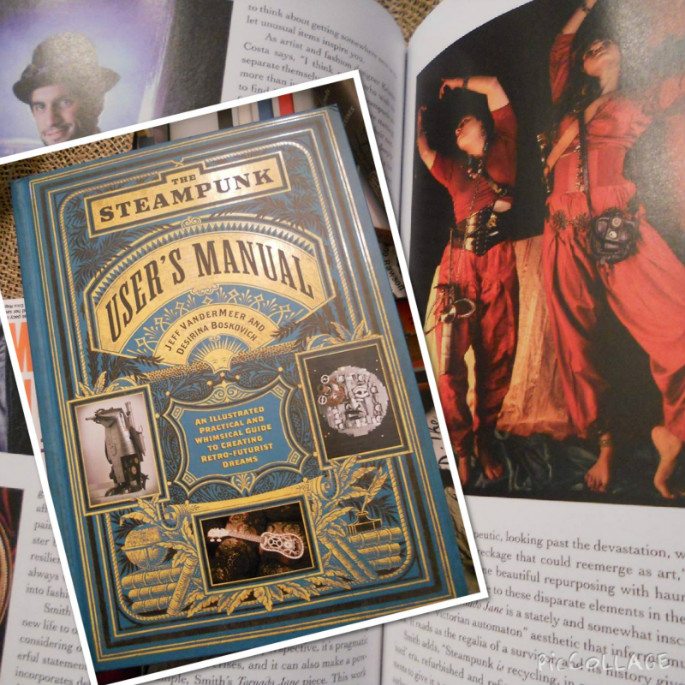 What are the main themes in literature focusing on the Victorian time period?

They very often involve alternate political backdrops to actual historical events (say, for instance, if the British Empire had never ceased to be powerful), coupled with the economics and mechanics of 19th Century industrialism.

Most likely there is an English hero or heroine, solving some dastardly plot concocted by cunning politicians, scientists or both, which, if successful, will have terrible repercussions for humanity at large.

Subplots often, but not always, include complicated (read interclass) love tangles, cameos by famous characters from original Victorian fiction like Dracula and famous historical figures such as Queen Victoria, and can feature supernatural elements.

The majority of Steampunk fiction operates with this standard premise, from Michael Moorcock’s Warlord of the Air chronicles onwards, which were published in 1971.

What gave you the idea to put an Indian twist on Steampunk?

When we read, we want an escape and an anchor at the same time. We want to escape into worlds beyond our own and we want a character we can anchor ourselves to, a way of sailing through the narrative.

Aside from a very few dusky damsels in distress or a few crudely drawn male martial sidekicks or stern warrior types, there was a dearth of actual Indian characters with developing stories.

League of Extraordinary Gentlemen’s Nemo is great because we follow him through the second half of his adult life, all the way to the very end. After he dies, his daughter takes the relay baton as the protagonist.

It’s almost unheard of for a non­-western character to have such a narrative run in Steampunk. On the other hand we have the fact that the Victorian Age transformed society and made it what is today. One of the biggest ingredients of that transformation was British rule in India.

It can perhaps be understood why I felt underrepresented within the genre once I started reading the fiction on offer.

India during the British occupation is a prominent and influential chapter in history, a chapter that has a deep political and cultural resonance to this day. It is really quite odd to completely ignore it as a part of the Steampunk genre. 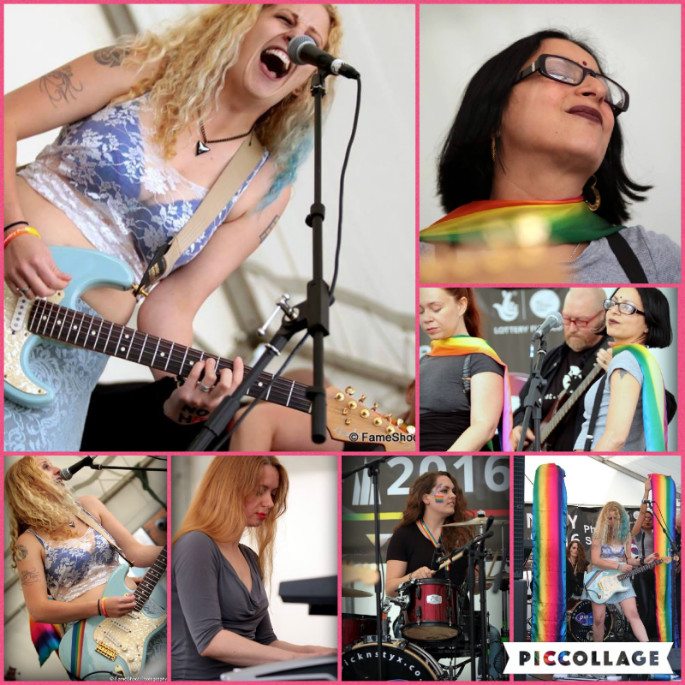 What is so alluring about the Victorian era?

This depends on who you speak to, but one thing that I believe speaks to us modern folk so vividly is the universal breeze of possibility that swept the world during that time. Science, Biology, Medicine, Industrialism, Art, Architecture, Philosophy, Poetry, Politics, Cultural alternative thinking.

In our time, we have become utterly blasé about being able to pick up a pocket sized lump of plastic housing a tiny computer and speaking to our cousin a continent away, within mere seconds. In 2012, we watched a man take a jump from space back to Earth: a feat that is such a marvel on so many levels that we’ve brushed over being amazed by the technology which gave us the possibility to view this in real time.

With this particular lack of wonder I believe some romance has been lost. I suspect most Steampunks are driven by romanticism and nostalgia, combined with the benefits of modern science. I believe this perspective even includes those Steampunks who have a more gritty socio­political or ecological agenda and are using the genre as their platform.

On your website you post many different short stories including ‘Wheeling and Dealing and ‘The Tinku Diaries’. What are these about?

‘Wheeling and Dealing’ is an introductory story to the world some of my fiction is set in. It follows Gan, who through his adventures, kicks off most of my world’s main storylines.

It was important to me to use a street orphan as the starting point as it seems that Steampunk literature has a habit of having the story occur through the point of view of a middle to upper class person.

It’s such an old storytelling tool to have someone seemingly insignificant swept up in the slipstream of national or global events.

Gan’s character was perfectly placed to start his journey in the back alleys of Mumbadevi, making several terrible choices and ending up knee deep in an adventure.

The Tinku Diaries is an original piece of fiction written especially for Yomi Ayeni of The Clockwork Watch Transmedia Project. The diary is kept by an Indian scientist’s wife, who records her experiences in London. 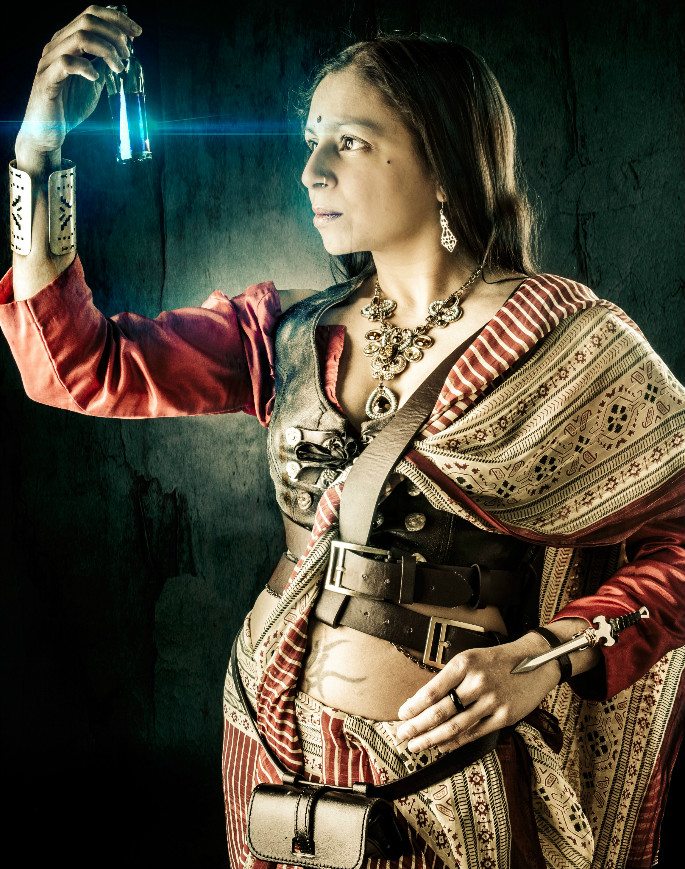 Who is your favourite character out of all of your written works?

Gita Rohini. She’s an airship pirate captain with a penchant for women. She is petite, extremely feminine looking, sharp minded, stubborn, violent and passionate, without making any concessions to her femininity.

She’s a lot like me, except for the violent bent….!

Are there other works also focusing on a multicultural approach to Steampunk?

There are a great many! Diana Pho of Beyond Victoriana is one of the pioneers of advocating the incorporation of all cultures in Steampunk, especially non-western ones. Her website and blog are a terrific resource of links, articles and individuals.

For those interested in reading Steampunk India writings, explore other multicultural fiction and people, here is a ­ by no means complete  list of links and recommendations.

Hopeless, Maine by Tom and Nimue Brown is a stunning comic that packs many Steampunk elements and has the added joy of a mysterious, mixed race female protagonist.

The SEA is Ours is a short story anthology that focuses specifically on Southeast Asian tales, has just rocketed into the aether, edited by Jaymee Goh and Joyce Chng.

Arjun Raj Gaind’s Empire of Blood comic explores an alternate India in which the British never left and in which the division of power has remained unaltered.