Bollywood super-star and public figure Shah Rukh Khan defends his actions after security guards
physically manhandled a group of children. As a result, The Mumbai Cricket Association has decided to ban the Bollywood actor for his misbehaviour.

“I was bullied, I was angry but I was not drunk”

Shahrukh Khan was prevented from entering the Wankhede Stadium after Kolkata Knights Riders beat the Mumbai Indians in the IPL on Wednesday 16th May 2012.

The Mumbai Cricket Association (MCA) alleged that the Bollywood actor, who also owns the Kolkata Knights Riders, was drunk and had manhandled a security guard on Wednesday night. They also alleged that Khan hurled verbal abuse to the officials and even to a female fan. The super-star was threatened with a life ban by some of the officials before the managing committee decided to ban SRK for five years.

Mumbai police ACP Iqbal Sheikh confirmed he could smell alcohol from the actor. When Sheikh was questioned as to why SRK was not tested for alcohol consumption, Sheikh responded “alcohol tests are usually carried out when an individual is under the influence whilst driving; under this circumstance it was most important to cool the situation down.” 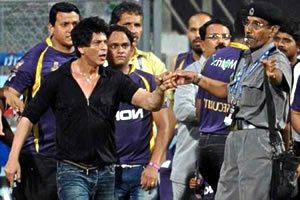 The MCA president Mr Vailasrao Deshmukh said “Khan’s unapologetic behaviour after an altercation with MCA officials at the stadium on Wednesday had left the MCA no other option but to ban him.”

“The rules apply to all – no one is above them.”

Finally speaking about the fight that took place on Wednesday night, the actor says he is owed an apology. Shahrukh Khan said: “I think they should apologise to me for behaving the way they behaved, I think they are extremely high-handed.”

Shahrukh Khan admits he did use abusive language but says he was provoked after security guards physically man-handled a group of children, he was accompanying, which included his daughter. He has denied that he verbally abused a female fan or manhandled or pushed anyone. SRK said “as an actor and a public figure we are never ever abusive or disregard an audience.” 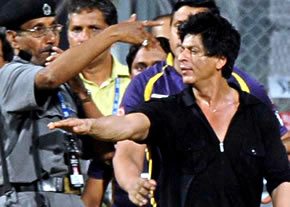 While the actor has said he was trying to protect the children, Mr Deshmukh has told the press that no complaint had been registered by Shahrukh Khan against the guards and officials. However, Mr Deshmukh also said if SRK wanted to make a complaint then the police can investigate both sides.

In a press conference that took place after Friday’s meeting, Mr Deshmukh told the reporters that if the actor decides to come back and appeal against the ban “then that matter is war now as there was no request, complaint or communication since the incident.”

The Mumbai Cricket Association has filed a complaint against the Bollywood actor.

The actor dismissed the MCA’s ban by saying he would not like to go to a stadium where people behave so high-handedly. “I took little children to the match and forty grown up people came charging aggressively at me. They were extremely aggressive. Some of the things they said I don’t even want to repeat. And yes I got angry.” He told reporters on Thursday.

Khan defends his action and said “I was extremely extremely disturbed that they should manhandle children, they were leaving the stadium and there was no right to touch little girls, who are not even thirteen years old physically. I think that is unpardonable.”

“I think my behaviour is absolutely correct, I will still do the same thing if they misbehaved with my children or children I’m taking care of.”

Khan told the press that he will file a complaint against the officials for their behaviour and the way they spoke.

The 52-year-old security guard, Vikas Balkrishna Dalvi actions that caused him under the media spotlight, denied having manhandled the children.

He claimed: “I watched what Khan said on TV. All I did was walk across to where the children were and blow my whistle. I only put my hand out to prevent them from entering the stadium. Then Khan came up from behind and began hurling abuses at me in English.”

Vikas added, “It is our duty to clear the stadium after the match is over. The first thing I saw was a group of children trooping into the premises after the event. I immediately halted them, and told them they could not proceed. Khan and two or three other inebriated men were following close behind and came running up to me. They then began shoving me aside, abusing me. Khan himself reeked of alcohol.”

“I am happy that the MCA has taken a stand and banned Khan from the stadium for five years.” 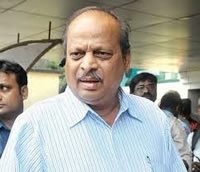 The MCA administers the Wankhede Stadium but the Board of Control for Cricket in India (BCCI) will make a final decision on the ban.

The SRK ban is not the solution to the problem which is bigger. Indian cricket is not run by the Franchisees but they are seen as custodians of the world’s richest cricket league, the IPL. The matter is definitely more intricate than portrayed by this issue.

Khan is one of Bollywood’s biggest stars and naturally the owner of KKR. This incident has brought both SRK and the tactics of the security in such situations into the limelight. Do you think the it’s right to ban Bollywood actor?

Aman is an outgoing individual with a genuine sense of humour, enthusiasm, a zest for life. She has a passion for the world of media, music and presenting. One of her favourite quotes is “Give a girl the right shoes, and she can conquer the world.” by Marilyn Monroe.
IPL 2012 Cricket Schedule
Kolkata Knight Riders win IPL 2012