Salman Khan Fails to appear in Court for Blackbuck Case

Salman Khan continues to avoid court appearances for the blackbuck case stating security and schedule issues. He was due in court on September 27, 2019.

Actor Salman Khan failed to stand before The District and Sessions Court in Jodhpur, in connection with the 20-year-old blackbuck (Indian antelope) case.

Salman cited security concerns for his absence on September 27, 2019. He was faced with a death threat by a supposed gangster.

On Facebook, an account by the name, ‘Gary Shooter’ posted a photo of Salman with a red cross.

Another social media post threatened Salman with consequences on September 16, 2019. The comments were found on the Facebook wall of the Student Organisation of Punjab University.

They stated previous controversial incidences that saw Salman come under fire. The cases were related to helping the poor, respecting girls as well as animal protection.

It was reported that security was increased around the court for his arrival.

His lawyer, Mahesh Bora, filed two court applications stating that the actor was occupied with his busy work schedule.

The previous court hearing on July 4, 2019, was missed by Salman. It was clear then that if he failed to comply with the court’s decision, his bail may be cancelled.

The last time he appeared in court was in May 2018, when he was approved bail. 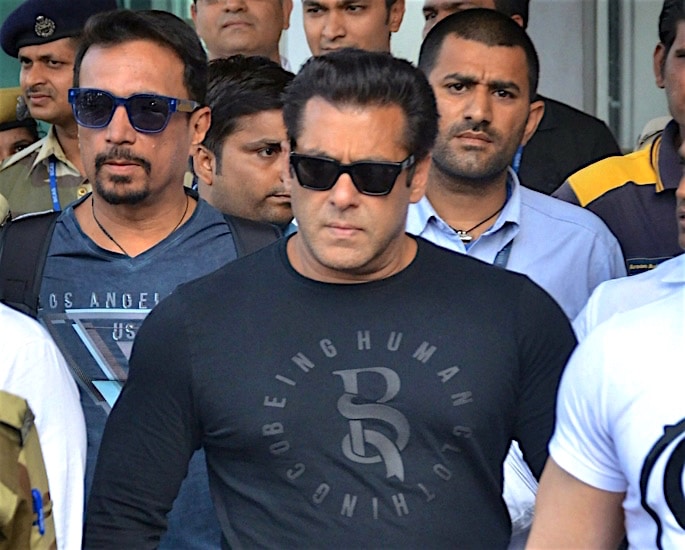 The on-going blackbuck case is deciding on his appeal against a court that sentenced him to five years’ imprisonment, in April 2018.

The infamous incident occurred on October 2, 1998. During the filming of Hum Saath Saath Hain (1999), Salman was accused of killing two blackbucks.

He was later charged with two separate cases. The first case was for hunting endangered animals, while the second was for offences under the Arms Act (1959).

This act was to strengthen and revise the law linked to weapons and ammunition.

The Bishnoi tribal group in Jodhpur view blackbucks as the creation of God.

Hence, any form of harming animals is considered a crime.

His co-stars, Saif Ali Khan, Tabu, Sonali Bendre and Neelam Kothari were suspects in the case. They were later discharged due to a lack of evidence.

According to the prosecution reports, gunshots were heard and the actors fled as villagers chased them.

The villagers are the primary witnesses as the case rests on their account of events.

Despite Salman continuously dodging court hearings, The District and Sessions Court has granted his plea.

The next hearing for the blackbuck case will take place on December 19, 2019, possibly deciding the fate of Salman.

Ayesha is an English graduate with an aesthetic eye. Her fascination lies in sports, fashion and beauty. Also, she does not shy away from controversial subjects. Her motto is: “no two days are the same, that is what makes life worth living.”
Sunny Leone to star in Web Series about Kamasutra
Bollywood actress Disha Patani says She is not ‘Hot’?