Rashami Desai said she spoke to Disha Salian a day before her death, calling her a ‘close friend’. But, her statements have drawn suspicion.

TV actress Rashami Desai has revealed that she spoke to Disha Salian a day before her death, claiming that she was a “very close friend”.

She said that she spoke to Sushant Singh Rajput’s former manager on June 7, 2020.

However, a number of inconsistencies have been pointed out in her statements.

Rashami claimed she did not know about the party Disha attended but insisted that they were “close friends”.

She said: “I did not attend any party. I know Disha Salian from a very long time but I do not know about this party which happened in Juhu.”

Rashami then said that she spoke to Disha on June 7 before revealing:

“We spoke very normally. We did not speak at length, actually, we said that we could not speak over the phone. Eventually, we had made some plans to meet later but then the next day I got the sad news.”

After saying that Disha was a “very close friend”, Rashami revealed that she had not spoken to Disha for six to seven months.

In her interview with Republic TV, she then contracted her initial statement.

“I only spoke to her for 5 minutes, and the very next day she did this.

Her contradictions were also pointed out in an Instagram Story that Rashami Desai shared following Disha’s death.

She said that she was part of a Zoom Call party for Disha’s birthday, which was on May 26, disproving her claim of not having spoken to her for seven to eight months.

When asked about Disha’s fiance Rohan Rai, Rashami refused to comment. However, there are social media pictures of the two with Disha, showing that they know each other. 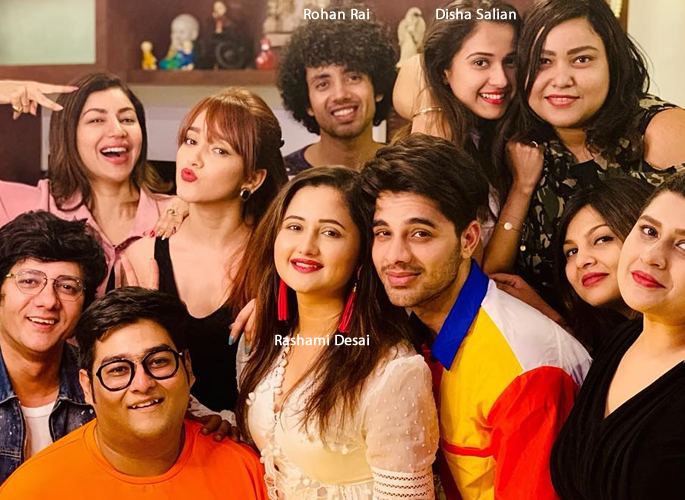 Rashami continued: “I think Disha was someone who was very well known in the industry, she has managed many big names.

“You should ask them what kind of person she was. She was a doll, she was very beautiful and a pure soul and I think the family is also not very comfortable talking about it.

“I have no idea about the 8th of June party. I am being honest, and I was not in touch with her for 7-8 months.”

Rashami then revealed that she and Disha were planning a trip to Shimla in October 2020.

Disha Salian died after falling from the 14th floor of a building on June 8.

It was reported that she took her own life, however, many believe that she was murdered.

BJP MLA Nitesh Rane agreed and has called for Rohan Rai to provide information as he knows the truth. Nitesh stated that Rohan is in hiding but knows about the party and his fiancee’s tragic death.

Dhiren is a journalism graduate with a passion for gaming, watching films and sports. He also enjoys cooking from time to time. His motto is to “Live life one day at a time.”
Nick Jonas reveals why Priyanka was ‘Upset’ after 1st Date
Vidya Balan opens up about being the ‘Fat Girl’