A Punjabi bride was kidnapped just hours before her wedding from a beauty salon and thrown into a car by a gang of seven men.

Talwinder had been harassing and stalking her for over six months

A 19-year-old Punjabi bride just hours before she was to be married was abducted suddenly from a beauty salon in Muktsar, Punjab, by seven men.

On Friday, January 25, 2019, two of the men from the gang observe as the girl arrived at the beauty parlour. They then informed the others as the saw the girl’s brother and cousin drop her off at the salon.

Then two of the gang members with firearms grabbed the girl as she struggled and dragged her towards a car that was waiting to kidnap her on her wedding day.

As they tried to push and drag her into the car, she fell out of the car onto the ground but they managed to still abduct the girl by forcing her back into the back seat.

The whole incident and abduction was caught by CCTV recorded at a shop next to the salon and shows the men grabbing her and scrambling to bundle her into the waiting car.

According to people who witnessed the kidnapping they said that two cars had stopped nearby the salon and that the rear door of one of the cars was left open, ready to take the girl by the two men who had hand guns.

Watch the video of the abduction:

It’s been revealed by police that the teenage bride is from Chak Paliwala village in Fazilka district and that one of the kidnappers, named Talwinder Singh of Bannawali village in Fazilka, was acquainted with the young woman.

Due to this shocking and traumatic incident, her wedding was cancelled and did not go ahead in Muktsar town.

According to information from the girl’s family, Talwinder had been harassing and stalking her for over six months.

Their daughter and Talwinder studied in the same school at Jandwala Bheemeshah village, Fazilka, in 2018. But due to the pestering by Talwinder, the girl’s family decided to move her to another school.

The matter had been reported to Veroke police station in Fazilka and the family had arranged the marriage of the young girl.

Upon finding out about her wedding, it’s been deduced that Talwinder with the other men, planned to abduct her and stop her from marrying.

Immediately after the kidnapping of their daughter, the family reported the matter to Muktsar police.

The girl’s brother reported that Talwinder Singh and Yadwinder Singh of Pakan village in Fazilka were the perpetrators of the abduction supported by other unidentified men who waited in the cars.

Muktsar SSP Manjit Singh Dhesi said that immediately after registering the report, they launched a major search operation with five police teams to find the girl. 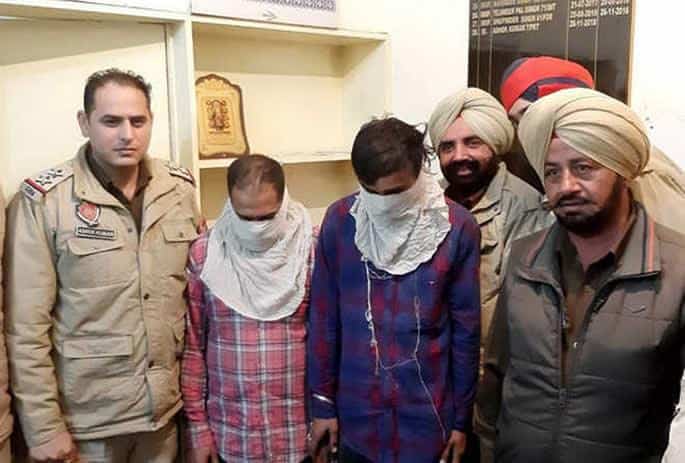 By the afternoon, the police located the girl at the bus stand of Ferozepur Cantt. It’s alleged that she was thrown out of the car by the abductors and they fled.

Since the abduction, two men from the gang, identified as Harpreet Singh and Baljit Singh of Muktsar, were both traced and arrested.

They have been charged with a case of kidnapping, criminal intimidation and under the Arms Act.

However, the police continue to search for the main accused, Talwinder Singh, along with four others from the gang.

Police are confident that they will find this man behind this horrid ordeal experienced by the young girl, who is in shock after what took place.

Amit enjoys creative challenges and uses writing as a tool for revelation. He has major interest in news, current affairs, trends and cinema. He likes the quote: "Nothing in fine print is ever good news."
Man aged 54 jailed for Paying 17-year-old Girl £200 for Sex
Indian Wedding fight over Meal leads to Divorce